Your health care information is heading to Maine.

And when it comes back, you won’t recognize it, because it won’t be yours anymore.

It will be encrypted, analyzed and crunched to the hilt so state health officials can learn a little something about the way medical services are delivered in Minnesota.

The Minnesota Department of Health is in charge of this venture, known as “Encounter Data Collection.” It’s part of the state’s new health care reform laws passed in the waning hours of last year’s legislative session.

The reason the data are going all the way to Maine, apparently, is because the Maine Health Information Center was considered the most qualified vendor. According to Minnesota Department of Health officials, the company in Maine has decades of experience and the capacity to handle the job above and beyond the two other entities that applied for the $1.2 million data contract. The other applicants were Ingenix, a subsidiary of United Health,  and an unnamed coalition led by the University of Minnesota.

Some privacy and health care advocates are not happy about this data collection “reform” and want the program scrapped or, at the very least, the data kept in the state.

Getting to know all about you
The kind of data to be sent to Maine is already being collected and stored by your health care plan or third-party administrator, the entities that pay out claims for self-insured companies.

That data include such items as the insured’s name, age, ZIP code, the date a patient went to the hospital or clinic, the doctor’s name, the diagnosis, treatments and medication details.

Jim Golden, the Minnesota Health Department’s director of health policy, says the patient’s name and address will be “de-identified” — i.e., encrypted — so that each individual data record is essentially anonymous to the person handling it in Maine.

“This is done with state-of-the-art techniques,” says Golden. “It’s one-way encryption. There is no key to un-encrypt it, no way to go the other way.”

After the Maine company “cleans” the data, Golden says, it will be sent to another vendor (yet to be hired) for analysis and the creation of a “provider peer grouping” system — a combination of cost, quality, and standards-of-care measures, also commonly referred to as best practices, or evidence-based medicine.

“This type of system for ranking and evaluating cost and quality is going on right now in health plans,” says Golden. “But all the plans do it slightly differently, with different emphases on what data to use and how to look at quality.”

Assistant Health Commissioner Scott Leitz says that Minnesotans right now are not getting the best value for their health-care dollar, noting that individual out-of-pocket expenses have more than doubled from $221 in 2000 to $619 in 2007.

In the case of diabetes, for example, Leitz says research shows that only one of every six diabetics in the state is getting the best care he or she needs to manage the disease.

“We have an opportunity to close the gap between what we know is best practices and what’s actually being delivered in the system,” he says.

Leitz says handing over peer grouping responsibilities to the state will make the process more transparent, fair, and standardized, and will lead to lower costs for patients and a higher standard of care.

Julie Brunner is executive director of the Minnesota Council of Health Plans, which represents the state’s nonprofit health plans. H her organization supports a move toward statewide peer grouping, but she doesn’t think the state needs to go all the way to Maine to get the job done.

“We’re 100 percent behind more transparency in the system. No question,” says Brunner. “But there’s a different way to do this that keeps the data inside the health plan. It could be aggregated in exactly the same way in every plan, then submitted to a group outside the plan [but still in Minnesota].”

“The addition of eligibility data increases what the [health] plans have to send to [Maine],” says Brenner. “And privacy advocates have raised huge questions regarding the gathering of this data.”

No “opting out”
Rep. Mary Liz Holberg, R-Lakeville, long has been an advocate for privacy and oversight of public records. The lawmaker pushed unsuccessfully last session for an “opt-out” provision in the health-care reform package. 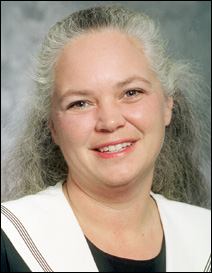 Consequently, the state does not need your permission to gather this data, so all Minnesotans with health insurance (93 percent of the population) will be taking part in the data collection.

“I believe that right now the whole system is tilted to benefit access without permission, says Holberg. “I don’t know where this is going long term. It’s kind of like a pendulum swinging process. As we move toward more electronic records, the public will become more aware of the pitfalls and problems, and it should swing back a bit. But, right now, I don’t think the public is very aware of what’s happening. There’s also a large segment of the population who doesn’t care. I can respect that.”

The group sounding the loudest alarm against data collection is the Citizens’ Council on Health Care, which advocates for the right to a confidential doctor-patient relationship. Twila Brase, a former RN and public health nurse, is the group’s president.

“Lots of people say, ‘I have nothing to hide in my medical records,'” says Brase. “And I say, ‘Have you looked? Do you know what’s in your medical record?’ ”

Brase and her organization have fought previous attempts by the Health Department to collect health data going back to 1995 and again in 2002. Last session was the first time the data collection, tucked into the larger reform package, became law.

Brase argues that once the government has access to medical data, the Health Department or the Legislature could use it for whatever they want in the future.

“The real issue is control and who will make the decisions,” says Brase. “And the government will claim ownership of our private data and use it against us.”

The Health Department’s Jim Golden says the state has no nefarious plans for the data and says that patient privacy will be maintained through de-identification.

Who decides the standard of care?
Aside from concerns over individual privacy, Brase questions the Health Department’s very justification for the data collection.

She says provider peer grouping, or evidence-based medicine, appears to be positive because its goal is to treat individual patients using the best evidence/practices derived from analyzed clinical data. Brase, however, says evidence-based guidelines are typically conflicting, incomplete and complicated, making it difficult for providers to comply.

“[Health Department officials] made it very clear their plan is to tier providers,” says Brase. “A small cadre of people will be looking at our data and deciding what is effective, what can and cannot be done.”

The Legislature has given the Health Department expedited rulemaking authority, which means it is exempt from having to hold public hearings in order to implement the data collection program.

This infuriates Brase and privacy advocates, who want more public awareness about the measure.

During two days of public comment last month on the data collection initiative, the Health Department received 562 emails and letters asking for a public hearing.

But Golden says there won’t be a public hearing as part of the rulemaking process.

“However,” says Golden. “I would say in many aspects of the reform package, including data collection, we’ve had public meetings with the health plans and providers about how we’ll be ranking them or how the data collection will be used and its limitations. We’ll continue to have those meetings. Anyone who wants to provide feedback or comments, they can.”

Golden says the Health Department’s new rule on data collection will be published by mid-March in the state register. Once published, the public has 30 days to comment on it. Golden says the program is scheduled to start this summer.