And in every campaign, pols promise they will deliver reform.

Presentation of tax bills by the House (on Monday) and the Senate (today) are becoming case studies on why it’s so very difficult to create the kinds of reform that everyone says they want.

Start with the House tax bill, which was unveiled Monday morning by Rep. Ann Lenczewski, DFL-Bloomington, chair of the tax committee.

Tax bill embodies ‘reform’ efforts
This is a document that is loaded with “reform”: It cuts loopholes for the wealthiest. It tries to help out the poorest.  It adds a fourth tier to the state income tax. It raises taxes on smokers and drinkers, which is easy to do. But it also goes after sacred cows, by doing such things as putting a cap on home mortgage deductions.

If it’s meaningful reform of the current system you want, this is the bill for you. There’s even a way for counties to come up with more revenue by creating a half-cent sales tax that would both produce money for the counties and lower costs for the state.

But Lenczewski knew what would happen even as the 63-page summary of the bill was being distributed to members of her committee and a roomful of lobbyists.

“We know critics will step forward,” she said. “There’s ammunition for folks looking for it.”

She took a deep breath and asked everyone in the room to look “at the big picture.”

No chance. Everyone was looking at small pictures – and often not liking what they saw.

But, for the sake of history, look at the big picture that the DFL-controlled tax committee wants people to see. The bill would create $1.5 billion in new revenue as the state tries to fill a $4.6 billion deficit.

This bill would create a fourth income tax tier, for Minnesota’s wealthiest. A married couple with an income of more than $300,000 would pay at a 9 percent rate, which would create $467 million in new revenue in the next biennium. In addition, the cigarette tax would be raised by 54 cents a pack (to the current Wisconsin level), which would generate another $187 million. The tax on a glass of wine or a shot of whiskey would go up about 3 cents, creating $209 million.

The bill has been carefully thought out, with progressivity and fairness in mind. Hours have been spent on all sorts of details. It covers everything from credits for small companies doing research and development to a change in the way farmers collect money on mandated bovine tuberculosis testing. (Corporate farmers would receive a grant equaling 25 percent of the expenses incurred in a calendar year. Other farmers would receive a grant covering 50 percent of the costs incurred.)

And it’s got no shot.

Forget the problems the House tax plan has with Republicans who have come united to St. Paul under Gov. Pawlenty’s no-new-taxes banner, the House bill won’t even pass muster with the Senate’s tax plan, which is being unveiled today. 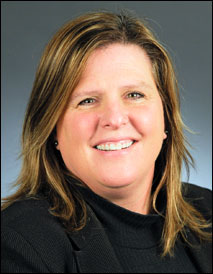 Why work so hard on something that’s got no chance?

“You want people to think about the ideas,” said an exhausted-looking Lenczewski.

Rep. Paul Marquart, DFL-Dilworth, the creator of the ideas surrounding county sales taxes, also was asked about the futility of so painstakingly putting together a plan that seemingly has no chance of going anywhere.

“You learn to live with it,” he said. “That’s how it works around here.”

Republican opposition to a bill that calls for tax increases is fully expected. Unlike a year ago, when six Republicans did slide over and help DFLers override Gov. Tim Pawlenty’s veto of a gasoline tax increase, it will be much harder to get the three Republicans needed to overcome any veto of bills like the one proposed Monday — and that assumes that all DFLers will hold firm for the package.

Last year’s transportation bill provided real, definable fixes for needed roads in the districts of the Republicans who joined up with the DFLers. In fact, Rep. Jim Abeler, one of the “Override Six,” was able to point out that people were dying on a bad section of road in his Anoka-area district.

A general tax increase, though, isn’t so specific or easy to sell.

But it isn’t just Republicans who have difficulties with some of the reforms in the bill. For example, one section calls for a sales tax to be charged when people sell their used boats, ATVs or snowmobiles. Currently, there’s a sales tax on such pre-owned gear only if it’s sold through a dealer.

“This bill is not going to get enacted,” Dill said. “We’re the state of lakes and trails!”

“We tax if you sell a used car to your neighbor, why shouldn’t we tax if you sell a used boat,” said Mullery, who came up with the idea to add the recreational items to the sales tax list. “I need a car. I don’t need a boat. Maybe there’s one exception we can add. If you live on an island, you need a boat. We can give people who live on an island an exclusion from the sales tax.”

One example of why change is hard
But Dill’s reaction to a few lines of a massive bill pounds home the point of how it’s virtually impossible to create reform.

Republicans, meanwhile, have bigger concerns. Rep. Kurt Zellers, R-Maple Grove, was placing little stickers on each of the pages of the summary of the bill to note his objections.

“This goes after the wrong people,” said Zellers. “. . . . It’s even got an iPod tax. (There would be a sales tax on digital products, currently exempt from taxing.) Tell you this, you put on an iPod tax and you will get kids who don’t care about politics involved.”

The May 18 deadline will loom ever larger. And talk of real reform likely will be put away until the next campaign.