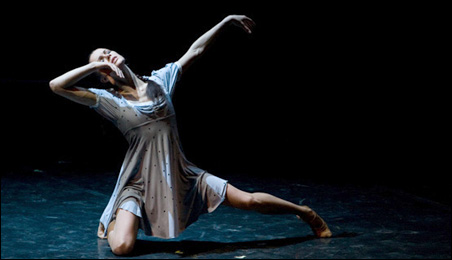 Photo by A. Kudryashova
A scene from Eifman Ballet of St. Petersburg’s ‘Onegin.’

Boris Eifman, the world-renowned Russian choreographer whose Eifman Ballet of St. Petersburg opens its latest U.S. tour tonight at the University of Minnesota’s Northrop Auditorium, leaves no one indifferent. More than 30 years ago, his work changed conservative traditions of ballet, reinforcing ballet as a universal form of human self-expression and sexual energy. It combines body and soul, the harmony of music, dance and acting.

Eifman drew critical applause and conquered American audiences from his very first tour in 1998 — including Minnesotans who saw his “Red Giselle,” “Russian Hamlet” and “Anna Karenina” in 2000, 2002 and 2007 at the Northrop. This tour showcases one of his most unusual ballets, the two-act “Eugene Onegin,” Alexander Pushkin’s story of class, death, love and rejection. Music for the ballet is by Peter Ilich Tchaikovsky and Alexander Sitkovetsky.

It is a “very youth-oriented play,” Eifman said last week from his home base in St. Petersburg, Russia, where he said it got a warm reception from a youthful audience. It is “about young people, about the aesthetics of their relations,” he added, “plus a combination of classical and rock music.”

Here are excerpts from my Russian-language telephone interview with Eifman:

MinnPost: What has determined your choice of “Onegin” to be a scenic manifestation?

Boris Eifman: In this piece, I saw a dramatic construction, a drawing of the story that is very similar to today’s situation, at least the one in Russia. The main character’s life and destiny, as well as the general line of the plot, are very natural and suitable for the current time. Therefore, I transferred “Onegin” into our time, placing my heroes in new circumstances, dramatic and even extreme, when the old world is collapsing and life dictates new regulations. I am trying to show that the history of human relations develops spirally and repeats itself. On the other hand, the story line is not time-locked, but rather serves as a model of the Russian society, shows Russian characters and their interactions.

MP: The theme of the love triangle centralized in “Anna Karenina” is presented in “Onegin” as well, but not as sharply. How did you see Tatyana (the heroine) in the general construction of the ballet?

BE: Tatyana was interesting to me because of the transformation she goes through, becoming a living-in-the-capital high-society lady from a modest provincial maiden. Despite the presence of the love story, the love triangle is not the main focus here.

MP: “Onegin” has been named “an encyclopedia of the Russian soul.” Is it the mystery of this soul you are analyzing?

BE: Mystery of the soul, its consciousness and feelings. A time transfer allowed me to discover things not known by readers. We discover the unknown in what is recognized. Those familiar with “Onegin” will find what is in the depth of the poem. Prophet’s dreams, ghosts, Tatyana’s dream — all of that forms a prototype of the psychoanalysis that Pushkin has foreseen long before Freud.

MP: For the last several years, your attention has been focused on classical Russian literature.

BE: Yes. Though Shakespeare and Moliere are presented in my performances, emotionally my culture and my education have a propensity toward the Russian spirituality. Nevertheless, I am very open, and am thinking about other world’s classics.

MP: Any American literature to inspire you?

BE: How did you guess? I actually have been planning on it, and I am sure that in the future will stage numerous pieces of American literature.

Eifman’s style is distinguished by new solutions to the rhythmical and space-time formation of the play. The elements of drama added by Eifman transform dancers into actors and bring a vibrant dynamism to the performance, fulfilled with striking epatage and emotionally colored body expression. One of the most distinctive parts of Eifman’s approach is a combination of classical ballet and contemporary elements of the advance-guard ballet style, or sometimes even elements of the absurd theater. Each performance is a vivid picture of the world of human emotions, its depth, storms and physiological representation.

MP: Do you feel a difference in audiences’ reaction in America from Russia or Europe?

BE: Not really, because the art of the ballet operates … through universal impulses of humans’ emotions. All nations understand it. People are divided by religion, but art unites them.

MP: Will ballet survive in the computerized high-tech future?

BE: I am very positive, it will. I believe need in the art of the ballet in the future world is extremely high, for it is a channel and a conductor of the people’s spirituality. Asian viewers absorb my work as Europe and America does. 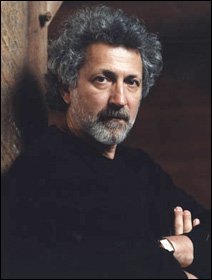 MP: Your first spectacles in the Soviet Union were so called “the swallow of the fresh air.” Has anything changed since that time?

BE: The Iron Curtain is open. Internet offers the access to many different visual things. I believe, my work is progressing … and my theater enjoys vast popularity in the world. I can’t complain. But it is so difficult to surprise the audience today because of so many things that can be seen today. We do not impress anybody by our revolutionary approach [anymore], but we still are able to preserve our conceptual originality.

MP: How did you come up with the idea of creating your own ballet’s style? Was there any enlightening?

BE: I do not think, there was a point of enlightening, because for all my life I have been occupied expanding the frame of the art of the ballet, developing the plastic abilities of human feelings’ expression. A creation of the physiological theater of the human soul always has been my dream. My nature of the theatrical choreographer tends toward such dramatization of the dance, toward immense emotions, theatrical attributes — toward the big genre of the ballet theater. Some do accept such a genre, some do not, but it is the giveness of my nature.

Eifman has created more than 40 ballets for his own company and dance companies around the world. His company has 50 performers, the “optimal” number. He has worked only with Russian-speaking performers, he said, but “American and European actors’ dancing technique can enrich our group.”

MP: What criteria do you use for a new dancer?

BE: My work style allows me to see how the dancer is able to comprehend the idea of the dance. When a dancer makes gestures, you can see not just how the dancer will incorporate the idea of the dance, but what are the actors’ emotional need and talent that drive him or her to produce such motions. Just two or three movements will show that; when the person makes motions, you can already see the potential physical abilities and potential skills.

MP: So, basically, anyone is welcome?

BE: Our doors are open for talented people. [The] actor is looking for his own theater, and our theater is not the easy one. Besides every day’s intense work, five to six months of the year we are on the tour; but those who want it come and get it. They stay.

MP: I have noticed that all your performers are not just superior dancers but very beautiful people. And tall. Is it true, that your theater is the tallest in the world?

BE: Yes, it is true. They all are tall, beautiful, sensible.

MP: Are you independent financially?

BE: Our theater is a state theater; therefore, it is supported by state, but we still have to make money and we do that. Speaking of finances, “Onegin” is the most expensive play of my life. Here we have costumes, new light and decoration equipment that allow us to embody new color and scenic solutions. It is a very costly ballet, though maybe any of the Hollywood blockbusters would find my budget scanty.

MP: Did your dreams come true with “Onegin”?

BE: Oh, yes! I am very happy with this production, and very glad I realized everything I dreamed about. It is a very striking, powerful ballet, one of my most successful ones. It is an outstanding production even amongst my ballets. That is why it can drag in, and it can push away.

MP: What is so unusual about it?

BE: Everything: choreography, dramaturgy, musical construction, everything. I hope audiences will come to the theater and receive the emotional impression and repletion it needs. I am very nervous about the impression Minnesota’s viewers will get from “Onegin.” I really hope Minnesotans will like it.

BE: Yes, they did — those who usually do not go to the theater but rather sit by computers, knocking the keyboard with their fingers, you know?

MP: Of course. And they came?

BE: Yes, and, again, they absorbed it. “Onegin” gave them a possibility to re-think Pushkin, understand him in the new way and embrace emotions, feelings and experience that we tried to express in the dance. That is why I really hope that American youth will take it positively as well.

Tatyana Thulien, who conducted and translated this interview, is a native of Kiev, Ukraine. She is a realtor and Twin Cities writer who worked for five years for the Russian-language publishing company Zerkalo. She has contributed to the monthlies North Star and Minnesota News.