The Senate Tax Committee, amid a bit of tumult and restrained shouting, unveiled its DFL tax plan this morning.

It’s far simpler than the House version. It is, in fact, a blunt instrument calling for tax increases — mostly income tax increases — that would raise $2.4 billion as the state tries to fix its massive budget deficit.

There would be across-the-board income tax increases for most taxpayers and a new fourth tier, calling for the wealthiest Minnesotans, couples earning more than $250,000, to pay at a 9.2 percent rate. At the low end of the tax table, Minnesotans who currently pay at a 5.35 rate would see their taxes increased to 6 percent. Those paying 7.05 percent would jump to 7.7 percent, and those paying 7.85 percent would go to 8.5 percent.

“Share the pain” is how Sen. Tom Bakk, DFL-Cook, chair of the tax committee, describes the Senate plan.

Will public buy DFL tax plans?
But who will buy this plan?

First off, the DFLers in the Senate, who are expected to approve the plan over Republican objections, will have to convince House DFLers that the Senate approach to the budget problem is better because it’s simpler. 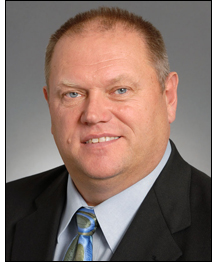 While the House version, which generates $1.5 billion in new revenue, is filled with detailed and nuanced reforms, the Senate approach is much more direct. The two plans do share a fourth tier, but even within that tier, there are differences. The House DFLers’ fourth tier targets those making more than $300,000 with a 9 percent rate.  In the House bill, there are no tax increases in other income brackets, but its version calls for tax increases on cigarettes and alcohol.

But after that, there’s little similarity.

The two chambers will begin to attempt to reconcile their differences when conference committees begin meeting as early as this weekend.

Bakk finds the Senate version cleaner, more transparent. And, despite the across-the-board increases, he also says that the Senate plan is progressive, which was a major goal of House DFLers.

Senate would raise $2.4 billion
Under the Senate proposal, Bakk said that the new top-tier Minnesotans — about 80,000 taxpayers — would contribute about 80 percent of the $2.4 billion of the new revenue raised.

Fifteen percent of those in the lowest tax bracket would see no increase at all, he said.

Difficult as it might be, finding common ground with the House bill will be the easy work for Bakk and the other DFLers in the Senate.

The far-tougher job will be convincing Minnesotans that this across-the-board income tax increase, coupled with 7 percent cuts across all levels of state government, is a cleaner and more honest approach to the budget problem than that being proposed by Gov. Tim Pawlenty, whose budget-balancing plan calls for no tax increases.

“We need to have an admission from him (Pawlenty) that there’s $1.6 billion in new revenue in his approach,” Bakk said angrily.

That includes nearly $1 billion in the one-time bonding revenue received from the so-called tobacco money that Pawlenty wants to bundle up and sell, with the state paying back the money over at least the next 10 years. Additionally, Bakk says the governor’s plan would create at least $600 million in property tax increases across the state as local levels of government try to fill holes create by state cuts.

“It’s simply not fair to say that he’s not raising revenue,” he said.

Bakk, who is a candidate for governor, said he believes that Minnesotans will understand that the Senate approach is more straightforward than the governor’s approach. He also said he believes that, unlike the governor’s plan, the Senate plan will fix the structural problems that have left state government bouncing from fiscal crisis to fiscal crisis.

GOP senators quick to pounce
Republicans, of course, were jumping all over the Senate plan, labeling the tax increases as job killers. 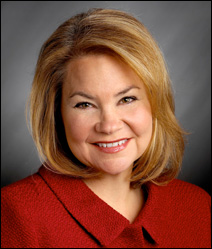 “Why try to resolve the structural problems now?” she said.

She wondered aloud if DFLers in the Legislature understand the depth of economic pain Minnesotans are in.

“There’s nothing easy about this,” Bakk said. “But it’s much more honest than what he [Pawlenty] is proposing.”

“We should be doing more for job creation,” said Ortman.

“This bill contains more money for job creation (through tax credits and other incentives) than the governor’s,” shot back Bakk.

There aren’t just income tax increases in the Senate bill. Much to the chagrin of inner-city legislators, the bill also would wipe out the sales tax exemption for such projects as the Central Corridor light rail line and the Northstar commuter line. Removing those exemptions would produce $8.5 million in new revenue.

And progressives, such as Sen. John Marty, DFL-Roseville, also a gubernatorial candidate, grimaced over the reduction in the amount renters can claim as a deduction from 19 percent to 15 percent, which would create $51 million in 2011.

As is the case in the House bill, there’s angst for all.

But sometimes, the angst is overstated. 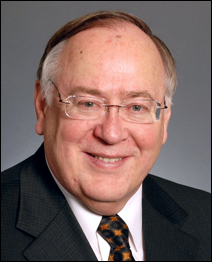 Sen. Dave Senjem, R-Rochester, the Senate minority leader, started attacking Minnesota’s business climate. He claimed that he was at a meeting recently with IBM and Hormel executives who said they were moving some of their operations to Iowa. Senjem tried to say that it was because corporate taxes are lower in Iowa. Bakk, with disgust, cut him off.

“What’s the corporate tax rate in Iowa?” he asked Senjem. “Tell me. Look in your little book and tell me the tax rate there.”

“Ummm,” said Senjem, “my bifocals aren’t working quite right. How ’bout I check that later and come back with an answer tomorrow.”

“I think what you’ll find,” said Bakk, “is that the tax rate in Iowa is higher than Minnesota.”

The tax committee meeting came to an end, but a long, hard sales job had just begun.