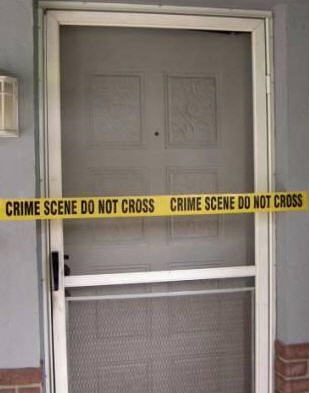 A week or so ago, just after a Vietnamese immigrant named Jiverly Wong had killed more than a dozen people at a Binghamton, New York community center, a friend sent me a note wondering aloud whether the spate of mass murders around the U.S. was connected to the collapse of the economy. Since then I’ve been collecting body counts from the newswires–the engineer in Santa Clara, and the estranged husband in Graham, Washington, who killed their families and then themselves; the men in Pittsburgh and Oakland who killed a total of seven cops.

I was meaning to write something about it, but yesterday the Washington Post beat me to it with a trend story on the subject. Reporter Philip Rucker does the math thus: eight mass killings in a month’s time, 57 dead in all. It’s become so routine so quickly that the latest episode, in which an Alabama man killed four relatives and then himself on Tuesday of this week, didn’t even get much national media play.

The most horrible aspect of it all–in part because it feels like the most telling–is the infanticide: parents killing their children in the apparent conviction that they are somehow saving them from an even worse fate. Of course the economy is a factor. But it’s too facile to call it “the” cause. The economy represents the tipping point in a long line of doomsday harbingers that have been playing on the American imagination for years. War. Terrorism. Global warming. And now, epochal economic collapse.

There are your four horsemen, if you’re inclined to think in those terms. And as the spectacular rise of end-time-obsessed religious fundamentalism attests, more people than ever do think in those terms. By this, I do not mean to blame the Bible-thumpers; as far as I can tell, the same current of end-is-nigh dread is running nearly as strong in the secular world. A culture that is staring at the end of long-ingrained ways of life, and that believes in millennialism and owning lots of guns, is a very dangerous beast.

More about this another time. But I’m curious to know what you make of all the recent bloodshed. Comments?