Anyone who follows the Twin Cities arts community is well aware of all the pay cuts announced in recent months by nonprofit organizations ranging from the Loft Literary Center to behemoths like the Guthrie Theater and the Minnesota Orchestra.

The latest is the St. Paul Chamber Orchestra, whose president is taking a 15.5 percent pay cut and the musicians, 12 percent. Layoffs also were announced in back-office operations.

To avoid a deficit, SPCO President Sarah Lutman worked with the musicians to trim pay instead of reducing the orchestra. “It takes a certain number of people to do what we do,” she said. “We already have 35 musicians, and that’s fairly lean right there.”

Lutman, a former arts program officer for the Bush Foundation, says arts organizations have a number of options when they need to cut expenses. For example, they can reduce “the scale” of cultural programming by selecting plays with fewer actors or by borrowing fewer paintings for a big exhibition. The SPCO canceled an overseas tour. 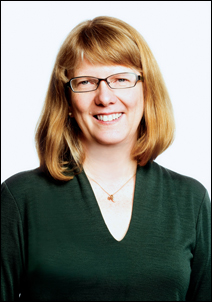 “But there’s only so far you can go with any of those strategies before you don’t have anything to put on the wall or on the stage,” said Lutman, who joined the SPCO last fall.

Then the focus turns to pay. Lutman wouldn’t say exactly what her six-figure salary is, but predecessor Bruce Coppock made $225,819 in base pay after 10 years at the SPCO, according to documents filed with the state Attorney General’s office. This is the first pay cut of her career, though she recalls wage freezes.

So, what’s the hardest part of running an organization after cutting pay and jobs?

“I think the leadership challenge in this environment is how you go about interacting with the people of your organization — whether volunteers, musicians, staff or whomever. How you project your optimism for the long-term vitality can have a significant effect on people. … The challenge is to constantly remind people that the long term will be far brighter, far sooner, if in the short term difficult choices are made.”

Casey Selix is a news editor and staff writer for MinnPost. She can be reached at cselix[at]minnpost[dot]com.