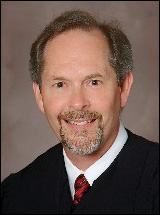 Last Friday, Ramsey County Judge Gregg Johnson issued what is believed to be Minnesota’s first “civil gang injunction.”  The temporary injunction applies to 10 members of the Sureño 13 street gang, and prohibits them from undertaking a variety of activities during St. Paul’s upcoming Cinco de Mayo celebration.

City officials sought the injunction in response to a shooting incident that occurred at the end of the 2008 Cinco event. During the celebration’s waning hours, two teenagers were wounded in a drive-by shooting that police suspect was linked to Sureño gang members.

In order to stave off such violence at this year’s gathering, the St. Paul City Attorney’s office turned to a 2007 Minnesota law that allows a temporary injunction to be enforced against criminal gangs. Such an injunction can restrict interactions between gang members for a set period of time, or can prohibit them from entering certain physical areas. In a press release issued after Judge Johnson’s order was signed, City Attorney John Choi said, “We are really pleased with the order because it recognizes that criminal gangs are a public nuisance. The public has a right to be free from criminal gang violence and intimidation.”

In an early use of gang injunctions, the city of Los Angeles sought a court order against the Playboy Gangster Crips syndicate in order to keep its members from associating with each other, from wearing gang clothing, or from leaving their homes during evening hours.

The injunction was challenged by the ACLU of Southern California, which called it overbroad, and “an attempt to enforce criminal laws without abiding by basic criminal justice protections.”

Future crime and the law
In large part, our criminal justice system is reactive, in that it seeks to punish individuals for past actions that violate criminal laws. Because of this, crime-prevention strategies generally rely on prevention through deterrence.  The government either stations police where they will deter crime, or it seeks to use the consequences of the criminal-justice system as a disincentive to commit criminal acts.

However, some legal tools have been expressly designed to prevent future crime through the imposition of restrictions. Minnesota’s gang injunction law is one of them. Such civil mechanisms seek to impose a set of circumstances on a group or an individual before — rather than after — a crime has been committed. These circumstances can range from restrictions on movement to preventive incarceration.

As with the Playboy Gangster Crips case, many of these legal remedies have raised constitutional controversies over due process rights and other issues.  In some instances, courts have ruled on these controversies, while others remain open for debate.

Here are some brief overviews of some of the tools available to prevent future crime, as well as summaries of the legal debates that surround them.

Gang injunction
What it does: Minnesota’s gang injunction law allows a judge to issue an order to prevent members of a criminal gang from “engaging in gang activities.” The injunction can include specific requirements meant to prevent future gang-related actions.

For instance, Judge Johnson’s order in the Sureno matter prohibits members from “associating, standing, sitting, walking, driving, bicycling, gathering, or appearing anywhere in public view” with other named gang members at the Cinco de Mayo event. The order contains exceptions related to school or church attendance by these members. It also prohibits members from wearing clothing that includes references to the gang, or from using “words, phrases, physical gestures” or other forms of communication to identify or refer to the gang. According to Minnesota law, the court must balance “state interests in public safety against constitutional freedoms” when it considers imposing such requirements.

Violations of the injunction — such as meeting with gang members within a prohibited area — are criminal offenses.

When applied: The gang injunction applies to criminal gangs, defined by law as associations of three or more people who engage in patterns of criminal activity.  Specific gang members are also frequently named in such orders. A governmental entity may apply to a district court judge to obtain a gang injunction. Subsequently, the judge has to find that the gang is a public nuisance. To obtain an injunction, the government has to meet the civil law threshold of a “preponderance of the evidence,” which is lower than the threshold needed to obtain a criminal conviction.

Policy argument: Proponents say that obtaining a gang injunction singles out likely bad actors, and puts them on notice that they will be held liable for violations of the order. Supporters also note that the injunctions are narrowly constructed to cover potential illegal activity, including harassment and conspiracy to commit future crimes.

Legal controversies: Concerns have been raised over the legal precedents that gang injunctions create. Specifically, these concerns relate to whether gang injunctions go too far in restricting the speech and assembly rights of persons who have not yet committed crimes.

What courts have said: The Minnesota gang injunction law is relatively new, and has yet to be tested by Minnesota’s higher courts. Elsewhere, the California Supreme Court upheld that state’s gang injunction law. In a related matter, the Illinois Supreme Court struck down a Chicago loitering ordinance that had been applied to gang members. The court found the ordinance to be impermissibly vague. The U.S. Supreme Court affirmed the Illinois high court’s decision in the 1999 case Chicago v. Morales. This decision led other cities to narrowly craft civil gang injunctions, in order to avoid due process concerns. For instance, while Chicago police officers had used their own discretion to apply the loitering ordinance, subsequent civil gang injunctions relied on evidentiary hearings, named individual defendants, and set out specific, prohibited activity.

Order for protection
What it does: An order for protection (OFP) is intended to prevent an alleged domestic abuser from harming a specific person by limiting their contact.  The order is meant to deter future abuse by imposing criminal penalties for violating the order. The recipient of an OFP is prohibited from harming or intimidating the person who applied for the order. In some cases, the recipient is barred from visiting the home or workplace of the person who sought the OFP.

When applied: An OFP can only be sought by a family member, or by a party to a “significant romantic or sexual relationship.” An OFP can be obtained after a judicial hearing is set, or alternatively, an emergency “ex parte” order can be obtained for seven days without a hearing.

At the judicial hearing, the judge will review evidence presented by the OFP applicant to determine whether domestic abuse has occurred. State law defines such abuse as “an actual assault, or fear of infliction of assault.” If the evidence meets the “preponderance of the evidence” standard, then the OFP can be extended for an additional period.

Policy argument: Proponents have long held that the order for protection is a critical tool for victims of domestic abuse. Domestic abuse frequently occurs in an escalating pattern, and OFP supporters say that such orders are necessary to intervene at a critical stage, in order to halt the pattern of abuse.  Supporters also contend that the ability to immediately obtain an “ex parte” order is crucial to protecting domestic-abuse victims, for waiting for a hearing could have dire consequences.

Legal controversies: During legislative debates over the Minnesota OFP law, concerns were raised about whether the “ex parte” OFP constituted a due-process violation, since such an order can be enforced before a hearing has been held.

What courts have said: Minnesota courts have upheld the OFP law, and over time have expanded its interpretation to cover former — as well as current — romantic or sexual partners.

Civil commitment for sexual offenders
What it does: Sex offender commitment proceedings seek to confine persons deemed to be “sexually dangerous” to psychiatric treatment facilities so long as they pose a risk to the public. The commitment mechanism is specifically intended to prevent future criminal sexual conduct, and is usually undertaken toward the end of an offender’s criminal sentence. In some instances, commitments can occur without a prior criminal conviction.

When applied: Before a commitment can occur, a judicial hearing must take place. At the hearing, the government must show that a given individual has engaged in a course of harmful sexual conduct; manifests a psychiatric disorder; and has difficulty controlling sexual impulses. For each of these elements, the court must be persuaded by a “clear and convincing” evidentiary standard — a higher standard than that required for normal civil proceedings.

The initial hearing generally authorizes civil commitment for a period of 60 days. After that, a second hearing is held, and a commitment of indeterminate length may follow if the court is persuaded that it is necessary for public safety.

Policy argument: The civil commitment law was passed in order to address high rates of recidivism among sexual offenders. A primary purpose of the law was to evaluate sex offenders prior to their release from prison, in order to assess whether they posed a continuing public safety risk. If they are found to pose such a risk, the law provides a mechanism to detain them indefinitely until the threat has diminished.

Legal controversies: Initially, civil commitment laws raised controversies over due-process issues, due to their authorization of confinement without a trial. More recent disputes over civil commitment statutes have revolved around the issue of double jeopardy — whether a committed individual is being punished twice for the same offense.

What courts have said: Over time, civil commitment statutes around the nation have been narrowed to avoid due-process problems, and most state laws now require that multiple elements be proven to a judge. The class of persons that such laws apply to has also been generally limited to those suffering from psychiatric disorders. Many courts have held that such requirements provide sufficient due process protections.

In regard to double jeopardy, the Supreme Court ruled in its 1997 Kansas v. Hendricks opinion that the Kansas Sexually Violent Predator Act did not violate the Constitution’s double jeopardy clause, because the law was civil, rather than criminal, in nature. The court held that Hendricks (the prisoner who brought the suit) had been tried and punished criminally for the purpose of retribution.  However, the court maintained that his commitment under civil law served a distinctly different public-safety function.

Matt Ehling is a freelance television producer and documentary filmmaker based in St. Paul. He writes about legal and constitutional issues for MinnPost.

Correction: This version corrects details in Judge Johnson’s order and in a description of Chicago v. Morales.

Civil gang injunctions and other legal tools for preventing crime: an overview