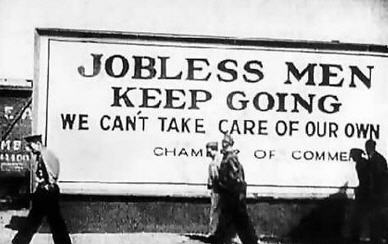 It’s nice to have more sort-of-good news heading into the weekend. The U.S. economy shed, um, only 539,000 jobs in April, raising the unemployment rate to 8.9 percent. That’s a little better than expected, and as Bloomberg points out, the numbers benefited from 60,000 government hires, many of them to help in conducting the 2010 U.S. census.

Also in the fine print: confirmation that one consequence of the 5.7 million jobs lost since last fall is that those who still have jobs are working harder than ever. The number of overtime hours worked increased–albeit very slightly–in April for the first time since 2007. Quoth Bloomberg: “The gain in overtime hours, which typically precedes a pickup in hiring, and the return of more Americans to the labor force in hopes of getting work provide the latest evidence that the worst economic slump in at least half a century is abating. Still, economists predict the jobless rate will keep rising and wages may stay depressed even after a recovery begins.”

Robert Reich has been on a hot streak lately at his blog. See especially his posts on the heightened public risk of the post-stress-test world, the auto bailout, and the backstage politics of Obama’s proposal to go after offshore tax havens. In Reich’s view, the latter is a bargaining chip to bring American corporations on board with his health care plan.

Though it could and should have been much harsher, you should still read the New York Times’ lengthy story about Treasury Secretary Tim Geithner and his many ties to Wall Street from late last week if you haven’t looked at it already.

I linked to the Wall Street Journal essay by Nouriel Roubini and Matthew Richardson a couple of days ago; they have another jointly authored piece about the stress tests in Financial Times: “Insolvent banks should feel market discipline.”