African-American children from poor families can catch up with the test scores and graduation rates of middle-class white children, the head of one of the nation’s more audacious social experiments told a Minneapolis audience Wednesday.

“If you intervene early, you can fix this problem,” said Geoffrey Canada, president and chief executive officer of the Harlem Children’s Zone. “If you start later — middle school, high school — you can do it but it is very, very hard…. It is sort of like waiting until the patient is half dead and then seeing if you can revive him.”

But to eliminate the gap, the investment in poor children must be major, community-wide and long-term, he said.  Canada estimated that his organization invests an average of $5,000 per child above what is already spent on public schools and programs for poor families in the 100-block section of Harlem.

“That’s what you have to spend if you’re going to provide this kind of support for children,”  he said in an interview before speaking to more than 1,000 people at a luncheon meeting at the Minneapolis Convention Center sponsored by the Minneapolis Foundation. Canada has raised the necessary funds with the help of foundations and financier friends and his own engaging and charismatic message.

National attention
Since 2004, Canada has attracted substantial national attention with his group’s efforts to improve the educational performance and lives of the 10,000 children who live in the targeted neighborhoods in New York City.  President Obama’s secretary of education, Arne Duncan, has said he’d like to create 20 Children’s Zones around the country.  A book about the Children’s Zone — “Whatever It Takes” — was published last year.  Canada has appeared on television shows ranging from “Oprah” to “60 Minutes.”

What has garnered the most attention is the high performance of poor children enrolled in charter schools run by the Children’s Zone.  As Canada said Wednesday: “The children we started with at birth are now in the fourth grade (at Children’s Zone charter schools).  They have erased the black-white achievement gap. They are doing as good as kids anywhere in the state.” 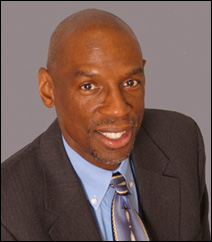 But Canada, who grew up poor in the South Bronx, insists that all the services offered to children are critical to the program’s success.

The Children’s Zone approach assumes that children will do better if their peers are.  It offers parenting classes for expectant parents and sends recruiters door-to-door to get poor parents to turn out. The program’s intense pre-school training keeps four-year-olds busy from 8 a.m. to 5:45 p.m. 11 months a year.  Without the extra hours, poor children will never close the gaps in knowledge and experience they bring to kindergarten, Canada insists.

The group’s charter schools have small class sizes — 20 per class in the early grades — strict behavioral standards and tough accountability for teachers.  Children have access to medical and dental care. About 100 social workers work with parents at risk of neglecting or abusing their children.

“This is the floor — not the ceiling — of what American kids should get,” Canada said. “Our concept is of a seamless web of supports around young people that goes with them throughout their developmental stages.

“What people mostly have done is create great early-childhood programs, and they don’t do anything after.  Or a great after-school program for elementary schools and then they go to lousy middle schools and there’s nothing in the high schools. You’ve got to connect these supports so you can leverage one investment into the next investment. … It takes time. It’s not going to happen in a year or two.”

At Wednesday’s event and two other Minnesota Meetings this spring, the Minneapolis Foundation brought together community leaders with national educational leaders.

Canada did not address what specific things Minnesota needs to do to help poor children achieve more.  But he expressed confidence that the Obama administration will make headway against the persistent racial achievement gap.

“I think we’re going to see change. I am really optimistic.”

Lynda McDonnell is executive director of ThreeSixty Journalism, a youth journalism program serving teens throughout the Twin Cities.  She covered poverty issues for many years for the St. Paul Pioneer Press.

Geoffrey Canada: Here’s how Minnesota can close its achievement gap in schools