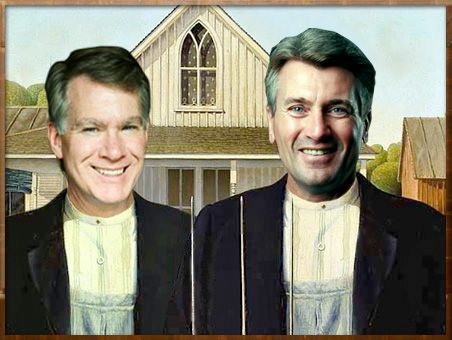 It is a short distance from the mayors’ offices in St. Paul and Minneapolis to the governor’s office. But it’s almost impossible to get there.

In Minnesota history, only Alexander Ramsey was able to successfully make the trip. It was 150 years ago that the onetime mayor of St. Paul made the political leap to the governor’s office — and his was a special case. Ramsey had been appointed governor of the Minnesota Territory by Whig President Zachary Taylor. He was bounced, by President Franklin Pierce, a Democrat, in 1853 and became mayor of St. Paul in 1855.

Ramsey was defeated in his first bid to be elected governor of the state of Minnesota by Henry Sibley in 1857 but, running as a Republican, beat Sibley in 1859.

Since then, we’ve had farmers, soldiers, storekeepers, bankers, prosecutors, state and federal lawmakers and even a pro wrassler become one of Minnesota’s 39 governors. But never a St. Paul or Minneapolis mayor.

A trend 150 years in the making
After 150 years, it would seem safe to call that a trend.

The most recent candidate to try to make the jump was Norm Coleman, a popular St. Paul mayor who switched parties and ran as a Republican for governor in 1998 and lost, by 3 points, to Jesse Ventura. (Skip Humphrey was the DFL candidate, who lagged far behind.)

This reality must be on the minds of Minneapolis Mayor R.T. Rybak and St. Paul Mayor Chris Coleman as they contemplate whether to join the parade of DFL candidates for governor.

Both are popular in their cities. Both have pragmatically progressive positions on the issues. Both have done competent jobs in managing their respective cities, despite diminishing support from the state. Though their styles are different, both are well-spoken.

“There is a positive part of being mayor in St. Paul or Minneapolis,” said former St. Paul mayor George Latimer. “You have some recognition of being in a position akin to being governor, but …”

There are, however, more political negatives than positives to being a big-city mayor.

“The downside is that being from the big city does not make you lovable to rural people,” Latimer said. “There’s a skepticism of big-city mayors — a feeling that they’ll be paying more attention to the cities than the rest of the state.”

Latimer’s run for governor good case study
Latimer is in a distinct position to understand the problems a big-city mayor has in conducting a statewide campaign. In 1986, as a hugely popular St. Paul mayor, he decided to challenge incumbent Gov. Rudy Perpich for the DFL nomination. 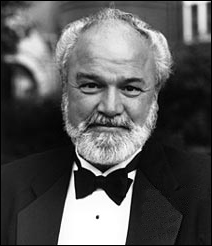 “I made a judgment that I would beat Perpich without attacking Perpich,” said Latimer. “I was so full of myself. … I thought people would vote for me on merit, principle. I never laid a glove on Perpich.”

Latimer did carry the metro area of the state.

In the heavily DFL 8th Congressional District — the Iron Range and Duluth — he was treated with courtesy.

He got clobbered in the 8th and other outstate regions.

“I didn’t give people a reason to vote for me over the incumbent,” Latimer said. “I didn’t dramatize the differences. My reason for running was simple: I wanted to be governor. I thought I’d served long enough as mayor. I thought he’d been a good governor but that his time was past. I was 50, cooking as mayor. I’d just been elected in 1985 by a huge margin. There was a lot of encouragement to run. I was four years too early.”

There are substantial differences, however, that would give either Rybak or Chris Coleman better chances than Latimer had.

The biggest difference is that they’re not running against an incumbent. Additionally, because of ever-increasing population shifts, the vote in the suburbs is of far greater importance than it was when Latimer ran. There’s a better chance that Lakeville voters will at least know who Rybak or Chris Coleman are than voters in Eveleth.

“The largest single vote is the suburban vote,” said Latimer. “But remember, a lot of suburbanites chose to become suburbanites because they didn’t like living in the cities.”

As a disclaimer to his objectivity, Latimer pointed out that he is a Chris Coleman fan and would support any bid the St. Paul mayor might make for governor.

“Let’s face it, I was a bearded guy, a New Yorker, the mayor of a big city,” Latimer said of his forays outstate. “Coleman’s quintessentially Minnesotan. His father (former state legislator Nick Coleman) was a huge part of our state’s history. His father taught in St. James. Chris is very comfortable in Greater Minnesota. I think he’s done a great job, better than anyone else in recent memory, of putting a human face on the importance of LGA (Local Government Aid). He’s worked with mayors from all over the state in doing that. I think he’s got some great electability.”

Neither mayor was interested in participating in the discussion of their potential as statewide candidates, presumably because neither has officially announced his gubernatorial candidacy. 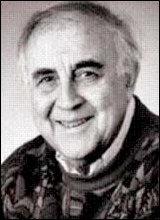 So, bring Minnesota historian Hy Berman into the discussion. Berman believes Rybak has shown the potential to be a statewide candidate.

“Do they know who Chris Coleman or R.T. Rybak are in Hibbing?” Berman asked.

But, he believes, Rybak has raised his statewide profile in a couple of ways. First, with his compassionate but confident handling of the collapse of the I-35W bridge collapse. Second, the understanding by many across the state that Rybak was on board very early in the campaign of President Obama.

It is vital for either Chris Coleman or Rybak to become known for something bigger than running their respective cities. Berman used onetime Minneapolis Mayor Hubert Humphrey as an example of a big-city mayor using a big issue to propel himself to the U.S. Senate.

“He made a national reputation by challenging Harry Truman on civil rights,” Berman said. “A mayor who builds his constituency beyond the city has a chance.”

But both Berman and Latimer agree that the big disadvantage mayors have is that in the course of doing their mayoral jobs, they make decisions that create enemies.

“You create a lot of animosity,”said Berman. “You’re the person close to potholes in the streets and failed garbage collections. Let’s be honest. This is what people care about. Health care? That’s nothing, compared to getting the garbage collected.”

Latimer says all candidates of both parties will face another problem.

“I’m inclined to think that money rises in importance as journalism declines,” Latimer said. “I’m alarmed about the demise of the printed page. There’s no opportunity for a mayor to explain the reasons he’s making the decisions he makes.”

“You don’t even get the TV time I got as mayor,” Latimer said. “When I was mayor, they let you finish two or three sentences that actually appeared on television. That doesn’t happen anymore.”

That means any candidate will have to buy time to get his or her message out.

Said Berman, “with a local megaphone, it is hard to build a statewide constituency.”

If Mayors Coleman and Rybak run for governor, they’ll be following a lonely path