On Tuesday morning, an impressive array of religious organizations will march from Christ Lutheran Church in St. Paul to the state Capitol in protest of Gov. Tim Pawlenty’s budget-balancing decisions to cut programs that assist the poorest of Minnesota’s poor.

Given that Pawlenty likely is the most overtly religious governor the state has seen since Al Quie was governor from 1979 to 1983, will such an event have last-second influence on the governor’s decisions on the day before they become official?

Despite their passion, the rally’s leaders tend to agree with the former governor’s blunt assessment.


The leaders of these organizations aren’t expecting a large turnout — maybe a few hundred people — even though they represent more than 1 million Christians, Jews, Muslims and Hindus in the state.

A conversation starter
“I don’t think the governor will change his mind,” said Brian Rusche, who heads the Joint Religious Legislative Coalition. “But we hope it at least gives him pause. The other thing we hope is that it helps the public conversation over the state we all want to have.”

That conversation, Rusche said, might have more impact on legislative and local political races than it will have on the governor.

Rusche — and others leading this rally — believe that the governor’s veto and unallotment decisions show that religious organizations don’t have the clout they used to have. 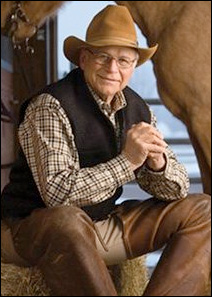 But Quie disputes that. The reason a rally such as Tuesday’s gathering lacks moral authority in the political debate, he said, is that it doesn’t necessarily represent the views of the people in the pews.

“The question is how the people in legislative districts feel,” says Quie. “Mostly, an event like this means that a group of bishops or leaders of organizations got together and passed a resolution.”

Quie makes a big distinction in the dynamics between the state’s current budget debate and some of the huge issues of the last half-century in which faith groups played a major role in the political arena. For instance, in both the civil rights movement and the abortion debate, he noted, religious leaders’ views were backed up with grass-roots power, so far lacking in the budget debate.

Rally leaders don’t dispute at least parts of Quie’s thoughts. The decision to stage a protest was made at the close of the session, after the House was unable to override Pawlenty’s line-item veto of $381 million in General Assistance Medical Care funding. That program serves 30,000 of the state’s poorest people.

“Our thought at that time was that this conversation can’t just end,” says the Rev. Peg Chemberlin, executive director of the Minnesota Council of Churches. “We think God cares about the poor. We believe the churches need to be involved in this.” 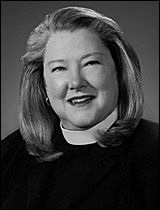 The idea of the rally was hastily put together, she says. And, in her mind, it doesn’t matter if 10 people or 2,000 show up.

“This is an opportunity for people to express their moral values,” she said, adding that the state budget is, in fact, a statement of the state’s values.

In essence, these organizations are essentially saying that it would have been moral for the governor to support raising taxes on the state’s wealthiest, rather than cutting health programs that serve state’s poorest.

“I hear the governor say that families all over Minnesota are cutting back,” Chemberlin says. “… But what of asking the most well off to cut back on one pedicure — myself included — or play golf one less time, so that we can preserve these programs? For some people, these are life-and-death issues.”

Over and over, rally leaders say that Pawlenty’s cuts strike hardest at the poor and do little to affect the wealthy.

Faith, financial questions intertwined
Does that make Pawlenty immoral? Are his cuts a religious issue? Just how much impact should religion have in government?

Oh, so many difficult questions are intertwined with the Legislature, vetoes and the budget.

Begin with this: Chemberlin earnestly says that the last thing the religious organizations leading the rally want is to entangle religion and government.

“Nobody wants the Legislature to establish a religion or prohibit somebody’s religion,” she says. “But that’s different than standing up for your values.”

Finding universal values can be tricky business, even among the groups represented at Tuesday’s rally.

For example, the Joint Religious Legislative Coalition has some dandy intramural values disputes on such issues as gay marriage and abortion rights. 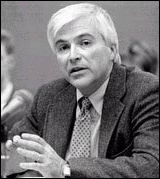 “There are certain issues in which we peel off from each other,” says Rusche. “But where we can agree are on most social justice issues.”

But even though they are flexible enough to agree to disagree on many large issues, the JRLC and the Minnesota Council of Churches have been unable to draw the state’s nondenominational evangelical churches into their organizations. That’s a massive gap that goes right to Pawlenty’s congregation (Wooddale Church in Eden Prairie and Edina) and his political power base, the suburbs.

According to Carl Nelson, head of the Greater Minnesota Association of Evangelicals, the evangelical churches — often mega-churches — account for almost a third of the state’s church attendance.

“The mega-churches have primarily grown in the suburban areas,” says Nelson. “They reflect the political demographics of where they have grown.”

That means they tend to be politically conservative, he says, and probably not filled with people interested in any tax increase.

A handful of the mega-churches preach “prosperity theology,” a Cadillac Jesus approach to Christianity in which wealth is seen as a sign of goodness.  To most, that theology causes eyebrows to rise skeptically.

“A majority of our churches are not preaching prosperity,” says Nelson, dismissively.

But what are they preaching in regards to caring for the poor?

“Speaking for myself only,” says Nelson, “I look at taxes as a bill for basic services. That’s different than how I feel about what I give to the church and charities that I choose to give to.”

That sentiment was expressed by a large number of conservative legislators in supporting the governor’s veto of GAMC.

A split with the mega-churches
But Nelson predicted the message of these churches almost certainly will change as the demographics of the suburbs change.

Rusche is very skeptical of the underlying theology of many of the mega-churches.

He suspects it’s a “self-help” theology based on the idea that people can better their economic condition if only they’d try a little harder. What that means, he believes, is that you can justify personal greed.

Over the years, Rusche says he’s been intrigued by the direction of concern of the mega-churches.

“Those churches often seemed working more on poverty issues around the world than in their own neighborhoods and state,” he says. “But I think that is changing. [Because of the recession] they see the plight of their neighbors, who are working two and three jobs but still aren’t making it.”

The evangelical churches — in a letter from Nelson — were invited to participate in Tuesday’s event. But as an organization, they will not be represented. That’s not, Nelson says, because they are turning their backs on the poor.

“We simply have not had time to develop a policy position on this,” he says.

Quie, the first governor to use unallotment powers, supports Pawlenty’s positions and disagrees with the DFL position to raise taxes on the wealthiest.

“He is facing what I faced,” Quie says. “My concern with raising taxes [on the wealthiest] is that it would hurt businesses and hurt their opportunities to grow and hire more people. I did favor an increase in the sales tax and, in my view, a sales tax on clothing is not regressive. The poor can go to thrift shops.”

The former governor does offer one caveat in his support of the current governor.

“He was stuck on no new taxes, and the DFL was stuck on slapping a tax on the wealthy,” Quie says. “Playing to partisan positions gets in the way of making a moral decision.”

A coalition of faith-based organizations are holding "A Witness of Lament" prayer parade Tuesday morning to protest planned cuts to Minnesota's budget for the new biennium.

The rally is to begin at 10:15 a.m. at Christ Lutheran, 105 University Ave., near the state Capitol. It will conclude at 11:30 with those attending the rally leaving flowers, cards and letters in a basket that are to be delivered to Gov. Tim Pawlenty.