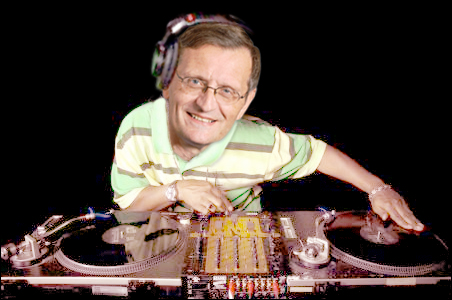 Ever since Pogemiller became majority leader in 2007, Betzold has helped Pogey’s staff create a CD that, more or less, sums up the moods of the session.

“His staff people are young,” Betzold said. “He’d never heard of the songs they liked.”

Betzold, who grew up in the 1960s listening to top 40 hits on KDWB, was able to give the youngsters some musical insight into Pogemiller, who is 58, a year younger than Betzold.

“For example, in 2007, we were having a contentious time and everything was being pushed to the limit,” Betzold said. “So one of the songs on the CD was ‘We Gotta Get Out of This Place,’ by the Animals. I was at a meeting with the governor and told him about the song and the next day he used it to start his radio show.”

In past sessions, the songs and the CD were something of an afterthought, put together quickly in the final days of the session.

This year, Betzold decided to plan ahead. He started to putting together a CD before the session began, at the time of Pawlenty’s December unallotment.  The tune selected to represent that pre-Christmas event: “It’s Your Thing” by the Isley Brothers.

Proud of the effort
By session’s end, Betzold had so many songs he had two CDs.

“Like the Beatles White Album,” he said, proudly of his effort. 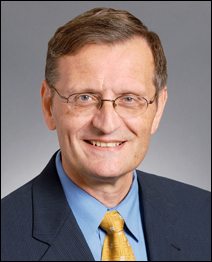 Before proceeding it should be noted that Betzold, an attorney, a retired Army Reserve colonel, a husband, a father, is a serious man who takes his legislative work seriously. He’s chairman of the state government budget committee; he’s an expert in data practices areas.

But he also has rock ‘n’ roll bona fides.

Going back to when he was a kid growing up in north Minneapolis,  he couldn’t afford albums, but he did collect weekly record surveys published by KDWB from late 1962 into the late 1960s.

Back then, Betzold said, KDWB was headquartered on a dirt road off Highway 12 that was called “Radio Drive.” These days, Radio Drive is a multi-laned thoroughfare in Woodbury, lined by various chain stores.

Anyway, Betzold, the teenager, collected the Top 40 publications and held onto them.

“The beauty of that era,” he said, “is that when you look over the top 40 songs, you could have a country western song, a ballad, an instrumental, hard rock. That’s something they really don’t capture on the oldies’ stations.”

A few years ago, Betzold was trying to pare down a life’s accumulation of stuff. He came across his collection of Top 40 publications and asked questions we’re all familiar with: “Geez, why am I holding on to these? What could I do with them?” He donated the collection, which was bigger than the station itself had, to the Pavek Museum of Broadcasting in St. Louis Park.

The collection may be gone, but a part of Betzold’s soul still belongs to old-time rock ‘n roll. He has a huge collection of CDs. He listens to golden oldies radio stations, though he’s currently boycotting KOOL-108 because of some of the staff reductions that station recently made.

And now, he has created the double CD of the 2009 session and given it to Pogemiller.

“I want to be clear,” said Betzold, “this isn’t for general distribution or anything. This is not piracy.”

In fact, there’s very limited circulation of the CD. There’s no script to explain the context of each song. In other words, only someone who follows the Legislature very, very closely would be able to make the connections.

Still, it would be only a small step toward a script and a rock version of politics in Minnesota.

Greatest hits from the session
Some of the highlights of the CD Betzold gave to Pogey:

The song representing Pawlenty’s budget speech of late January, the one that featured the governor’s plan to borrow money from future funds to pay today’s debts: “Let’s Live for Today” by the Grass Roots.

Pawlenty’s budget speech was followed by the grim February economic forecast. For that, Betzold added the theme from “Mission Impossible.”

There was the bill that requires children who are less than 8 years old or less than 4 feet, 9 inches to use booster seats when they’re vehicle passengers. The song: “Baby Love” by the Supremes.

There was a legislative effort, vetoed by Pawlenty, to require that the cocoa mulch, so popular in landscaping, carry a warning that it could be harmful to pets. “Puppy Love” by Paul Anka.

As always, there were efforts to pass a racino bill to generate revenue for the cash-strapped state. “You Never Give Me Your Money,” the Beatles.

A bill that requires state buildings to turn off lights at night during bird migration seasons to protect birds from becoming disoriented and flying into the buildings is marked by “Gonna Fly Now” by Bill Conti. (That song is the theme from the movie “Rocky.”)

Pawlenty’s late-session line-in-the-sand vow that there would be no special sessions, that instead he would use line-item vetoes and unallotment to balance the budget: “All By Myself,” Eric Carmen.

Pawlenty’s vow was followed by a series of late-night meetings. The Rolling Stones’ “Let’s Spend the Night Together” was among a number of songs Betzold thinks represents those nights.

And then, there was a last-gasp by the Legislature to stand up to the governor. While Republicans yelled their disapproval, DFLers in the House and Senate rushed through a balanced budget bill that included tax increases. “Shout, Shout (Knock Yourself Out)” by Ernie Maresca represents the tumult and the shouting.

You get the picture.

Betzold understands that his musical view of the session might not be shared by either younger colleagues — “never heard of those songs” — or by his Republican colleagues who may find a left-leaning theme to the selections.

“If they want to do a CD, they’re welcome to,” said Betzold of any potential critics.

These days, Betzold is at home recovering from knee replacement surgery, listening to golden oldies and thinking about the session that was so frustrating.

Still, he’s almost relieved there were no special sessions to try to resolve budget disputes. In fact, he had a song on the CD that covers those feelings. “Those Lazy Hazy Crazy Days of Summer,” Nat King Cole.