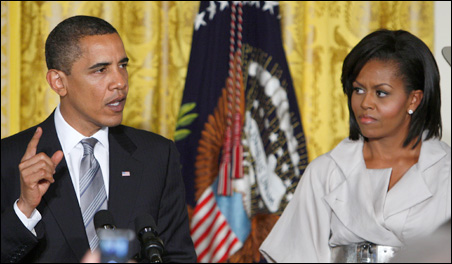 Last week, Scott Dibble, a DFL state senator from Minneapolis, found himself standing in the East Room of the White House, one of 250 guests of President Obama.

The occasion was the 40th anniversary of gay and lesbian protests of a police raid on a pub called the Stonewall Inn in Greenwich Village. The spontaneous reaction — some called it a riot — of homosexuals during and after the raid marked a first step for thousands of lesbians, gays, bisexuals and transgender people to come out of closets and demand civil rights.

That President Obama was holding a June 29 public ceremony about this event with LGBT leaders from across the country was historic. It was treated as front page news in both the Washington Post and New York Times.

“To be in that amazing building, shaking the president’s hand, Mrs. Obama’s hand, was electrifying,” Dibble said.

The president’s handshakes also offered hope to LGBTers that they haven’t been forgotten by Obama, who promised much but so far has delivered little, except disappointment, to gays and lesbians. To date, for example, Obama’s Justice Department has written a legal brief that supports the Defense of Marriage Act (DOMA) and has made no effort to overturn the military’s bizarre “don’t ask, don’t tell” policy in dealing with gays.

Since Obama became president, Dibble said, 226 men and women have been drummed out of the military because they are homosexual. In fact, one of the two letters that Dibble, who is gay, was carrying in his suit coat pocket when he entered the White House was in support of an Army National Guard lieutenant, Dan Choi.

Dibble is acquainted with Choi, a Californian, because the senator is married to a man who does business in California and knows Choi. (Dibble and his partner were married in California, before state voters undid gay marriage last fall.) 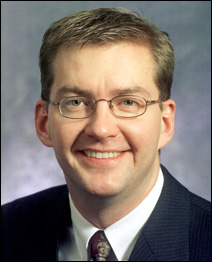 Choi is a classic case of a waste of talent. He is a West Point grad who is fluent in Arabic, but he is being court-martialed under the Clinton-era don’t-ask, don’t-tell policy.

“(The policy) mandates our soldier to effectively live with dishonesty and dishonor,” Dibble wrote in his letter to the president.

The second letter Dibble took to the White House updated the president on LGBT advances in “the heartland.”

“We know that when the great cause of justice moves forward, our entire country moves ever closer to fulfilling its ideals,” Dibble wrote in that letter.

As it turned out, Dibble found himself standing next to Obama’s senior adviser, David Axelrod, as the president was about to speak.

“I introduced myself and said, ‘I have these letters, who should I give them to?’ He said, ‘I’ll take them.’ He was very nice about it, and he slipped them into his pocket.”

The event, Dibble said, is what most in the room needed. It was assurance that Obama hasn’t forgotten pledges made during the campaign.

“He acknowledged the impatience that many feel and that was great,” Dibble said. “It takes a pretty good leader to acknowledge disappointments. God knows, George Bush never acknowledged a deficiency of any sort.”

As a politician, Dibble understands Obama’s slow approach on gay issues. But, as a 1980s activist, he understands the impatience so many feel.

“There’s a dynamic tension in the system,” Dibble said. “I have pressure put on me by young people and others who say the time for justice is now. I’m glad people put pressure on me. But sometimes we are harder on our friends than on the people who oppose us. I also do understand that politics is the art of the possible.”

After the meeting in the East Room, Dibble is convinced that Obama will fulfill the pledges that he made.

It wasn’t just the president’s speech that comforted Dibble, though Obama’s words were right for the occasion.

“I’m absolutely persuaded that he gets it in his heart and bones that these issues are not only important to one constituency but good for the entire country,” Dibble said.

But just as moving an experience for Dibble were little actions made by the president. For example, Obama introduced Frank Kameny to the gathering. Kameny, a WWII vet, was fired from his job in the Army Map Service in 1957 because he is gay.

Kameny, an astronomer, didn’t slink away. Instead, he fought the government every step of the way. His firing went to the U.S. Supreme Court but he lost. In 1965, he picketed outside the White House, demanding equal rights for gays.

By 2007, the signs that Kameny carried while protesting were in a display at the Smithsonian. Last week, the federal government officially apologized to Kameny, and he was a special guest of the president in the East Room.

“Fired for gayness,” said Dibble. “It brought tears to my eyes to see the president acknowledge him in the East Room. Think of that journey.”