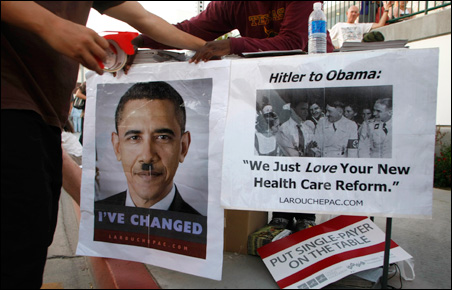 REUTERS/Danny Moloshok
People tape posters, featuring altered photos of President Obama and Adolf Hitler, to a table at a town hall meeting on health care in Alhambra, Calif., on Tuesday.

The nation’s grandmothers have reason to tremble right now, given all the talk about pulling their plugs.

But everyone seems to be spooked by something in the move to overhaul the health insurance system.

Some fears don’t fit the facts of the proposals before Congress. No one is proposing government “death panels” that could dictate the fate of grandmothers or anyone else. To make sure there is no confusion on that point, lawmakers told the Washington Post Thursday that they are dropping a provision which would have paid for end-of-life counseling to those seeking it.

Other fears, though, persist. We’ll get to them in a minute.

Fear of change
First, let’s consider fear itself. Don’t be too quick to dismiss the seemingly unfounded fear so many Americans have expressed at meetings around the country. Health care set them off, but their worries run beyond that issue, said Kevin Leicht, a sociology professor at the University of Iowa.

“Health care is standing in as a symbol for something very important in the country right now,” Leicht said. “There is an incredible amount of anxiety being expressed . . . . People are really afraid that there is too much change and that somehow or other they are going to be left in the dust.” 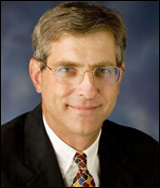 Dreading that dust is not entirely irrational, given the economic drubbing the middle class has taken in recent years. Wages stagnated while easy credit lured families into debt. Millions of jobs disappeared, taking away pensions and health insurance too. Wall Street executives played risky games with retirement savings and then got bailouts at the expense of the taxpayers who lost the savings.

Republican Sen. Charles Grassley hit the nerve this week when he told his Iowa constituents that they had “reason to fear” the House version of a bill, which would provide for end of life counseling.

“We should not have a government program that determines you’re going to pull the plug on grandma,” said Grassley, 75, who is the ranking Republican on the pivotal Finance Committee.

Grassley made it clear he was talking about control over living wills and life support.

But think of the symbolism on another level. Even younger people who have felt powerless to control their own lives in these turbulent economic times could relate to the potent image of poor helpless grandma trapped in a hospital bed while forces beyond her control determined her fate.

While the provision has been scrapped from the Senate version of the bill, pull-the-plug rumors persist in a blizzard of emails and tweets.

The White House is fighting hard this week to debunk the “malicious myth that reform would encourage or even require euthanasia for seniors.” Its response to that and other critics’ claims can be found here.

Meanwhile, there is something in this debate to scare us all.

Fear of getting the numbers wrong
Mitch Pearlstein looks back on Medicare funding and sees a history of government chronically underestimating the costs of that health care program. It has grown from $3 billion in 1965 to $420 billion this year and climbing.

“It’s a sign of the government having a real hard time predicting what various things are going to costs in government-run health care,” said Pearlstein, who is president of the Center of the American Experiment, a conservative think tank based in Minneapolis.

“Those folks who are less confident that government can adequately predict what things will cost are the folks making a lot of noise right now,” he said.

If you’ve reviewed the White House rebuttals at the link noted above, you’ve seen that the government does not propose to “run” health care, but it is pushing for a public insurance option to compete with private plans. Measures Congress and the White House are considering could cost close to $1 trillion, but President Obama says he will not sign a bill that does not offset the costs through a combination of savings and tax increases.

Pearlstein finds it hard to believe, though, that the proposals won’t eventually add to the national debt.

“The debt we are acquiring now is exceedingly dangerous,” Pearlstein said. “I don’t think people, for the most part, are feigning or making up their fear. . . . These are real fears.”

Roger Feldman agrees that Washington hasn’t fully come to grips with the cost of the overhaul proposals. An economics professor at the University of Minnesota, Feldman worked for the President’s Council of Economic Advisors in the 1980s, and he has directed national research sponsored by the Centers for Medicare and Medicaid Services. 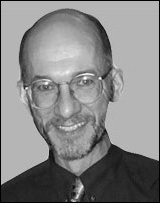 “The hard truth is that if you want to save money you are going to have to reduce somebody’s payments, somebody’s income, some hospital’s revenue, some doctor’s revenue,” Feldman said.

One fear that erupted at town hall meetings this week is that runaway costs will force rationing of health care. That’s something insurers already do, of course. Almost everyone with insurance has an extensive list showing what’s covered and what isn’t.

“It may be done explicitly, but I doubt that,” he said. “It may be done implicitly as we cut physicians’ fees to the point where they are not willing to provide as many services.”

Here’s the root of the financing problem: Whether the coverage comes from the government or private plans, Americans want all the care available, but they don’t want to pay for it with higher taxes, higher co-pays or higher deductibles.

Fear that nothing will change
Jeffrey Kahn has the same fear as Obama and nearly 50 million uninsured Americans. Kahn is afraid the drive for the overhaul will fail, leaving the country with the system it has now.

“That just isn’t ethically acceptable,” said Kahn, who directs the Center for Bioethics at the University of Minnesota.

Kahn also is president of the national Association of Bioethics Program Directors. The association has posted its own statement debunking some myths and explaining why it considers the status quo to be unethical:

“It is neither just nor fair. There is no morally defensible reason why some Americans get excellent medical care at costs they can afford and other Americans lose their homes or go into bankruptcy attempting to secure treatment for a seriously ill loved one,” he said.

Kahn expected debates over the details of the bills before Congress. But there seemed to be a consensus that the system must change. He didn’t expect that to unravel too.

“I can’t figure this out,” Kahn said. “For the first six months of this administration you couldn’t find a voice that said, ‘We don’t need to reform the system.’ . . . How did we go from that to people standing up and shouting what seems to be heartfelt anger?”

The suspense now is how Congress members react to the earful they are getting from some constituents, whether they will run scared from their own bills.

Roughly half of Americans still back Obama’s handling of health care policy, according to a new Gallup Poll.  But Gallup also reported that two-thirds of the people are closely following news of town hall meetings where opposition has been fierce.

Fear covers competing ideals
Brush aside the fear, and you find Americans engaged in a tradeoff of ideals.

On one hand, we’ve been taught to help one another. Other major nations take care of their sick and we should too, the argument goes.

On the other hand, many argue convincingly that America is best served when individuals look out for their own interests and don’t wait for government to do it for them.

Polls suggest that most Americans care about the uninsured. But what if the fear-driven national mood tilts toward individual interests, if the millions who have coverage choose not to risk rocking the system for the sake of the uninsured?

The same problem confronted the Clinton administration in its failed 1993 bid to overhaul health care.

The Clintons focused mainly on expanding coverage, Feldman said. Determined not to repeat the Clintons’ mistakes, Obama decided he had to offer something to the insured middle class.

“What the middle class could get is health care cost control and quality improvement,” Feldman said.

But the execution of that strategy has been flawed, he said. Obama left it to Congress to negotiate a plan rather than pushing one of his own. Congress is kicking around at least three different Democratic proposals, and Democrats have fought among themselves over the details.

The upshot is that there is not one plan to sell to the American people, no clear outline of the benefits.

“They are dealing in vague generalities,” Feldman said.

Further, proponents of change haven’t hammered home the reality that the insured already foot a good share of the bill for the uninsured.

“It trickles down and comes out of every individual’s pocket, but here’s what’s bizarre: it comes out more from the insured,” said Leicht at the University of Iowa. “If you have insurance now, you are getting hosed.”

Fear of politics as usual
Politico asked observers whether the health care flare-up reveals the latest front in the so-called culture wars, which have pitted Americans against each other on abortion, embryonic stem cells, gay rights, euthanasia and so many other issues.

“As an evangelical Christian, I’ve certainly heard plenty of my comrades in faith accuse President Obama of being a socialist,” said Andra Gillespie, a political science professor at Emory University. “And lately, I’ve been getting e-mails urging Christians to oppose health care reform because it will lead to legalized euthanasia. Clearly, someone is trying to mobilize evangelicals using the language of the culture wars.”

By translating the particulars of the debate into culture war terms, opponents essentially are sending political code to followers who may be confused by the merits of the complex proposals, Leicht said.

“It’s code, most certainly code, and it’s been used to derail health care reform in the past,” he said.

In response, Obama’s team is cranking up political machines that helped propel him to the White House.

“Unfortunately, some of the old tactics we know so well are back — even the viral emails that fly unchecked and under the radar, spreading all sorts of lies and distortions,” Obama’s senior adviser, David Axelrod, said in an email posted on the White House website.

“So let’s start a chain email of our own,” Axelrod continued.

Minnesotans can weigh in on the debate at events scheduled to begin today.

Rep. Collin Peterson, a pivotal player because he is one of the Blue Dog Democrats targeted by opponents: Round table discussions on health care costs, 2 p.m. today in Willmar and 1 p.m. Monday in Bemidji.

Sen. Amy Klobuchar plans to hold meetings in some 20 counties during August.

Sen. Al Franken’s staff said he is planning an event later this month.