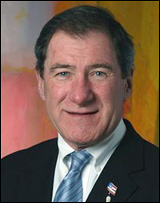 WASHINGTON, D.C.  — Tom Heffelfinger, the former U.S. attorney for Minnesota who in 2007 found himself thrust into the controversy over the Bush administration’s dismissals of U.S. attorneys, is mentioned in newly released documents on the firings.

The materials, which expand on the role Bush administration officials Karl Rove and Harriet Miers played in the firings, show Heffelfinger as having been one of the U.S. Attorneys targeted for removal.

This information is consistent with earlier reports that Heffelfinger was on a list of U.S. attorneys that the administration wanted dismissed for potentially political reasons. Although the Republican Heffelfinger had developed a seemingly strong record, part of the reason he made the list seemed to be his focus on protecting voting rights for Native Americans, according to documents and testimony.

By 2007, however, Heffelfinger had already resigned for personal reasons and moved into private practice. He said that he was not aware he had been targeted for dismissal at the time.

“I left for my own reasons,” said Heffelfinger in an interview with MinnPost. “My reasons were financial… this was my decision, not theirs.”

In the newly released materials, the document (PDF) that mentions Heffelfinger is an email sent from Kyle Sampson, then chief of staff and counselor to former U.S. Attorney General Alberto Gonzales, to Harriet Miers, who was White House Counsel at the time.

In the email, which was sent Jan. 9, 2006, Sampson recommends that the Office of the Counsel to the President and the Department of Justice work together to seek the replacement of a limited number of U.S. attorneys.

Sampson notes that Presidents Ronald Reagan and Bill Clinton did not seek to remove and replace U.S. attorneys that they had appointed whose four-year terms had expired.

Sampson speculates that this could be because they were pleased with their work or because of the amount of resources and time necessary to find a new person.

Sampson then describes the practical obstacles to removing a U.S. attorney, including the disruption of work at the Department of Justice, conflicts with senators who recommended the attorneys, the necessary background investigations and the requirement that the Congress confirm new nominations.

“None of the above obstacles are insuperable,” Sampson wrote. “First, a limited number of U.S. Attorneys could be targeted for removal and replacement, mitigating the shock to the system that would result from an across-the-board firing. Second, the Department of Justice’s Executive Office of the U.S. Attorneys (EOUSA) could work quietly with targeted U.S. Attorneys to encourage them to leave government service voluntarily; this would allow targeted U.S. Attorneys to make arrangements for work in the private sector and “save face” regarding the reason for leaving office, both in the Department of Justice community and in their local legal communities.”

Sampson then lists U.S. attorneys who “might be considered for removal and replacement.”

The list, which is seemingly constructed in chronological order based on term expirations, cites Heffelfinger first. No one is listed as a possible replacement candidate for Heffelfinger.

For more coverage of the newly disclosed documents, go here, here and here.