Minnesota, once a friendly Midwest island for gays and lesbians, no longer is unique.

First, the Iowa courts legalized gay marriage in that state. Now, Wisconsin, home to one of the most restrictive anti-gay marriage constitutional amendments in the country, has taken a sharp political turn.

Behind the leadership of Gov. Jim Doyle, the Wisconsin Legislature passed a budget bill that included a package of items supportive of gay, lesbian, bisexual and transgender (GLBT) residents.

Pawlenty blocked Minnesota measures
Meantime, Minnesota has languished as Gov. Tim Pawlenty has become a one-person roadblock in expanding rights. Pawlenty twice has vetoed legislation that would have allowed local governments to provide domestic partner benefits — such as health insurance — to gay couples. At the conclusion of this session, Pawlenty also vetoed “a safe schools bill” designed in part to protect GLBT kids from harassment.

Pawlenty’s veto pen has served as a motivator for most GLBT activists in the state.

“We’re going for nothing short of full-on marriage rights, certainly by 2013,” said Amy Johnson, executive director of OutFront Minnesota, a GLBT advocacy organization, which has preached a step-by-step approach to that goal in the past. “If we get a supportive governor, perhaps it can come sooner. With Pawlenty, nothing can pass.” 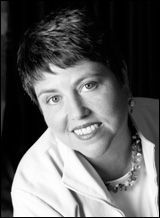 (At the moment, cities in Minnesota can approve some limited form of recognition of domestic partners, and such urban areas as Minneapolis, St. Paul and Duluth now offer such provisions.)

In Wisconsin, under Doyle and a Democratically-controlled legislature, a whole bundle of legislation passed that while not eliminating the 2006 marriage amendment did dampen some of its impacts. The amendment, which passed with 59 percent approval, was particularly restrictive because it tied all forms of civil unions with marriage.

The key aspect of the legislation, signed into law June 29, gives GLBT partners and unmarried heterosexuals the right to register as domestic partners. The move opens the door to many rights long enjoyed by married couples. Included are such rights as inheritance of an estate from a partner who doesn’t have a will, hospital and visitation rights, and the ability to make some decisions on the care of a disabled partner. The legislature also passed a law that gives state employees with domestic partners the same health insurance benefits as heterosexual couples.

Wisconsin registry of domestic partners just beginning
Registration of domestic partners began Aug. 3. Within a few days, more than 440 couples had registered across the state. In most counties, GLBT partners pay the same fee to register as heterosexual couples seeking to be married.

“This is nowhere near the rights married couple have, but it’s a step,” said Katie Belanger, executive director of Fair Wisconsin, the state’s leading GLBT advocacy organization.

Not surprisingly, some social conservatives aren’t buying that. The passage of the legislation has brought forth cries of anguish and legal challenges from Wisconsin Family Action, which has filed a suit with the state’s Supreme Court claiming that the domestic partners rights are unconstitutional under the language of the 2006 amendment.

To date, Wisconsin’s Supreme Court has not declared whether they will take on the Family Action suit.

“We are hopeful that the state Supreme Court will recognize that domestic partnerships are not substantially similar to marriage,” said Belanger.

Family Action isn’t the only organization going to the Supreme Court over the ’06 amendment.

The court, which most observers believes tilts conservative, is pondering an action from the other end of the political spectrum. In 2007, Bill McConkey, a University of Wisconsin-Oshkosh professor, filed a suit to overturn the amendment on technical grounds. Wisconsin law requires that amendments cover only one subject, and McConkey claims that the amendment linked two distinct subjects: marriage and civil unions.

There’s little one-subject case law in Wisconsin. How the Supreme Court might rule on McConkey is anyone’s guess. No decision is expected until fall, at the earliest.

If the state Supreme Court rejects McConkey’s challenge, it would take years to eliminate the amendment. The process to undo an amendment is the same as creating one: Two successive legislatures must approve the action before it goes to the voters.

But Belanger does believe that all of the discussions around GLBT issues has made Wisconsin a more gay-friendly place than it was before passage of the marriage/civil union ban.

“People in Wisconsin want all people treated fairly,” said Belanger, adding that since the passage of the amendment, polls have shown that 77 percent of the state’s residents support basic civil rights protections for the GLBT community.

In signing the legislation that has lifted some of the burden of the marriage amendment, Doyle cited more than just an issue of fairness. He also noted that equal rights are an important issue in terms of competitiveness with other states.

In Minnesota, OutFront’s Johnson applauded the progress in Wisconsin but added that in both Minnesota and Wisconsin, the big step must come: legalizing marriage for all.

“There’s no other solution,” Johnson said. “Separate but equal is not equal.”