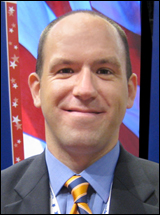 Michael Brodkorb has left the blogosphere.

With one of the most politically influential bloggers in Minnesota turning in his keyboard to become the deputy chair of the Minnesota Republican Party, one has to wonder what his fellow citizen pundits on the right side of Minnesota politics will do.

Of course, Brodkorb, who had blogged at the site Minnesota Democrats Exposed for several years, and I have a history. It’s well documented by him, other bloggers and the media. It was an incident that on some level we both personally regret. On another level, we are both better and smarter for the experience.

From my view on the Democratic side, I think Brodkorb has matured. The question is: Will the bloggers that sling arrows on the right follow course?

To date, Brodkorb is the best Minnesota example of partisan discipline that never violates Ronald Reagan’s 11th commandment for Republicans: “Thou shall not speak ill of another Republican.”

However, other Republican rank-and-file bloggers seem to be sinning regularly against Reagan’s code, to the consternation of most in the party. These sins are not one-time lapses but, rather, a trend: first in battles over the presidency, then in the race to lead the state GOP, and now in the governor’s race.

Take note of one of the biggest firebrands on the right, Andy Aplikowski. His Residual Forces blog is one where you will often find a hard-right edge. For several years, he has attempted to ignite a revolution among hard-line conservatives. Aplikowski hasn’t yet chosen which horse to ride in the governor race, but the fact that others have will continue to create tension and factions among these uber-activists.

Recently, Aplikowski committed what a few years ago would have been a mortal sin in blog etiquette — he took down or retracted an entire post and replaced it with this post, headlined “Fine You Deal With It.”

Don’t worry — the DFL bloggers preserved and promoted the post, which details rumors of a nasty rumor battle between the political followers of Rep. Marty Seifert and Rep. Laura Brod. That seems to be a standard formula of partisan blogs: rumors about rumors.

That is also the kind of strategy that Brodkorb mastered effectively in his early blogging days when he operated anonymously at the site Minnesota Democrats Exposed.

The problem for Republicans is that they now seem to be turning that strategy on themselves.

Another player is Gary Miller, who writes at Truth v. The Machine. (I still haven’t figured out what the machine is or what the truth is.) Miller led the charge to “draft” Rep. Laura Brod into the governor’s race and launched a Facebook group shortly after Gov. Tim Pawlenty announced he wouldn’t run again.

Miller openly went after Seifert about one of Seifert’s supporters suggesting a purge of Ron Paul supporters from the GOP. But he did thoughtfully conduct a transparent discussion.

Now, the state GOP is trying to regroup after a tough couple of years and with an internally divisive governor’s race ahead. It will be up to Brodkorb, with all of his experience of  lobbing bombs only at Democrats, who will have to help unite a party that seems to face numerous political landmines locally and nationally.

For our part, Brodkorb and I have long since broken bread, exchanged parenting and political stories and built a mutual respect for our individually chosen roles in the Minnesota political universe.  As Michael has said, “The hatchet has long been buried — and not in each other’s back.”

Now as a party leader, he has the task of keeping his fellow partisans from backstabbing each other in the blogosphere, and in the back rooms of politics.