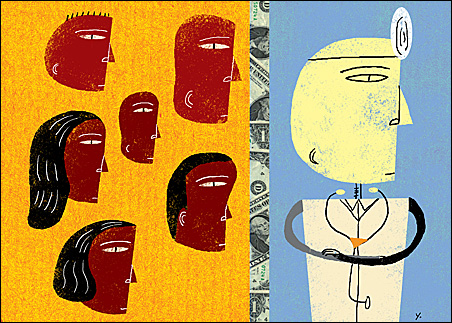 When does a small business become a large business for health-insurance purposes? Answer: When the small business hires its 51st employee, according to federal and state statutes.

Then, a formerly small business might be in for an eye-popping jolt upon seeing the annual renewal quote from the insurer — especially if a large medical claim was filed in the interim. That’s just what happened at Biotest Laboratories in Coon Rapids. During the 12-month period the 20-year-old company’s staff grew to 77 employees, a worker was diagnosed with pancreatic cancer.

According to Biotest, the initial quote from Medica was an increase of 72 percent, or $153,000 more, for 2009 coverage. After some haggling, Biotest ended up with a 39-percent rate increase from Medica. If Biotest hadn’t expanded its staff, its annual increase would have topped out at 25 percent because of protections built into state law for small businesses with two to 50 workers.

“We really had no choice [but to accept the quote] because of this large claim,” said Rebecca Hoppe, manager of corporate administration for Biotest. “Two of the other carriers in Minnesota had declined to quote us. We could have said, ‘No, thank you, we’re not offering health insurance.’ But this company [Biotest] is in the medical industry, and this company is committed to being able to provide medical insurance for its employees.”

Medica, UnitedHealth under scrutiny
Biotest’s experience has come to the attention of the U.S. House Energy and Commerce Committee and the Oversight and Investigations Subcommittee. On Monday, the panels’ chairmen sent letters to Minnetonka-based Medica (pdf) and UnitedHealth Group (pdf) and four other insurers in the nation. The three-page letters seek detailed information including how the insurers determine premium increases for businesses with 100 or fewer workers.

The letters come as Congress prepares to go back into session next week to consider health-care reform legislation, some of which promises relief to small businesses, depending on their politics. Guaranteed issue of policies regardless of pre-existing conditions is the one insurance reform on which they all agree.

“As we continue our investigation into business practices in the health insurance industry, the treatment of small businesses remains a concern,” said subcommittee Chairman Bart Stupak, D-Mich., in a joint statement with Energy and Commerce Chair Henry Waxman, D-Calif. “We have documented examples of insurance companies raising small business premiums by an unsustainable amount or canceling a policy once it is discovered a covered employee is sick. Much like rescissions in the individual market, this practice is alarming. To better understand how prevalent this practice is and precisely how many small businesses are impacted, we are asking some of the largest insurers to provide information on their small business policies.” 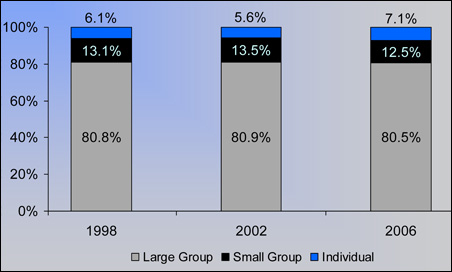 The practice is called “purging,” but Medica insists that Biotest is not an example of purging. And Hoppe says Biotest’s main beef is with insurance statutes limiting the size of a small business to 50 workers and in effect making them more vulnerable to big rate increases.

“The point I wanted to make is our name appeared in a story [BusinessWeek, Aug. 7] about purging, citing an example [Biotest] where not only did we NOT purge the business, we kept it by lowering the renewal and beating out a competitor,” Medica spokesman Larry Bussey told MinnPost. “We think the story is wrong but that’s what probably got our name on the list” of insurers now under scrutiny. Bussey also disputes the 72-percent initial rate increase for Biotest, saying it was actually 60 percent.

Furthermore, Bussey says, state law requires guaranteed renewal of a group insurance policy. “We can’t go to a group and say, ‘We’re sick of you.’ Any decision to renew is the group’s decision. … We set the rates based on standard underwriting that looks at their experience and looks at mitigating factors to reduce the effect of high-cost claims.”

State regulators looking at Medica, too
Medica now faces additional scrutiny in its home state. The Minnesota Department of Commerce is looking into the Biotest case since MinnPost brought it to the insurance regulator’s attention.

John Gross, Commerce’s director of health-care policy, said he is emailing the department’s actuary, who is on vacation this week. “We want to have a chat with her … to say, ‘Here’s an issue and where do we want to go with this?’ … If a company’s screwing around, she’s going to cause them some grief.”

Such high double-digit premium increases after an employee becomes seriously ill are of concern to Commerce, Gross said. “We would go back to Medica and say, ‘Why did you do this and that … and what’s your basis?’ … If someone has this issue, give us a call,” he said. (The Consumer Response Team can be reached at 651-296-2488 or 1-800-657-3602.) 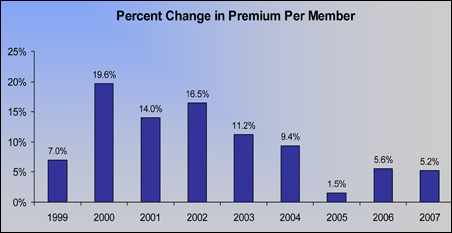 How common is purging in the land of nonprofit health insurers? Apparently it’s rare enough that Gross and others were unfamiliar with the term. “It’s not real prevalent in Minnesota,” Gross says, adding that purging and rescission in the individual market seem to be more of a national issue.

Medica’s Bussey agrees. “The whole notion of purging, if it exists and I’m not convinced it does, is much more a product of a for-profit insurer because it’s a profit measure. For us [in the nonprofit arena], we compete on membership, not profit, so there’s no incentive for us to purge business.”

Asked for comment about the congressional inquiry into purging, John Parker, a spokesman for for-profit UnitedHealth Group, said in an email: “We have received the letter and are currently reviewing it.”

Nancy Breymeier, president of the 163-member Metro Independent Business Alliance, said one of the group’s larger employers saw its premium double after two “very large” claims. “They [a business with more than 100 employees] tried to bid it out, but no one would take them because of the pre-existing conditions. They were stuck with that premium increase, and they are still stuck.”

Other members have just walked away from offering health insurance or they’ve reluctantly passed on the cost to employees in the form of increasingly higher deductibles and monthly premiums.

When the alliance formed five years ago, an informal survey found 50 percent of the member businesses offered health insurance “in some shape or form” to employees, Breymeier says. But now, only 25 percent offer health insurance because of escalating costs and what she calls a lack of competition in Minnesota. The businesses with up to 100 workers feel especially squeezed, she says.

But even with all the protections afforded smaller businesses, premiums tend to cost 18 percent more than large-group policies, according to statistics from the National Federation of Independent Business.

“You can’t shop; there’s just no shopping around,” says Breymeier, who owns Strategic Financial Group and the Amore coffee shop in St. Paul. “You’re either too small to be considered small [the self-employed business of one], and you’re either too large [more than 50 employees] to be considered small. If you’re within 25 to100 employees, it’s just hard.”

In 2007, Blue Cross and Blue Shield controlled 46 percent of the $1.53 billion small-group market in Minnesota, according to a another report (PDF) from the Health Economics Program. Medica had 28.6 percent of the business, and HealthPartners, 18 percent. PreferredOne and Federated Mutual each had about 3 percent of the market, and five other insurers split the rest. 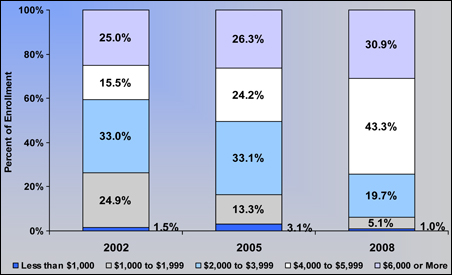 So, what kinds of insurance protections are afforded legally small employers (2-50 workers) in Minnesota? For one, there’s guaranteed issue of insurance coverage. For another, their rates can’t go up more than 25 percent in a year. And, unlike larger employers (51-plus workers), losses are spread throughout the entire small-group pool.

But it’s a different ball game for employers with 51 or more workers.

“An employer’s premiums are set by their experience [previous losses], their industry [claims for a bridge construction company could be higher than an employer who has office employees], where they are located in Minnesota [medical costs in rural Minnesota are lower] and how long has this coverage been continued by the insurer,” Gross said.

Desperately seeking redefinition of small business
Since that eye-popping premium increase, Biotest’s owners have been writing federal and state lawmakers, urging them to expand the definition of a small-group employer to 100 workers. They testified at a hearing this session on a state bill to raise the ceiling to 100 workers, but the bill was withdrawn after opposition from the health-insurance industry and some interest groups. The Minnesota Chamber of Commerce and the state NFIB chapter said they would remain “neutral” on the proposal because they serve small and large members, the latter of which might be adversely affected in such a shift.

The issue is expected to be addressed again in the next session, said a spokeswoman for state Sen. Linda Scheid, D-Brooklyn Park.

Still, there’s no quibble that small employers are “cost-sensitive” when it comes to health insurance, said Stacia Smith, director of workforce and health policy for the state Chamber of Commerce. “Health care is already unaffordable without a purging effect, which I’m sure is putting a lot of small businesses over the top,” she said.

Biotest’s Hoppe is still holding out hope for raising the insurance definition of a small business to 100 workers. She says it would make a big difference to businesses too small to go the “self-insured” route enjoyed by larger employers. Self-insured means the employer pays for all of the medical claims but has an insurer administer the plan. Self-insured companies come under federal purview instead of state purview, which means they can bypass state mandates and presumably see lower costs. Nearly 40 percent of Minnesota’s large group market falls into the self-insured category, which also means the “fully insured” pool is smaller.

“The way the insurance pools are set up in Minnesota has left us vulnerable to big rate increases,” said Hoppe. “We’ve read some of the [federal] bills out there and they all seem to have an effective implementation date of three to four years in the future, and three to four years in the future is not going to be the immediate relief that many, many small businesses need.

“Relief is needed now because of the economic conditions that exist and the continuing increase in the cost of medical care. We understand there is a much bigger picture out there, and it’s not something we see that we could solve. We’re looking at the little piece of what we can do now, which would be effective immediately.”