Sen. Amy Klobuchar, for instance, said that she was concerned about the legislation’s fee on medical device makers, Medicare-payment reform issues and the fiscal burden that the bill could place on states through new Medicaid requirements and on the middle class through a combination of new fees and subsidies.

Klobuchar, a Democrat, also said she would like the bill to address more long-term care issues. Klobuchar has supported the inclusion of the late Sen. Ted Kennedy’s CLASS Act, which aims to create an insurance plan that would help provide a safety net for those who need long term care.

“It is a starting point,” Klobuchar said of bill, unveiled with much fanfare Wednesday by Finance Committee Chairman Max Baucus. “[But] there has to be some major improvements.”

“It’s obviously a major achievement to have crafted a bill that covers 94 percent of Americans while reducing costs and eliminating discrimination against people with pre-existing conditions,” Franken said in a statement on Thursday. “But it’s unfortunate that the bill does not guarantee affordable coverage for working families and that a public health insurance option is not included.  The final Senate bill must also include real cost-containment strategies like paying for value in Medicare.”

Some of the Minnesota representatives agreed. 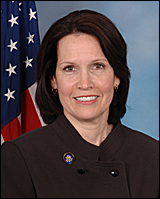 Rep. Betty McCollum pointed out that the bill does not include a Medicare-like public option, which is part of the House bills. Instead, the new legislation would create nonprofit cooperatives to compete with private insurers.

In a preliminary review of the bill, however, the Congressional Budget Office found (PDF) that the co-ops would have little effect on enrollment in proposed insurance exchanges “because they seem unlikely to establish a significant market presence.”

In other words, the co-ops would not do what they were intended to do, which is compete with private insurers. This is because the proposed co-ops would operate on a state level, would not be allowed to contract with large employers and could not set national payment rates for their members like Medicare.

“It is disappointing that the Senate Finance Committee proposal does not take the steps that the House bill does to make coverage more affordable with a public option,” said Democrat McCollum.

McCollum added that the legislation doesn’t adequately address the Medicare-payment model that currently puts states like Minnesota at a disadvantage.

Rep. Keith Ellison was more blunt. “This is a colossal failure,” the Democrat from Minneapolis said in an interview Thursday with MinnPost. “It is legislative malpractice.”

The Baucus bill has made concessions to Republicans, including making the legislation cheaper and designing it to reduce the deficit, removing the public option and adding protections to keep federal funds from being used on abortions and illegal immigrants. But it still doesn’t have any Republican support.

“The Republicans are playing him like a fiddle,” Ellison said.

Calls to Minnesota’s Republican lawmakers for comment on the bill were not immediately returned.

Rep. Jim Oberstar, a Democrat, acknowledged the situation with skepticism. 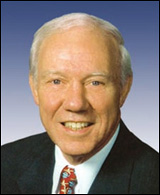 “While it is good to see the Senate making progress, it’s difficult to know how much weight to give to a bipartisan compromise that does not have bipartisan support,” Oberstar said.

All this isn’t to say that the news was entirely negative for Baucus and his proposal.

The Congressional Budget Office reported that the $856 billion bill would cover 94 percent of legal residents and would reduce the deficit as time goes on. And the Center on Budget and Policy Priorities deemed the legislation “fiscally responsible.”

But the Center on Budget and Policy Priorities, a liberal fiscal policy group in Washington, D.C, also found room for criticism, including raising concern about the bill’s so-called “free rider” requirement. The proposed measure would require employers who do not offer health coverage to contribute for low- and moderate-income employees who receive government subsidies to purchase coverage through the health insurance exchange. But employers would not have to contribute for higher-income employees who do not receive subsidies through the exchange.

The bill would also require employers who do offer coverage to contribute if some of their workers receive subsidies because the coverage the employer offers is not considered affordable for them.

This is different than the House bills, which would require all employers over a certain size to provide insurance or pay a fee.

The center warns that the Baucus bill could discourage employers from hiring of people from low- and moderate-income families.

Here are some other differences between the Baucus bill and the House bills:

The Baucus bill contains fewer subsidies for people making a moderate income. For those who earn up to 400 percent of the government-designated level of poverty, the Baucus bill caps premiums at 13 percent of income. Meanwhile, the House bill that passed out of the Energy and Commerce Committee caps premiums at 12 percent. According to the Center on Budget and Policy Priorities, 400 percent of poverty equals $73,240 for a family of three and $43,200 for an individual. So, under the Baucus bill, the most that a family of three would have to pay to purchase insurance would be $9,521 a year. Under the house bill, this amount would be $8,789.

For more info on the bill, go here, here and here.