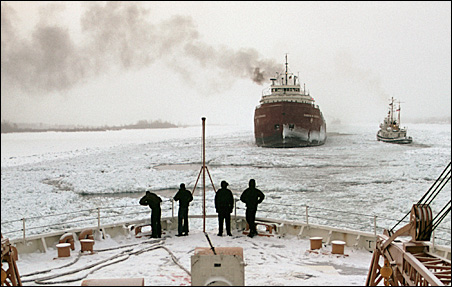 WASHINGTON, D.C. — A battle over a proposal to regulate air pollution from ships is pitting clean-air advocates against industry groups and Midwestern lawmakers, including Minnesota’s Jim Oberstar, who claim the plan would further damage the recession-battered Great Lakes economy.

“The EPA’s proposed emissions rule would effectively doom an entire class of vessels that serve our port and jeopardize the useful lives of another 20 bulk cargo carriers currently in operation on these waters,” wrote Gerald Walls, president of the Port of Duluth-Superior Propeller Club, in a recent letter [PDF] to the Environmental Protection Agency (EPA).

The rule would require  new ships to have more efficient engines by 2011 and  all large ships operating in  U.S. waters and in defined coastal areas to use a lower-sulfur fuel by 2012.

Lower-sulfur fuel is about 70 percent more expensive than the fuel large ships now use, according to industry experts. In addition, about a quarter of the cargo-moving ships on the Great Lakes have engines that cannot run on lower-sulfur fuel. Each engine upgrade costs about $22 million.

“We are not opposed to the new engine regulations. What we are opposed to are the new fuel standards,” said James H. I. Weakley, president of the Lake Carriers’ Association, which represents most  cargo-moving vessels on the Great Lakes. “It will have a catastrophic economic impact.”

Weakley estimated that the higher fuel costs combined with the engine overhauls could cost the Great Lakes shipping industry about $300 million.

Industry groups also say that the rule would disproportionately affect Great Lakes shipping because vessels on the Great Lakes would have to use the more expensive fuel for all trips since the ships operate in U.S. waters for at least part of their routes due to the geographic configuration of the Great Lakes and the navigation channels. By contrast, ships on the coasts would only have to use the fuel within about 200 miles of the country’s coastline. The rest of the time, these ships could use the cheaper fuel.

“The geographic component of the proposal clearly discriminates against the Great Lakes,” Weakley wrote in a letter to the EPA [PDF] on March 6, 2008.

‘Very cost prohibitive’
At the same time, ships on the Great Lakes also face competition from trucks and trains  that coastal shippers do not.

“So this all becomes very cost prohibitive,” said Steve Fisher, executive director of American Great Lakes Ports Association. “On the Great Lakes, shipping competes with trucking and train. So, we have asked the EPA to sort of hit the pause button and go back and analyze this a lot more.”

But last week the EPA’s Clean Air Act Advisory Committee — a stakeholder advisory group — told the agency not to dally.

The group, comprised of state and local representatives, engine manufacturers, automakers, refiners, public health experts and environmental organizations, unanimously recommended that the EPA carry out its emissions proposal and “decline requests for any geographic exemptions including, but not limited to, the Great Lakes.”

The EPA did not specifically look at the rule’s impact on the Great Lakes, but it predicts that the plan would cut emissions of nitrogen oxides in the United States by 1.2 million tons and particulate matter emissions by about 143,000 tons by 2030. The agency also estimates that the program would prevent between 13,000 and 33,000 premature deaths a year by 2030.

“Air pollution from large marine diesel engines affects not just populations living near ports and coastlines, but also those living hundreds of miles inland,” the EPA wrote in a fact sheet on the rule. “When people breathe this polluted air, their health is adversely affected leading to lost productivity due to increased illnesses, hospitalizations and even premature deaths. EPA believes that diesel exhaust is likely to be carcinogenic to humans by inhalation. Children, people with heart and lung diseases, and the elderly are thought to be most at risk. Reducing emissions from these large marine diesel engines will lead to significant public health benefits…” [PDF]

Still, industry groups and some lawmakers argue that the rule should be delayed because there hasn’t been a definitive analysis of what it would mean for the Great Lakes.

Last week, Oberstar and other members of the Great Lakes delegation met with EPA staff to discuss the proposed rule and the problems it may pose to the Great Lakes region. 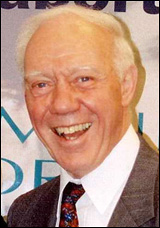 “EPA was grateful for the invitation and appreciated the opportunity,” the EPA said in a statement. “The matter at issue is a proposed rule not a final one. EPA received a large number of thoughtful, valid public comments, including from the affected industries. EPA listens to public comments and takes them into account before issuing final regulations.”

But, according to a congressional aide close to the talks who requested anonymity due to the private nature of the meeting, the discussion did not immediately yield a workable solution for the lawmakers.

“They left their guitars in the cases and nobody sang ‘Kumbaya,'” the aide said.

Potential move by Congress
With the issue still unresolved, clean-air advocates are on the lookout for congressional action in the form of an amendment to the annual EPA spending bill, which would seek to limit the agency’s power to enact the rule.

In letters to House and Senate subcommittees last week, clean-air groups expressed their dismay at the possibility of a so-called rider to the 2010 Interior-EPA appropriations bill.

“The need for these rules is urgent,” wrote the American Lung Association, Clean Air Watch, the National Association of Clean Air Agencies, the Natural Resources Defense Council and the Puget Sound Clean Air Agency. “Any delay will postpone the health benefits.” [PDF]

It’s unclear if such an amendment is on the table or what it would even look like.

Rep. David Obey, D-Wis., who chairs the powerful House Appropriations Committee, declined to comment  last week, but there have been reports saying that he might support such a measure.

In an interview with MinnPost last week, Oberstar spokesman John Schadl also indicated that the Minnesota Democrat might  back congressional action if the EPA refused to budge.

“We are just starting to call people back on the [Iron] Range after a big layoff. We want to keep people working,” Schadl said.

“If the EPA continues with its current course, if they proceed with this proposed rule-making as it stands, Jim would definitely be open to taking congressional action to make sure the Great Lakes industries are not disproportionately harmed,” he said.

Despite these arguments, clean-air groups have reacted with outrage over the pressure that members of Congress are exerting on the EPA to change its rule.

“They are essentially trying to pull a backroom deal,” said Frank O’Donnell, president of Clean Air Watch. “It is appalling to think that Democrats such as Oberstar have been linked to this… I mean this is not an open process, this is a stealth attack.”

The American Lung Association of Minnesota, which also joined in a letter to Congress opposing  a rider, said it did not think the Great Lakes should be exempt from the rule.

“The particulate pollution from these ships can travel miles inland, reaching as far as North Dakota,” said spokesman Robert Moffitt. “So, it is very important that we start taking some concrete steps now to clean up these vessels and not delay it any longer.”

But on Tuesday, Oberstar indicated that the EPA and members of the Great Lakes delegation might be nearing some kind of agreement on the issue.

“We are working on how to address this,” Oberstar said. “…I’ll have something after tomorrow.”