Rep. Bart Stupak, D-Mich., spoke about his opposition to funding abortion in any potential legislation on health care reform on an Oct. 27 C-SPAN broadcast.

In the great public debates of our time, the political right does a better job of grabbing the country’s big symbols than the left.

In the Vietnam War era, the hawks captured the Stars and Stripes. If you didn’t support the war, you weren’t a patriot and you had no right to fly the flag.

Now, it’s happening again. The right has grabbed for the cross and other religious symbols in the debate on whether abortion should be paid for in any sort of health care reform that Congress can stumble upon.  With their loud voices and bully pulpits, the combination of the U.S. Conference of Catholic Bishops and the Christian right have teamed up to turn health care reform into an abortion debate of good (abortion foes) versus evil (godless choicers).

Pols, of course, want to be seen hanging out with the angels. Thus, abortion, protected in law, is outlawed in public health care, at least in the House version of reform that includes the funding ban amendment sponsored by Michigan Democrat Bart Stupak. Separation of church and state? Forget it on this issue.

But the reality is there are people of faith who support abortion rights and who are frustrated by how the abortion debate has become so central to the health care reform struggle.

“I am pro-choice because of my faith, not in spite of it,” said Kelli Clement, a candidate for ministry of the Unitarian Universalist Association and co-chair of the Minnesota Religious Coalition for Reproductive Choice. “I believe in the moral agency of human beings, the moral agency of women. Women are endowed by their creator with wisdom, sensitivity and imagination. We’re able to understand our past, the realities of our present and imagine our future. Women are able to understand our choices better than the government and politicians.”

The idea that the Catholic bishops and the Christian right hold the high moral ground “drives me nuts,” Clement said.

But their voices always seem muted.

“It’s a challenge because of the way others are organized,” said Kiely Todd Roska, executive director of the Minnesota religious choice coalition. “We don’t have a single authority speaking for our religious body. We don’t have the same structure.” 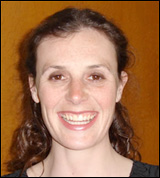 Beyond that, the choice position is far more complex than the simple “No!” of those who oppose abortion.

“As religious people, we believe in compassion and support and understanding for those who have difficult decisions to make,” said Todd Roska. “But a complicated moral argument is hard to fit in a 30-second sound bite or on a bumper sticker. We [pro-choice religious leaders] are trying to reach out to the media for a more lengthy examination of this. It’s definitely a challenge.”

Said Clement, “No person I’ve ever known thinks that abortion is something a woman wants to do. It’s a terribly difficult choice. It’s a sacred choice. But no one chooses for you. No church. No insurance company and certainly the Congress shouldn’t get to choose for me.”

The hope among the pro-choice organizations is that the Senate won’t melt in the abortion heat.

“The Catholic bishops certainly have a right to their opinion,” said Todd Roska, “but to say that their position is the law that everyone lives by is simply wrong. That should be where separation of church and state comes in.”

There’s an effort being made by pro-choice religious leaders to let pols know — through letters to newspapers, calls to members of Congress — that people of faith come in all sorts of beliefs on the abortion issue.

“They need to know that there are huge numbers of religious people who are pro-choice,” said Todd Roska.

But if the Senate does accept the House language — or if any final reform bill that comes out of conference committee prohibits any public money for abortion — is there a fallback position for the coalition?

“People need [health] coverage,” said Todd Roska. “It’s unfortunate that need is being sidetracked by another abortion discussion that’s the same every time. The Catholic bishops have made abortion their No. 1 moral issue. Health care ends up on the back burner.  It shouldn’t happen, but it always seems to.”

She implied that she’s inclined to believe that abortion rights in this bill might have to be sacrificed for health care reform.

Clement seemed to be in the same place.

“I want lawmakers to uphold their oaths,” said Clement. “I want them to uphold the rights of other people. Abortion is a legal form of medical care. It’s federally protected. I want it supported.”

There was a long pause.

“It would be detrimental to hold up health care reform,” she said.