Minnesota may be thought of as a beacon of civic virtue, but its state government is behind the times.

CPI, a nonprofit based in Washington, D.C., that does investigative reporting, has measured the transparency of the every state’s legislative disclosure guidelines since 1999. Each time, Minnesota’s flunked the survey. This year it scored 53.5 out of 100 points, ranking 40th among the nation as one of the 20 failing states on the list.

Since the survey began, not many low-ranking states have taken notice to boost their standings.

But Caitlin Ginley, the lead reporter and researcher for the project, says that every couple of years a state revamps its laws and rises in the rankings.

The most recent and telling example is Louisiana, where Gov. Bobby Jindal’s package of ethics reforms in early 2008 shot the state from 44th in 2006 up to first in CPI’s 2009 rankings. Much of the reforms were based on the CPI survey, and some went beyond it.

Unlike Louisiana, Minnesota is not known for government corruption and scandal. So does it really deserve an F? 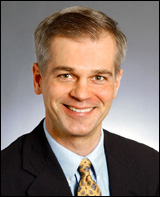 State Sen. John Marty, DFL-Roseville, thinks so. He’s been active in ethics reform throughout his 20-plus year political tenure. “I’ve been trying to tighten this for a number of years,” he said. “Minnesota has some mega, major loopholes.”

Mike Dean, executive director of Common Cause Minnesota, agrees. He says massive ethics reforms like Louisiana came as a result of corruption scandals. According to Dean, Minnesota ceased being a model of government ethics in the mid-to-late ’90s.

“I think we got lazy. We rested on our laurels,” he said. “It’s put us at a point where we’re waiting for a crisis to happen.”

Minnesota flunks
The CPI’s 42-question survey is based on disclosure rules in different states. The research was divided into four parts: how often states require disclosure, the extent of information filed, public access to the files and how well the rules are enforced.

The project’s researchers spent six months looking into each state’s rules and talking to ethics officers. They found that Minnesota only collects a “fractional amount of information from state legislators compared to other states,” said Steve Carpinelli, a CPI spokesman.

In the 2009 survey, Minnesota failed in 18 standards CPI identified as important, including not requiring lawmakers to disclose their or their spouses’ incomes, real property values, investments and investment values, and client names and client values.

But Marty’s biggest concern — one, he says, the CPI study doesn’t underscore enough — is how the state’s disclosure form specifically tells the applicant not to include payments for services from independent contractors.

Marty has presented several bills to require listing independent contracting information, among other tighter rules. None have been enacted into law. The most recent proposal was in 2005.

According to Dean, more disclosure is not a lawmaker’s priority. “When it’s not in a legislator’s self-interest, it’s a hard issue to pass,” he said.

The rules
Minnesota’s disclosure rules were enacted in 1974 in the Watergate aftermath. To file as a candidate for public office, a three-page disclosure form must be filled out.

Along with name, address and phone number, candidates must name their employer and occupation. If they’ve received more than $50 for “labor or personal services” from any associated business in the month before the filing date, they have to list it. Candidates also have to list any businesses where they have shares worth $2,500 or more.

If state legislators feel they have a financial conflict of interest before a vote, they are required to describe the conflict in a written statement and give it to their “immediate superior,” according to a Minnesota statute. In the House, the superior is the speaker of the House. If there’s not enough time to write it out, the House member is allowed to verbally describe the potential conflict to the speaker, and then the speaker decides what action, if any, will be taken.

Gary Goldsmith, executive director of the Minnesota Campaign Finance and Public Disclosure Board, said these situations don’t come up very often, and when they do, the potential conflicts often aren’t great enough to stop a lawmaker from voting.

But Marty, whose biggest ethics reform victory came in 1995 when his bill banning lobbyist gifts passed, says many of the state’s loopholes leave the public with no way of knowing potential conflicts.

He attributes much of his success with the gift ban bill to media’s interest in the issue at the time, which, he says, is not the case now.

Reform not a bad idea?
Although Marty can’t find much interest in the Legislature to adopt a new ethics bill, many government officials favor the CPI’s recommendations. 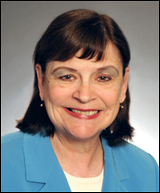 “Some of them might be worth a committee discussing,” said Sen. Ann Rest, DFL-New Hope, who chairs the Government Oversight and Operations committee that Marty sits on. She likes the idea of employment descriptions, but characterizes it as adding information to a topic that the state already has covered. She favors disclosing officer and director positions.

“I don’t recall specifically saying I’m a member of the Minnesota Orchestra Board of Directors, which I was,” she said. “I don’t know why it would help anybody, but I don’t object to it.”

Like other legislators, she opposes disclosing spouse and dependent information. “We already know who the high profile wives are. When Mary Pawlenty changes jobs, it’s news,” she said.

Rest said most lawmakers would oppose disclosing client information because of privacy and business reasons. 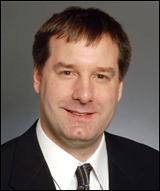 Sen. Chris Gerlach, the ranking Republican on the Operations and Oversight committee, is skeptical of the study. He says public disclosure is important but needs to be balanced with privacy and underscores how Minnesota hardly deals with ethics issues.

“[CPI has] made a list of everything under the sun of what every state is doing,” he said. “There’s not a single state in the country that does all [CPI recommendations].”

• Full descriptions of employers, along with their spouse’s employment information.

• Names of spouses and dependents.

• Their and their spouse’s real property value ranges/amounts.

The DFL candidates for governor who told MinnPost they favor the recommended standards include Marty, Matt Entenza and Rep. Paul Thissen. Republican candidates who favor the entire package include Rep. Marty Seifert, R-Marshall, and Leslie Davis.

“The Legislature is not going to do this on its own,” said Marty. “The only way we can get this passed is with public pressure.”

Minnesota’s legislative disclosure rules: Why are they so weak?