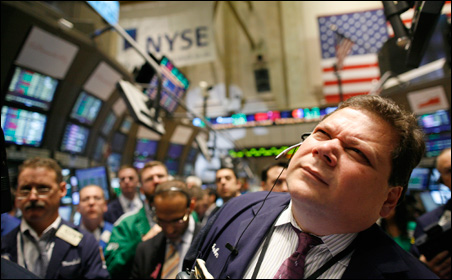 When Daniel Kahneman shared the Nobel Memorial Prize in Economic Sciences in 2002, it was music to the ears of Carol Clark. The music has been sounding sweeter ever since.

The recognition was unusual because Kahneman is a psychologist, not an economist. He was honored for his pioneering work in theorizing that emotions count for more than rational thought in influencing economic behavior.

For Clark, a money manager at Lowry Hill Investment Advisors in Minneapolis, it was an affirming moment. She had been in Kahneman’s camp for years, when it wasn’t such a fashionable place to be.

Mainstream economic and financial theory held that investors acted rationally, and so did the stock market. Kahneman’s award signaled revisionist thinking. Behavioral finance has been picking up ground ever since.

With the rebounding stock market now reaching highs for the year, the new focus on market behavior offers a timely reminder of the importance of focusing on longer-term swings in the market instead of the day-to-day ups and downs in stock prices. 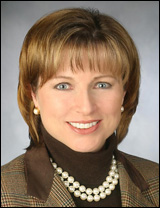 Carol Clark’s journey is one of many signs that this field is wielding more influence in finance and investment circles. Economists Richard Thaler at the University of Chicago and Robert Shiller at Yale University are the most visible leaders in this rise.

Thaler and Cass Sunstein, a law professor who is now a White House adviser, wrote “Nudge,” a 2008 book about how people can make better choices. Shiller is credited with coining the phrase “irrational exuberance,” a reference to the bull market of the mid-1990s. He helped develop the Case-Shiller Index, which tracks housing prices and has become one of the most frequently cited measures of the economy.

Doubts about efficient market
For decades, the “efficient markets” theory prevailed in the highest echelons of academe and corporate finance. A central proposition of this theory holds that prices of stocks will “fully reflect” available information and thus steer capital to its most efficient uses. In short, the stock market is a pretty rational place that gets prices right.

Even today, Clark notes, the efficient markets theory remains embedded on college campuses and at the CFA Institute, the global nonprofit that manages the accrediting of investment professionals.

But the theory didn’t add up for Clark, who manages $600 million at Lowry Hill for 30 wealthy families. “I never believed it,” she says.

Nor did others looking out from the trenches of money management. Day after day, they got a dose of reality that didn’t square with the efficient markets theory being taught in so many MBA programs and economics classes.

“I do think markets are reasonably efficient most of the time,” Clark says.

But whew! What about those other times? They are hardly footnotes.

“We’ve set ourselves up for more volatility in the markets,” says Clark. She cites staggering increases in the assets of mutual funds, 401(k) assets and pension funds over the last 30 years and far greater trading in the market. Thus, when the markets get in a particularly bullish or bearish mood, mass psychology kicks in — more than in the past — to amplify the swings.

Not so tiny bubbles
The seesaws take investors up to the heavens and then back to earth again. Think the dot-com bubble and its subsequent bursting in 2000. Or last fall’s financial meltdown, which triggered a deep decline in the stock market, followed by this year’s considerable rebound.

Clark didn’t go to the University of Chicago, where economist Eugene Fama became famous as the father of the efficient markets theory. Fama and his disciples, who came out of the “Chicago School of Economics,” built elegant mathematical models which, they argued, showed that the market operates in a reasonably predictable way.

Instead, she went to William Woods University in deepest Missouri, halfway between St. Louis and Kansas City. The school has a strong equestrian curriculum, which drew her interest. Clark liked horses and was pondering a career as a veterinarian.

While at Piper, she earned her Chartered Financial Analyst designation, a lengthy and exhaustive process that exposed her to efficient markets theory.

Clark recalls an eye-opening experience during a particularly bullish day at Piper. She was standing near a trader who took a call from an East Coast money manager. “Buy me 5,000 shares of anything and then call me and tell me what you bought,” the caller told the trader. The thundering herd was buying mindlessly.

Spotting holes
“That was my first clue that there might be holes in the efficient market hypothesis,” she says.

In 1987, she moved to First Trust in St. Paul. She remembers clients there who held stocks for decades because of family traditions, despite solid evidence that they should be sold. “It doesn’t take you very long, sitting across the table from investors, to realize that most people are very emotional about investing,” she says.

In 1993, she joined Lowry Hill. In recent years, she has been delivering presentations and writing advisories that draw on advances in psychology, neuroscience and medical technology to describe how a grasp of behavioral finance can help investors.

Her presentations are laced with cartoons and colorful business magazine covers that illustrate the powerful force of mass psychology in pushing stocks up and down.

“We’re not really wired to be investors,” she says. “We want to run with the herd and run with the crowds.” She mentions surveys showing that up to half of the respondents knowingly gave wrong answers rather than go against the crowd.

Riding the emotional cycle
Clark cites a “cycle of investor emotions” that drives prices up and down even as the intrinsic value of an investor’s stock steadily rises: optimism, excitement, thrill, euphoria, anxiety, denial, fear, desperation, panic, capitulation, despondency, depression, hope, relief and back to optimism again. Euphoria is the time of maximum risk; depression, the moment opportunity knocks.

The public capital markets are organized “to bring out the worst in our ancient wiring,” she wrote in one recent advisory. “By their very nature, the markets are not predictable.

“We place a greater weight on the story that we just heard than on more verifiable or logical long-term, but distantly experienced evidence. We want desperately to believe that those we view as successful are experts, even if their advice does not make sense or is not meaningful to our specific situation.”

If only we would recognize our natural shortcomings, she says, we could then learn to deal with them. “Behavioral finance is fascinating, but sometimes it can be difficult to implement.”

Yet there are ways. Clark says we can short-circuit our innate wiring in matters of money by filtering out the deafening noise about the market — the meaningless predictions, the daily deluge of largely useless data, the endless media speculation, the unsubstantiated claims about why the market moved this way or that over the last day, hour or minute.

Investors can limit risk through sound allocation of assets. By thoughtful planning, they can exert some control over taxes, fees and costs. They should never forget that no bell rings to announce market tops or bottoms, and no magic box filled with fancy equations can banish risk.

Recent developments have showered her with fresh material, including a new book by Justin Fox — “The Myth of the Rational Market” — and more huge swings in the stock market. In October 2007, the Dow Jones Industrial Average peaked at 14,165. Just 10 months later, it was below 12,000 and by October 2008 (after the Lehman Brothers failure and the financial meltdown), it was down to 8,519. In March, it bottomed below 6,600. Then came a sharp rebound, which has boosted the average above 10,000 again.

As Thaler wrote in the Financial Times this August, the efficient markets theory that “the price is right … is in more trouble than ever.”

That’s no surprise to Carol Clark. She is ginning up a new presentation for her clients, recounting the many bubbles that have visited the financial markets over the centuries: “Bubbles and Busts, Mania and Panics: The Myth of Efficient Markets and Rational Investors” is her working title.

“If you look back,” she says, “you would have to say there’s something seriously wrong with the idea that investors are rational.”

Dave Beal writes about business and the economy. He can be reached at dbeal [at] minnpost [dot] com.

What’s up (or down) with the markets? Often, runaway emotions that drive investor behavior