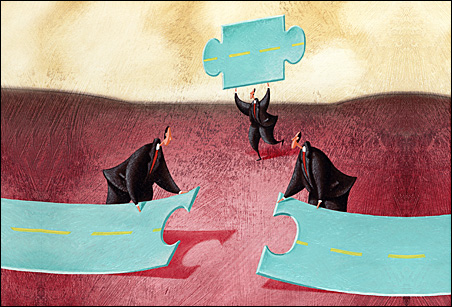 WASHINGTON, D.C. — Minnesota is set to receive an extra $579 million in transportation, infrastructure and transit funding that’s part of a job stimulus bill narrowly approved by the House late Wednesday. A one-year extension of the current surface-transportation bill included in the package will add another $633 million in project funding in the state through fiscal year 2010.

“It’s an investment in human capital, transportation capital and the future of our country,” said Rep. Jim Oberstar, the House Transportation Committee chairman.

The Minnesota delegation was split 4-4 in favor of the jobs bill, which passed the House 217-212 without a single Republican vote. The measure now goes on to the Senate, which is not expected to consider it this year and generally favors smaller stimulus packages.

Oberstar was joined in voting for the bill by Democratic Reps. Keith Ellison, Betty McCollum and Tim Walz, while Rep. Collin Peterson, a Democrat, and all three state Republican lawmakers opposed the bill.

“It’s not big enough, it’s not enough, but I’ve got to vote for jobs,” Ellison said of the $75 billion bill, which includes $48 billion in transportation funding, $27 billion for hiring teachers, first responders and for job training and extensions to unemployment benefits and COBRA cost assistance.

“I’m not going to vote for it, it’s not paid for,” Peterson said shortly before he cast his ballot against the measure. 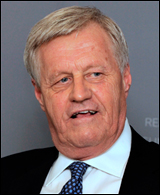 “So when that money runs out, then what are we going to do? When are we ever going to stop this?” Peterson asked. “At some point we’ve got to get this deficit going the other way.”

‘Son of Stimulus’ bill
However, saying that the federal government has an obligation to “pay our bills,” Peterson joined his Democratic colleagues in approving a short-term increase to the debt ceiling that is estimated to last until about February. His vote was crucial — the measure only passed by a 218-214 vote.

The $290 billion increase would raise the debt limit to $12.349 trillion. The national debt stands at $12.139 trillion, just barely higher than the current debt limit, though Treasury officials told CBS News today that they can use some “extraordinary accounting tools” to give the government some wiggle room.

Republicans railed against the debt vote, saying federal spending is out of control. Bachmann called the debt limit extension “dastardly,” while many in the party (Bachmann included) referred to it as the “Son of Stimulus” bill (an apparent riff on the “Son of Sam” nickname given to 1970s serial killer David Berkowitz). 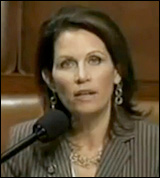 “I’m very, very worried about the debt we’re accumulating,” Bachmann said. “My constituents are saying we need to stop spending.”

GOP Rep. Erik Paulsen, in a blog entry on his website following the vote, said: “It’s the holiday season and families everywhere are making their budget and checking it twice. They’re making the tough, responsible choices during these difficult economic times. The federal government should be following suit and making some responsible fiscal decisions of their own.  Today’s vote represented just the opposite.”