THE ROAD TO HEALTH-CARE REFORM

This is the second in a series of occasional posts that will explore how Minnesota’s policy and programs stack up against federal health-care reform legislation and which proposals could have the biggest impact here.

Since 1976 Minnesota has offered a high-risk insurance pool for individuals who are denied health coverage because of pre-existing conditions or for a number of other reasons, including exhausting COBRA benefits between jobs.

The Minnesota Comprehensive Health Association, which has about 27,000 enrollees, is the largest of 35 state high-risk pools and is yet another example of how the state surpasses national health-reform efforts. MCHA and Connecticut’s pool are the oldest in the nation, according to the National Association of State Comprehensive Health Insurance Plans.

Will MCHA even be necessary if and when reform is implemented? It’s a hot topic in insurance and regulator circles.

“If, in fact, we end up in a world where there’s enforceable mandates and guaranteed issue, is there a need for a high-risk pool at that point,” said Manny Munson-Regala, the deputy commissioner who oversees market assurance at the Minnesota Department of Commerce. “Or, does the high-risk pool serve a transitional purpose?” 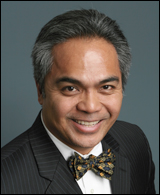 The many contingencies
MCHA President Lynn Gruber thinks there are a lot of “ifs” right now.

“If you look at the bills, I think they’re all consistent in saying that IF guaranteed issue is passed, if all people have to have health insurance and if no insurer can deny coverage … then the need for a high-risk pool like MCHA goes away,” she says.

It’s not clear if there will be an interim role for state pools before a national health insurance exchange is up and running by Jan. 1, 2014, and federal subsidies are available for low- to moderate-income people.

Both bills in Congress call for a temporary national high-risk pool to be established shortly after legislation is signed into law — by Jan. 1, 2010, in the House bill and 90 days after enactment in the Senate bill. The national pool, overseen by the U.S. Health and Human Services secretary, would provide coverage for individual Americans with pre-existing conditions and for those who have been uninsured for at least six months. Right now, state pools cover about 200,000 people nationwide. 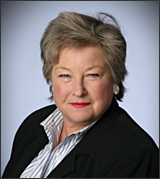 “The question is,” Gruber said, “how would the new plan dovetail with the existing pools? Obviously, we know what would happen in states that don’t have high-risk pools.”

For the 35 states with pools, there are furrowed brows for now. “We’re certainly concerned that our members have continuity of care and they don’t slide through the cracks,” she said.

Average age: 50
The average age of a MCHA member is 50, and 38 percent of members are in the 55-64 group — the biggest percentage of membership. In general, that age group has the toughest time finding affordable coverage in the pricey individual market. The next-biggest MCHA group — ages 45-54 — is 23 percent of the membership. Many have been rejected by conventional plans because of pre-existing conditions (MCHA list is here).

While a proposed expansion of federal Medicare benefits for ages 55-64 seemed to offer relief until it was rejected by Senate negotiators this week, questions arose on whether the Medicare buy-in premiums would be much more affordable than in high-risk pools and the individual market. One premium estimate was more than $700 per month per individual until subsidies became available in 2014.

Even so, MCHA policies aren’t cheap — especially for older people, according to a few MinnPost readers who commented on my Aug. 24 story, “Individual policies: the subbasement of health insurance.”

“… I have been insured by the Minnesota Comprehensive Healthcare Association whose premiums have been very high as well and have risen as rapidly as any other insurance company,” writes reader Greg Kapphahn. “Now, at 55 years old, I’ve just switched my deductible to $1,000 (having only once in ten years met the $500 deductible I previously had). This meant that instead of my premium going to $848.35/month, it dropped back to $630.77. But I’m in better shape than a secretary I know whose entire paycheck goes to pay for her MN Comprehensive premiums.”

On the other hand, 28-year-old real estate agent Aaron Dickinson is “very satisfied” with his MCHA coverage, which runs $237 a month and includes what he describes as a manageable deductible.

“MCHA is not going to be attractive to someone who’s 100 percent perfectly healthy with no pre-existing conditions, but if any pre-existing conditions come along, it’s much better than any other program you’re going to get — other than employer-sponsored insurance,” he told me last month during an interview for another story. “It’s more expensive than some policies, but it’s far cheaper than others” in the individual market.

Premium increases in double digits
MCHA’s annual premium increases, which track the individual market and have to be approved by the Commerce Department, have been in the double digits for the past two years: 11.6 percent this year and 13 percent in 2008. The biggest-annual increase of the decade was 15 percent in 2005, Gruber said. MCHA also is allowed to set rates at 125 percent of comparable products in the individual market.

Besides members’ premiums, MCHA is funded by a 2- to 3-percent assessment on insurers who sell health plans in the state. In 2008, the assessment brought in $136 million.

The U.S. Senate bill appropriates $5 billion for the temporary national pool, an amount Gruber and her peers don’t think will be enough to cover the costs. Still, a national pool could result in lower premiums for individuals, she said.

For one thing, the Senate bill would offer subsidies to enrollees, according to a Kaiser Family Foundation side-by-side comparison of legislation. For another, it requires premium rates to be set “even with the market” and no more than a 4-to-1 ratio for age, which would exceed Minnesota’s 3-to-1 rating band for age. (This means insurers can’t charge an older person more than four times the amount a younger person pays for health coverage.) The bill also sets maximum cost-sharing to the current federal Health Savings Account limit ($5,950 for an individual and $11,900 for a family in 2010).

The House bill, passed in November, says premiums can’t be set higher than 125 percent of the prevailing rate for comparable plans in a state, which is what Minnesota is allowed now. The House bill sets a 2-to-1 rating band for age and caps annual deductibles to $1,500 and maximum cost-sharing at $5,000 for an individual. MCHA offers high-deductible plans up to $10,000.

Concerns about costs
If high-risk pools like MCHA go away as proposed on Jan. 1, 2014, other issues surface, Gruber says. “Then the question is, what will the cost be of the new product that our members transition to? There’s some concern it might be higher. It’s not a given they’ll be paying lower premiums than today.” (This story on affordability looks at proposed subsidies, cost-sharing and rating bands proposed in the bills.)

So far, MCHA is not getting a lot of questions from enrollees about federal health-care reform, she said, adding that members with questions are encouraged to call customer service at 1-866-894-8053.

“We’re doing everything we can to make sure our members are protected, and we’re talking to our congressional delegation,” she said. “At this juncture, there are more questions than answers.”