Many of the districts are struggling to make up for massive shortfalls caused by the governor’s decision to “shift” large portions of last year’s education funding until this year.

The governor blamed a Minnesota law that says the state cannot seek short-term loans until it has delayed funding school districts that have cash reserves. In turn, public school officials blamed Pawlenty for failing to find other ways to balance the budget.

“Once again, Minneapolis Public Schools parents and other public school parents are going to be balancing the budget,” said Tom Madden, chair of the Minneapolis Board of Education. The news meant Madden and his colleagues suddenly find themselves facing a short-term deficit of nearly $49 million in coming months. The district’s current reserves are about $90 million.

Districts face short-term deficits
All told, the state will put off payments of $423.3 million [Excel spreadsheet] that are due in March and April until the end of May. Payments to St. Paul of nearly $29 million will be delayed, for example, while Rochester and South Washington County will have to make up about $16 million each.

The state’s largest district, Anoka-Hennepin, will not be subject to the delay because its per-pupil reserves are lower than the threshold set by the state, according to district Chief Financial Officer Michelle Vargas.

State officials plan to withhold a little more than half the amount the law empowers them to delay.

The $28 million shortfall Rosemount-Apple Valley-Eagan anticipates is on top of $30 million in aid from last year the district is still waiting for, said Jeff Solomon, director of Finance and Operations for District 196. As a result, in April the district will have to begin borrowing money to pay its bills.

“We’re going to be carrying the burden of the cost of short-term borrowing,” said Solomon.

“The state’s cash flow situation reflects lower than anticipated revenues due to the struggling economy,” Seagren’s statement said. “These payment delays are required by state law under these circumstances.  We have taken steps to mitigate school district budget difficulties by targeting this action to districts with solid reserve funds.”

Legislators Greiling and Bonoff leading repeal effort
State Rep. Mindy Greiling, DFL-Roseville, and Sen. Terri Bonoff, DFL-Minnetonka, said they will ask lawmakers to repeal the law that directed the governor to delay the payments when the Legislature convenes in coming weeks.

“He’s not saying he strongly supports [the law], so we’re saying let’s get rid of it,” she said. “If we don’t repeal this law, the governor could do this over and over.”

This week’s move is the first time the law, which was deemed controversial when it was passed in 1986, has been used. The governor has frequently used funding shifts — including $1.5 billion in school aid “unallotments” last July — to help meet budget shortfalls, Greiling noted.

“I wish the governor and his staff would stop combing for obscure statutes that have never been used and instead find a way to balance the budget and fund the education our students need,” she added. 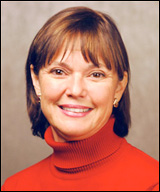 According to Minneapolis School Board member Carla Bates, districts are advised to carry cash reserves of 8 to 15 percent of their operating budgets so that schools don’t suffer unduly when unexpected bills or deficits occur. After several years of painful cost-cutting, Minneapolis stashed away 12 percent. If MPS had nothing, aid payments could not be delayed.

“Those of us who do a good job are put into a precarious position,” said Bates. “With dwindling enrollment and all of these issues one of the things we’ve had a hard time with is any kind of financial stability.”

Because districts that don’t have healthy reserve funds must pay more to borrow money, the delay will compound local budget woes, administrators said. “The repercussions just get bigger and bigger,” complained Madden. “It’s do as I say and not as I do.”

During the current budgeting cycle, Minneapolis was forced to use $6 million from its reserves to cover costs. And the $1.5 billion state budget deficit projected for 2010-11 is likely to mean more cost-cutting for schools, Bates noted.

“So we’ll have to use reserves again, except this time they might be depleted,” she said.