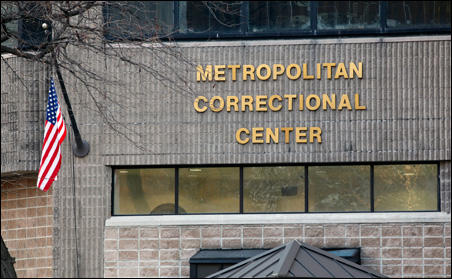 REUTERS/Chip East
Five men, including Kalid Sheik Mohammed, will be brought to the Metropolitan Correctional Center in New York from the U.S. military prison at Guantanamo Bay, Cuba, to face prosecution in federal court.

At the risk of ruffling the feathers of many of my conservative brothers and sisters, I suggest it’s time to call a halt to the stink being raised over the Obama administration’s decision to try Kalid Sheik Mohammed and other 9/11 defendants in federal criminal court, as opposed to military tribunals.

Where else do these miscreants belong but in criminal court, alongside murderers, drug lords, thugs, rapists, pedophiles and swindlers? To suggest they are “combatants,” that their self-styled roles as “soldiers of Allah” somehow imbues them with legitimacy and entitles them to be treated as equals in a military setting, is laughable.

Among conservatives I have spoken with in the months since Attorney General Eric Holder announced the decision to try KSM & Crew in Manhattan federal criminal court, the response has been uniformly furious. And for a long time I went along with it.

During MinnPost interviews, for example, both Katherine Kersten and Rep. Michele Bachmann, both of whom have my respect and both of whom are attorneys, flat out rejected the idea of trials in federal criminal court. 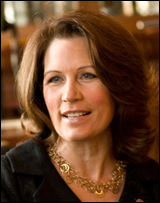 Bachmann spoke for many on the right when she argued on National Review Online that the defendants “will be swaddled in the protections of the Bill of Rights and given a soapbox from which to mock their victims and our country. And that will happen only after they are given a year or two to rifle through sensitive government files during the civilian discovery process. In fact, representatives of these ‘defendants’ have already announced that they now plan to plead not guilty so that they can exploit civilian legal procedures to put America on trial.”

It’s a compelling argument — as far as it goes.

Soapbox?
Yet the presumption that KSM will turn the trial into a soapbox for his beliefs is little more than conjecture. Likewise the suggestion that the defendants and their lawyers will have a field day rummaging through sensitive government files during the discovery process. Both arguments presume a presiding judge who is both weak and easily manipulated. Don’t bet on it.

Bachmann and others point to the unruly trial of the 1993 Trade Center bombers as evidence that this one will spiral out of control. In fact, the opposite seems to be true. The 2006 trial of 9/11 conspirator Zacarias Moussaoui in Alexandria, Va., federal court was, for its occasions of lowbrow theater, a model of how these things can be handled.

Look, the U.S. system of justice is fairly messy, as it is in most democracies. Yes, there’s always the chance that a terrorism defendant will pull some stunt, or that the defendants’ left-wing lawyers will attempt to subvert the process — one of these worthies, from the ’93 trial, disbarred radical lawyer Lynne Stewart, is now doing time in a federal prison. But that always has been the possibility in trials of this nature.

A case in point is the 1951 trial of atomic spies Julius and Ethel Rosenberg. Despite all the extraneous fireworks and international uproar that accompanied that case (and it was absolutely astonishing, far more egregious than anything we could expect now), the Rosenbergs went to the chair, as well they should. KSM & Crew are charged in the deaths of almost 3,000 innocents, but the Rosenbergs served a master responsible for the deaths of tens of millions of people. Justice was served then; there’s no reason to believe it won’t be served now.

I hold no brief for Holder, finding him an ideologue. His foolish decision to order the Mirandizing of the alleged Christmas Day bomber before a rigorous effort to secure actionable intelligence was mindboggling, a blunder made worse by the pusillanimous efforts to justify it. Former Attorney General Michael Mukasey disposed of that issue rather handily the other day in the Washington Post.

Moreover, Holder’s order to hold the KSM trial in Manhattan was a glaring example of the failure to think things through. Apparently, no one at Justice, or the White House, for that matter, foresaw the potential problems a trial of this magnitude could cause New York City.

I speak with some authority here. I was an editorial writer at the New York Daily News in the 1970s, when the paper’s home was at 42nd Street and Second Avenue (the wonderful building has since been sold and the paper moved across town to the West Side). With all the heads of state in town during General Assembly meetings and other major events at the United Nations, just a block away, it was absolute bedlam.

Motorcades, surging masses of demonstrators, mounted police, thousands of cops, tens of thousands of sightseers and kibbitzers — the entire Midtown area was a madhouse. The ripple effect of the gridlock essentially shut down most of the city.

No wonder Mayor Michael Bloomberg and a legion of New York civic leaders, not to mention a number of Democratic Party heavy hitters, like Sen. Chuck Schumer, insist that the trial be held someplace else.

Holder — and his boss — would be well advised to just say, hey, we made a mistake; we’re going to move the trial. A little humility will reap enormous political capital, and believe me, they need it.

Beyond that, hang tough on criminal court trials for KSM & Crew. Holder is forever bleating that the world needs to see what an exemplary system of justice we have. Yeah, sure. Frankly I could care less what the world thinks. It’s the American people who need to see that the system, at least in this case, works.