When last we saw our legislative heroes in action, it was late May and DFLers were jamming a revenue bill down the throats of Republicans who were screaming in protest as the clock struck midnight.

That revenue bill, to no one’s surprise, was quickly vetoed by Gov. Tim Pawlenty.

And that was that.

Now, they’re all back again. Again the DFLers are promising to move, with great speed, a $1 billion (gave or take a few bucks) bonding bill through the legislative chambers and have it on the desk of Gov. Tim Pawlenty in less than two weeks. Pawlenty, who has proposed a far more modest $685 million bonding bill, has threatened that he might just veto the whole legislative bonding package, if, in his eyes, it’s too big.

So does this mean we’re starting a new session in the same chaotic and angry place the last session ended?

Bonding bills tend to be more non-partisan than anything else that happens in the Legislature. 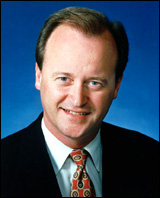 “There are some Republicans who will vote for a bonding bill if they get a park bench in their district,” said Sen. Warren Limmer, R-Maple Grove.

Besides, there’s not a pol in St. Paul that doesn’t want something positive to happen early in this session, particularly something that can be promoted as a jolt to the state economy.

“We’ve all been living in our districts,” said Limmer. “We’ve seen the hurt. It’s not the time to bicker.”

And though Limmer thinks that the “more austere” Pawlenty approach is the correct way to go, he understands the message that Rep. Alice Hausman, DFL-St. Paul, is pushing as she takes the lead on bonding.

“The one bright spot in a bad economy is that interest rates are low and bids are low,” Hausman says to anyone who will listen. “Right now the taxpayer dollar goes further than at any other time.”

Speculation on the bonding bill
So, there will be arguments. But, for the moment, this session seems to be opening with some sense of common good. The anger of a few months ago has at least dissipated.

“It [the anger] won’t resurface immediately,” said Limmer. “But I’m sure it’s in the back of all our minds.”

There was immediate speculation among the cynical — that’s a large crowd at the Capitol — that the DFL bonding bill is meant to act as a stick-in-the-governor’s eye. Or at least put the gov in a compromising mode.

For example, in his modest proposal, the governor is seeking $89 million for expansion of the Moose Lake “treatment” facility where an ever-expanding population of sexual predators are taken, and never released, after they’ve served their prison terms.

The DFL bill doesn’t have a nickel for Moose Lake.

What’s that about?
Hausman insists that the exclusion is about policy. Does it make sense at any level for Minnesota to simply keep adding to a treatment facility where no one ever is treated? 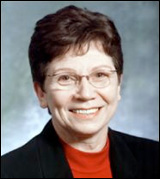 “I think both Democrats and Republicans are nervous about going that direction,” said Hausman of the Moose Lake expansion. “I think many, on both sides, believe we need to reflect on that as a policy issue. We need to take a deep breath.”

Hausman is a compelling spokeswoman for the House version of the bonding bill. But it’s Sen. Keith Langseth, DFL-Glyndon, who’s promising warp speed. The Senate, he said, “will pass” its bonding bill on Monday. It will take Hausman a week longer to jump the House hurdles.

Bonding bills, it should be noted, require 60 percent support in the Legislature, and require 67 percent to override a gubernatorial veto of either the entire package or individual items he may redline. Getting 60 percent presents no real problem for the DFL-controlled Legislature. On the other hand, two-thirds to override is a tall order, especially in the heavily partisan emotions that are lying just beneath the surface as this session begins.

It is, of course, always reasonable to cast everything in a partisan light at the state Capitol.

DFLers are arguing that the bonding bill is a job creator in a state that desperately needs to create jobs. That’s why they want this bonding bill to race through the Legislature. They want shovels in the ground by this spring’s construction season.

But Pawlenty argues that job creation is over-stated. He claims that bonding costs $100,000 per job. These are austere times, meaning the government needs to be under control.

Pawlenty, of course, can be compelling.

But Hausman is equally strong in presenting the DFL argument.

The $100,000 per job figure that Pawlenty always uses, Hausman said, does not represent the cost of materials needed to do the projects the bonding bill creates. Nor, she said, does it show the ripple effect of bonding money.

Construction means that not only are laborers laboring, but that architects and engineers are also working, she said.

As she spoke, Senate Majority Leader Larry Pogemiller nodded his head in agreement.

Another point of disagreement between the governor and the DFLers is over the scope of projects. In presenting his bonding proposal, Pawlenty said he wanted the focus on projects of statewide, not local, impact.

Hausman argues that many seemingly local projects have statewide impact.

She cited the $2 million dollar hangar project at the Thief River Falls airport. That may look local on the surface, but. . . . She pointed out that Thief River Falls is home to DigiKey Corp., a company that employs 2,000 people, and distribute electronic components across the country.

Speed is essential to its success, she said. With no hangar, she said, the company has to wait for planes to be defrosted before they can take off with their payloads. Even the brooms used to clear runways must be unthawed before they can be used.

“These problems go away with a hangar,” she said, adding that elimination of those problems would allow a thriving business to expand.

Hausman asked reporters “to tell the state what matters.” She said she’ll also be asking a cross-section of Minnesotans, representing chambers of commerce to laborers, to pressure the governor to sign the bonding bill.

“I believe in what I’m saying,” she said. “Every line [of the bonding bill] is so real to me.”

‘A terrible mistake’
What if the governor follows through on his threat and vetoes the entire package?

“That thought is on the verge of terrifying to me,” she said. “To blow this opportunity would be a terrible mistake.”

But this is St. Paul where sincerity is always questioned — by people on both sides of the aisle.

Will Pawlenty listen — and be swayed, at least partially by Hausman? Can DFLers actually work with the governor? Can anything move quickly?

Rep. Paul Kohls, R-Victoria, says he has no doubt that the DFL will quickly pass the bonding bill. But the size of the package and the speed at which it’s coming troubles him.

“I don’t want to sound partisan already,” Kohls said. “The fact is, they have the speaker’s gavel, they have the majority, they have the committee chairs. It looks to me as if this [bonding bill] has already been pre-conferenced before we even begin. That doesn’t make me happy.”