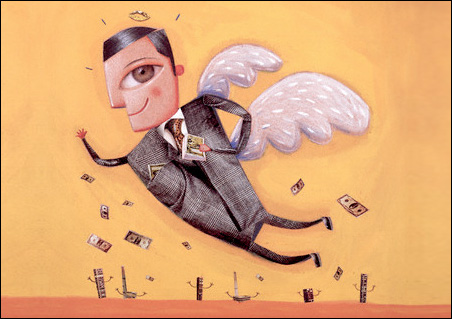 The news on the philanthropic foundation front in Minnesota isn’t rosy, but it’s not as pessimistic as last year. And that’s a relief for the state’s many nonprofits, which rely on those foundations for much of the funding in their grass-roots efforts to help those in need.

Still, state budget woes are expected to hit hard on the state’s neediest residents — those whom the nonprofit world spends much of its time and money — and there’s no way the philanthropic community can make up the difference.

That was part of the message that 200 people from the local foundation and nonprofit world heard recently at Neighborhood House in St. Paul at what amounted to a State of the Foundations report, sponsored by the Minnesota Council on Foundations (MCF).

Bill King, president of MCF, noted that a survey of 125 grant makers in the state showed an overall expected decrease in giving of 1 percent for 2010. But that’s better than the 4 percent they predicted last year.

So overall, those reporting foundations — which make up about 70 percent of the foundation giving in the state — are more upbeat than last year.

While nonprofits tailor much of their fundraising efforts to the foundations — in the private, corporate or community/public categories — individual giving is a key ingredient in the mix, King noted. Job losses and stock-market anxiety have made it harder for many individuals to donate to their favorite causes, officials say, although Minnesotans donated more than $1 million through the online GiveMN website in December.

Education tops the list in Minnesota
The MCF 2007 analysis shows that education, at 27 percent, was the state’s top category for grant-making, with human services a close second at 24 percent. Year after year those categories are tops in Minnesota, although human services took the top spot in 2005 — the year of Katrina.

Arts funding — at 13 percent of the total — had traditionally received a higher percentage of foundation funding in Minnesota than in the nation as a whole, but in recent years the arts here have dropped to the national level. No one is sure why.

Recovery will help
With an anticipated economic recovery in the works, many foundations feel their assets will grow this year, which should help stabilize their giving programs. The MCF survey found 58 percent expect their assets will increase, 27 expect them to stay about the same and only 8 percent predict a decrease.

But no amount of stock-market gains — even though that would lead to a healthy increase for foundation endowments — will ever enable foundations and nonprofits to pick up pieces of government’s cuts, King said. Do the math: Minnesota faces a projected $1.2 billion deficit between now and June 2011 and a $5.2 billion projected deficit in 2012-13.

Because much state funding goes to health and human services, and education, big budget cuts will mean trouble for those the nonprofit world tries to help.

And total foundation funding in the state was $1.3 billion in 2007, the last year for which numbers are available.

King said he regularly talks with lawmakers and tells them: Foundations can be players, but can’t be the solution.

Foundations stress collaboration
Four foundation leaders addressed the MCF conference, stressing that while improving economic conditions will help, all parties involved — foundations and nonprofits — must use the recent weakness to make themselves stronger.

While recent years have been hard, and the ongoing state budget problems create great problems, groups must “move their pieces forward, to be in position for the better years beyond,” said Kate Wolford, president of the McKnight Foundation. More than ever, she said, collaboration is needed between nonprofits and the public and private worlds. Specific programs like home and building weatherization — which promotes jobs and energy savings — and the pending Central Corridor light rail line are examples of success when the various entities work together, she said.

And she hopes some of the stimulus money coming into the state can be used to develop systems that will prosper beyond the short term.

David Etzwiler, executive director of the Medtronic Foundation, said that while conditions look better now than a year ago, there’s still a lot of anxiety out there and we can’t forget those who remain unemployed, or ignore the government budget problems.

Trista Harris, executive director of the Headwaters Foundation for Justice, reminded those in the nonprofit world that innovation is essential in trying times, and that taking risks on some projects can bring great dividends.

Kevin Walker, president of the Northwest Area Foundation, said that America has rebounded from earlier setbacks, noting that his organization was founded in 1934, during the Great Depression and the rise of Fascism in Europe.

“The outlook will get brighter as we dig out of this trough,” he said. “Hopelessness will never become an American trait.”

Joe Kimball writes about politics, St. Paul and other topics. This story was written as part of a partnership with the online nonprofit donations site GiveMN.org, for which MinnPost provides monthly articles on various aspects of philanthropy in Minnesota.