I never met Saadia Gelb — who was raised in Minneapolis and became an early leader in the newly founded state of Israel — but we corresponded and emailed, and he called me occasionally on a scratchy phone line from his kibbutz in Upper Galilee.

We conducted this long-distance relationship as I helped him write his memoir, “The Chase Is the Game: The Journeys of an American-Israeli Pioneer,” published in 2001 by Jewish Contemporary Classics.

St. Paul developer Howard Gelb, recruited me for the project, saying his brother had led an amazing life but was having trouble putting it into readable form. Over many months, I learned his fascinating story as we put his thoughts into words.

Saadia Gelb died last month in Israel. He was 96 and had suffered from several ailments, including heart trouble, said his brother.

Saadia Gelb was born in Poland, but the extreme poverty in the region after World War I led his family to immigrate to America when he was 12; they arrived in Minneapolis in 1926.

“He didn’t speak any English when he arrived, but by age 17 he’d graduated from North High, fifth in his class, and was on the debate team,” Howard Gelb said. 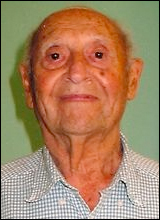 He studied humanities at the University of Minnesota, and began organizing Jewish youth groups. He was a social worker in New York and Chicago in the 1930s, as Jewish leaders around the world began planning the establishment of Israel. All the while, he and his wife, Helen, knew they would eventually live there, too.

In 1947, Gelb smuggled himself, his wife and three small children into Palestine, because the British authorities were strictly limiting entry permits at the time. After several failed applications, he bought round-trip tickets on a cruise ship, and when the ship docked in Haifa, they slipped off and never returned.

Settling in the Kfar Blum kibbutz wasn’t easy at first, he wrote in his memoir:

“After three months of kibbutz living, Helen and I had a serious discussion. Had we made a mistake? Could we survive this type of life? Had my friends been right when they said I was a bureaucrat and not fit for manual labor? … But how could we leave? We were penniless and I wouldn’t ask our families for financial help. And what of my moral responsibility to the hundreds of youngsters whom I had instructed in the joys of life in a Jewish state? We were in a quandary. In the end, we decided to stick it out for a year and then re-evaluate the situation.”

He spent the rest of his life there, working for the national government and in various jobs on the kibbutz, including truck driver, fisherman, youth leader and hotel manager, before retirement.

“I accept the standard answer to our Zionist claim to Israel-Palestine: it is our origin, our history and the only potential for group survival and development in the contemporary world. Most of all, we are candidates for annihilation. The Arabs are not.”

Howard Gelb summed up his brother’s life: “He was an upbeat person, a practical person, and contributed a tremendous amount to the establishment and basic foundation of the state of Israel. He was one of the pioneers.”