The brand-new Bipartisan Redesign Caucus introduced itself to the Minnesota public at a news conference this noon.

There was only one small problem. Republicans on this legislative committee didn’t show up because they were attending a highly partisan caucus meeting.

So what was left were a bunch of DFLers speaking to the wonders of a bipartisan spirit.

Understand, these redesigners want to fix the rest of state government. There’s nothing in their mission, however, about fixing what may be the most dysfunctional institution in state government, which is the state Legislature.

Rep. Paul Marquart, DFL-Dilworth, admits that “we need to remove a few barnacles from the ship,” by which he means the Legislature.

Nonetheless, Marquart is enthusiastic about the importance of redesigning government for future generations.

Group not meant to tackle deficit
Fixing the current problems — the $1.2 billion dollar deficit and the $5.4 billion deficit in the next biennium — is not the goal of this redesign effort, according to Marquart. But, he warned, that those problems are going to be with us into the future if fundamental changes in government aren’t made. 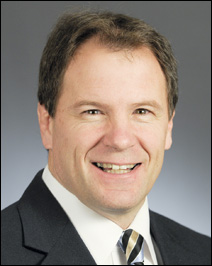 Reporters at the news conference were immediately skeptical of the big picture Marquart and a handful of other DFLers were trying to paint.

Their questions were pointed: How much savings now? How will you get large state employee unions to accept the idea of layoffs? How will you measure performance? Haven’t we heard all of this before?

Marquart admitted that the concepts of redesign are not novel. He held up a stack of reports, dating back more than a decade. The reports were all efforts at making government more efficient — about doing more than less. They were dusty and mostly untouched.

But these old plans, he said, were victims of “SPLOTS” — Strategic Plans Landing on the Shelf.

“Now is the time,” Marquart said. “I’m confident if we mix ideas with leadership, we’ll have a formula for success.”

“If you start focusing on results, it takes away the partisan edge,” Marquart said. “We need to change the direction of the debate.”

Before dealing with the real problems of getting a hyper-partisan body to agree on anything, here’s a quick shot at explaining what redesign means, at least in the view of Ted Kolderie, a founder of Education/Evolving and one of the many good-government types on hand to support the redesign concept.

Kolderie uses a graphic to get across his point: You’ve got a big box. Taxpayer money is poured into the box and the results come out the other end.

Kolderie says that the legislative process deals with the taxpayer money and with the results that come out of the spigot but never works on where everything is done, which is inside the box.

“The real progress comes from changing the mechanism inside the box that turns resources into results,” he said.

Take a big issue, such as health care, Kolderie said. The culture needs to spend far more time on prevention that trying to deal with the high costs of maintaining hospitals and curing those who are sick. In the long run, prevention both costs less and leads to a better result.

Kolderie believes you can apply the same sort of “change the box” thinking across the board.

But let’s deal with reality. Can the Legislature deal with anything except heavy-duty partisanship?

“Politics is no different from what it’s always been,” Kolderie said. But, he was quick to add, that a few decades ago, politicians were more willing to listen and accept neutral analysis of civic problems and then seek to find a solution.

Turn to today in the state Legislature. As this session begins, members of both parties will try to argue that the focus is on “jobs, jobs, jobs.”

It’s a nice sound bite, but gotcha games are so much easier.

Rep. Dean Urdahl, R-Grove City, is one of the Republicans on the Bipartisan Caucus. Like Marquard, he’s a thoughtful, well-intended person.

He missed the unveiling of the Bipartisan Caucus to attend the Republican House caucus meeting, where Urdahl said members talked about their plan to reduce and possibly eliminate, in increments, the state corporate income tax.

Corporate-tax move shot down
Interestingly, many DFLers agree that the corporate income tax must be reduced in the name of job creation. But, when Republicans attempted to introduce their plan on the House floor early this afternoon, the DFL majority voted it down. 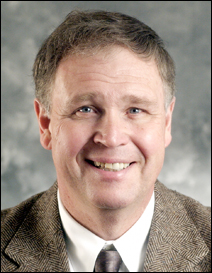 “The plan itself wasn’t voted down,” said Urdahl, “but our desire to bring it up now was voted down.”

Presumably, Republicans knew that would happen. “See,” they can say, “we try to do things but they won’t listen?”

DFLers will try to explain why now wasn’t the right time to start the discussion.

Both sides will point fingers at each other.

End result: Nothing. That raises the question: This is the body that is going to reform the rest of government?

Rep. Ryan Winkler, DFL-Golden Valley, was among the DFLers at the caucus unveiling. It was suggested to him that maybe the Legislature should work on reforming itself, by doing such things as outlawing caucus meetings during session and electing committee chairs by secret ballot.

On the surface, such moves would give legislators more freedom to move away from partisan group-think.

Winkler didn’t think much of the ideas, laughing out loud at the idea of moving away from the party caucus sessions where legislators plot their political strategies.

“It’s how we work,” said Winkler of those caucus meetings. “It’s the way we get something done.”

The whole legislative process, he said, merely reflects “the clash of ideas”in Minnesota, he said. Party caucuses help bring order to those clashes.

But all the partisanship and rancor it creates make taking on big tasks, like redesign, extremely difficult.

Deep down, Winkler wonders if the Legislature can deal with something so big as redesign.

“The Legislature may not be well suited for doing this,” he said. “I think of this as an executive function. It takes a governor, who is willing to offend his base, to create something like this.”