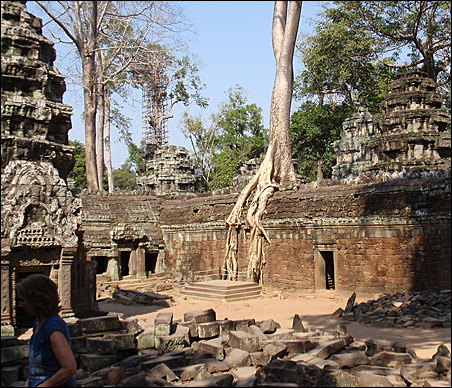 SIEM REAP, CAMBODIA — “Welcome to the Angelina Jolie temple,” our guide said as we climbed stone steps toward Ta Prohm, one of the most beautifully eerie sites in Cambodia’s ancient Angkor ruins.

I felt a stab of sadness. Not because the jungle was winning its battle with the 800-year-old temple. Yes, the massive roots of strangler-fig and silk-cotton trees were spectacularly crushing the temple’s intricately carved corridors and pillars.

What saddened me was his eagerness to define this amazing icon of his once-great country by deferring to American pop culture. To be sure, he could have done worse than to associate Ta Prohm with the actress-humanitarian who visited here to shoot the 2001 adventure film “Lara Croft: Tomb Raider.”

But this ancient wreck of a temple was the work of the mighty Khmer empire that once controlled vast reaches of Southeast Asia. It deserved respect in its own right.

Here and everywhere else in Cambodia, I couldn’t stop thinking about how and why great civilizations have failed. The questions had puzzled me before I left Minnesota in February. And they’ve hounded me since my return.

Was Jared Diamond correct when he said in his book “Collapse” that societies fail because they inadvertently choose to do so?

Losing its mojo?
One reason the question nags is that so many Americans have lost confidence in their own prominence and prosperity. We’re surrounded these days by headlines like the one in Newsweek a few months ago: “Is America losing its mojo?”

We still pile up the Nobel prizes (won mostly by American scientists in their 70s, Newsweek noted).

Look deeper, though, and it’s clear that America “is like a star that still looks bright in the farthest reaches of the universe but has burned out at the core,” Newsweek said.

One of many points it offered in support of that statement came from a study [PDF] last year by the Information Technology and Innovation Foundation in Washington. It analyzed 40 countries on various measures of what they were doing to make themselves more innovative in the future. The United States came in dead last.

Of course, doomsday predictions are nothing new in this country. Give me any national crisis, and I think I could find a related political cartoon featuring a variation on the theme “The end is near.”

But polls find an epidemic of pessimism in the country today. “The ‘American Century’ was sooo last century, as many Americans see it,” ABC news said about a poll it conducted with the Washington Post last month. About half of those polled expect the United States to play a diminished role in world affairs and the global economy.

Those findings are consistent with other recent polls in which as many as two-thirds of Americans have said they do not believe our future will be as good as our past.

Lifespan of a great state
At Ta Prohm, I was torn. Much as I hated to see the destruction, I couldn’t help admire those tenacious trees that were snaking their roots around the hand-carved walls and columns of the Buddhist temple.

Maybe there are natural limits to the greatness of a state — sort of like the limits on a human lifespan. Live right, and you can live a bit longer. But just as death is inevitable, so has been the history of great nations eventually slipping from the pinnacle of power.

There are different ways to fall from power, though. As Diamond put it in his best-selling book, a few empires have collapsed catastrophically, and the monumental ruins they left behind “hold a romantic fascination for all of us.” 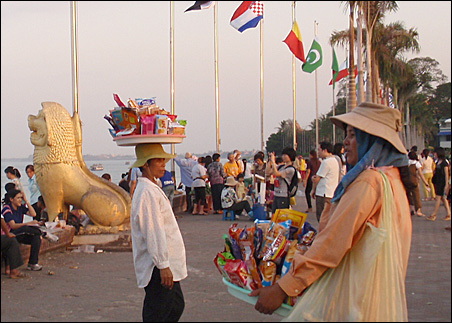 Others have managed to decline with minimal damage, even with grace. Former British Prime Minister Harold Macmillan famously marked the end of his country’s dominance over Africa with his eloquent “Wind of Change” speech before the South African parliament in 1960.

“The wind of change is blowing through this continent, and whether we like it or not, this growth of national consciousness is a political fact. We must all accept it as a fact, and our national policies must take account of it,” he said.

Britain may have fallen from world dominance, but life in what’s left of the U.K squares with my standards for quality.

Some historians blame an excess of self-indulgence. (Ring any alarms for modern-day America?) This temple and its magnificent neighbors — especially the granddaddy of them all, Angkor Wat — demanded an unbelievable investment of labor and resources. Impressive as they are as public works, some of that human power could have gone into farming and defending the land.

The ravages of war
Another cause was the ravages of war. After repeated battles with the Siamese, the Cham (now a fallen people in their own right) and the Vietnamese, almost all of the great temple communities in this part of Cambodia were abandoned by the 15th century.

By the 19th century, the country was on the verge of dissolution, and it fell under French control.

The 20th century brought independence, but neither peace nor prosperity. In the 1960s, supposedly neutral Cambodia allowed the North Vietnamese to use parts of the country for the resupply and training it needed to support its operations in the war next door. And the United States bombed Cambodia, killing thousands of people.

Finally, the unstable country fell under the control of the brutal Khmer Rouge regime headed by Pol Pot. One in every five Cambodians — some 1.7 million people — died during the 1970s. The educated were murdered, the cities were emptied and the people were forced into a living a tragic delusion of idealized peasantry. Starvation and disease reigned.

Cambodia has made remarkable strides toward recovery in the past decade.

It takes time, though, and immense effort to rebuild a shattered society. Someone born in Cambodia can expect to live about 60 years, compared with nearly 80 years in the United States. One in four Cambodians is illiterate. And a baby born here is nearly as likely to die before its first birthday as one born in Haiti. 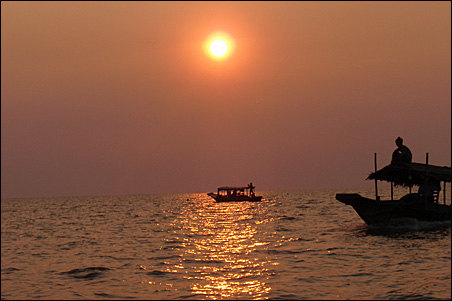 You still see too many gaunt people sleeping on sidewalks in Phnom Penh, the capital. Too many toddlers are begging — some under the direction of adults who drape the tots in snakes to attract the attention and dollars of tourists. Too many treasures in this temple and others nearby have been plundered for sums that couldn’t be anything but paltry considering their priceless historic and architectural value.

Such is the state of a country which once was so advanced that the French naturalist Henry Mouhot declared [PDF] its buildings to be “grander than anything left to us by Greece or Rome.”

In grave danger
I still was haunted when I got home from Cambodia by the contrast between the great Khmer empire and the sorry state of the country today.

Thinking about the broader implications, I pulled from my shelf a slender book by David Boren. A Democrat, he was a U.S. senator, governor of Oklahoma and president of the University of Oklahoma.

“The country we love is in trouble,” Boren begins his 2008 book, “A Letter to America.”

“In truth, we are in grave danger of declining as a nation,” he said.

Boren doesn’t pull his punches. Among other points, he said:

• Our political system is broken. Bipartisanship, with the parties working together to solve urgent problems, is viewed with nostalgic romanticism.

• Grassroots democracy is being destroyed by a flood of special interest money being poured into politics.

• Shockingly, we as citizens are becoming incapable of protecting our rights and democratic institutions, because we do not even know our own history.

• The greatest risk to our economy is posed by continued budget deficits.

• The middle class in our country is shrinking, with many falling into the category of poor or nearly poor. … Continuing to pursue an economic policy driven by greed will destroy us socially.

Did any wise man ever give such pointed warnings to the people of ancient Angkor? Did they, maybe, ignore the wisdom to their great peril? Did they laugh when some bearded sage said, “The end is near?”

A strategy for the future
Still, Boren reassured me somehow — partly because he offers a bold strategy for pulling the nation back on a sound footing. Here’s a sampling of his suggestions:

• Amend the Constitution to restrict campaign contributions to those who are eligible to vote in a given candidate’s election. Congress never will do it. Either will the courts (And Boren wrote this before the U.S. Supreme Court recently cut restraints from corporate contributions.)

• Get a grip on entitlement spending by raising the retirement age for full Social Security benefits and also raising the taxes well-off recipients pay on their benefits. Use means testing to end Medicare for millionaires and raise premiums for other high-income earners so that they aren’t subsidized by struggling young workers.

• Launch a nationwide American history crusade and require all college and university students to study government and our nation’s history before they graduate.

Because of tough-minded Americans like Boren — people with the guts to say everyone has to contribute and sacrifice for our collective future — you won’t see me wearing an “End is near” T-shirt anytime soon.

Maybe giant trees will take back Capitol Hill one day. But I don’t believe we are even close to being finished at this point.