A new and largely unknown charitable entity, the Margaret A. Cargill Foundation, has sailed into the top spot as the state’s largest philanthropic foundation.

In its most recent annual report, filed late last year with the Internal Revenue Service, the foundation reported assets of $2.12 billion as of Dec. 31, 2008.

That makes it the 22nd largest foundation in the nation by assets, according to the latest ranking by the Foundation Center. The McKnight Foundation, which had been Minnesota’s largest, ranks 32nd with assets of $1.58 billion.

The new foundation was established at the request of the late Margaret A. Cargill, who died at age 85 on Aug. 1, 2006, at her home near San Diego. In 1865, her grandfather, William Cargill, founded the company that has become the present-day Cargill. She was one of Cargill’s largest stockholders.

She insisted that all of her gifts be anonymous during her lifetime. Hence, the foundation’s site dubs her “the silent philanthropist,” but she agreed that her gifts could be made public once she died. 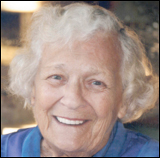 Bill King, president of the Minnesota Council on Foundations, said it’s unprecedented for a Minnesota foundation to report such sizable assets so soon after its establishment.

King added that the foundation’s size surprised him. “We’re thrilled,” he said.

Still ramping up
The foundation is still getting organized. Spokesperson Sallie Gaines, who is a senior vice president at the Hill and Knowlton public relations firm in Chicago, said Margaret Cargill’s estate has not been settled yet.

Gaines said that at the time of Cargill’s death, attorneys for the estate said it could take up to five years for her estate to be closed. When that happens, foundation officials are expected to arrive at a more definitive number for the assets. Most of the foundation’s assets remain in the estate for now and overall, their value is about the same now as it was at the end of 2008, Gaines said.

Asked if the assets could rise after the estate work is completed, Gaines said she didn’t know.

Since at least mid-2009, the foundation has posted a flurry of job openings on the foundation council’s site. The latest of these postings, last Tuesday for an environmental program officer, described the foundation as an “exciting, fast-growing organization that will be relocating to Eden Prairie in the fall of 2010 to accommodate its growth.”

Last year, the foundation purchased a building in Eden Prairie that it plans to remodel to serve as its headquarters. Currently, the foundation has 17 employees and is located in Wayzata. Eventually, it will add “significantly more” employees, Gaines said.

The foundation’s 2008 annual report lists Christine Morse as its CEO and Paul Busch as its chief operating officer, and both as trustees. Morse is a certified financial planner who worked earlier for Waycrosse Inc., which manages assets for many Cargill shareholders. Gaines said Margaret Cargill asked Morse to start the foundation.

Hundreds of small grants last year
The foundation gave only a handful of small grants in 2007 and 2008, according to its annual reports for those years. But last year, Gaines said, it distributed $10 million in grants to roughly 700 organizations across the country. Some of these are multi-year grants, she said.

Its grant-making activity is expected to grow considerably once the estate gets settled.

During her lifetime, Margaret Cargill gave away more than $200 million, with much of it starting in the 1990s, according to the Washington Post’s obituary. Episcopal Church causes, the arts, disaster relief and animal rights were her main philanthropic interests.

But she wanted the foundation to reach out more broadly. Gaines said the grants will focus on the arts and culture, especially American Indian art and culture; education, including teacher training; the environment; disaster relief; services to the elderly; and services to families and children.

“She did not live a lavish lifestyle,” Gaines told the San Diego Union-Tribune at the time of Cargill’s death. “She was very vivacious and outgoing among her friends. But one of the things she liked about California was that people didn’t immediately recognize the Cargill name.”

Gaines stressed that while Cargill stock was significant to Margaret Cargill’s personal wealth, the new foundation is independent of the company and its foundation. “Nobody from the company is involved in any way with this foundation, and vice versa,” she said.

It’s too early to say where the new foundation will rank in terms of grants once its donor’s estate gets settled and its staff gets fully scaled up. The Target Foundation and Target itself topped the foundation council’s most recent list of Minnesota foundation grant-makers with combined gifts of $138.2 million, yet the Target Foundation reported assets of only $10.8 million.

Corporate givers and their foundations receive fresh funds annually from corporate profits, then that money flows out fairly quickly via grants. In contrast, family foundations such as McKnight and now Margaret A. Cargill typically get their base assets from estates and then invest this money to yield income that gets paid out in grants over many years.

More of such philanthropy ahead?
The fact that Margaret Cargill has emerged as such a large donor is certain to spur speculation about whether more large philanthropic commitments will emerge in the years to come from substantial estates amassed thanks to the immense wealth generated by Cargill. Minnetonka-based Cargill is the world’s largest privately held company. Most of its stock remains in the hands of Cargill and MacMillan family members.

Philanthropy watchers in the Twin Cities also expect other large estates to surface in coming years. Because of Minnesota’s “culture of giving,” much of the money in these estates will find its way into new philanthropy, they predict.

She was born in Los Angeles but spent many of her early years in the Midwest. She attended Kemper Hall, an Episcopal school for women in Kenosha, Wis., and Stephens College in Missouri. She graduated from the University of Minnesota in 1954 with a degree in art education.

Her father, Austen S. Cargill, and her brother, James R. Cargill, were both senior executives at Cargill.

She has been a major donor to the American Red Cross; St. Paul’s Cathedral, which serves as the Episcopal Cathedral for the Diocese of San Diego; the San Diego Humane Society; and the Smithsonian Institution’s National Museum of the American Indian in Washington, D.C.

In the Twin Cities, she has been a leading benefactor of the American Swedish Institute in Minneapolis.

Her biography, on the foundation’s site, says she spent much of her time as a young woman traveling the country, often in a convertible. “Her mother once joked, ‘If it has an engine and wheels, Margaret is on it.’ “

Dave Beal writes about business and the economy. He can be reached at davebiz (at) q (dot) com.