This weekend’s DFL Party state convention is sporting a new look that could be a game-changer in the battle for endorsement for governor.

The new factor is reNew Minnesota, an umbrella group of progressive organizations that has endorsed three candidates but promises to coalesce around one of them at some strategic point in Saturday’s balloting.

“We’ve been at this for a year and a half,” said Dan McGrath, executive director of TakeAction Minnesota, the leading organization behind reNew. “The way politics has been done in the past, is people walk into the convention as lone rangers. Candidates make their case and people vote. We’ve inverted that. We’ve said, ‘Here’s what we want, let’s hear what you have to say about it.’ ”

Key question: Will delegates stay disciplined?
Discipline is the key to any political movement, and McGrath is convinced that the reNew delegates will follow through on their pledge to swing their vote to a single candidate when the group decides it’s time to show its muscle. 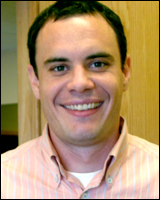 Say that after the fifth ballot, the group decides as a whole it’s time to settle on one of their three choices. Those reNew delegates who have been supporting Candidate Y suddenly will swing their vote to the group vote, in support of Candidate X.

Former DFL Party Chairman Rick Stafford, a super-delegate who has been attending conventions for decades, is eager to see if reNew can really pull it off.

“I think it’s going to be damned tough for a [reNew] delegate who might have strong feelings for a certain candidate to suddenly switch,” Stafford said. “They’re going to be saying, ‘My candidate still has a chance. I can’t switch now.’ ”

But McGrath says the reNew delegates do understand “that the movement we’re building is bigger than any one candidate.”

At some point in the balloting, reNew floor managers will call for a caucus, and the decision will be made.

“People understand that reNew is more important than one candidate,” he said. “They will stick with the process because they know we are more powerful sticking together than we are going our separate ways.”

A game-changer?
Assuming there are no surprises and that this is a long, multi-ballot convention, the reNew block could be the game-changer.

Think about it. Assume that each of the three reNew endorsees receives roughly a third of the 100 reNew support in the early ballots. But suddenly, reNew makes its shift to one candidate, who suddenly will be the recipient of roughly 66 new votes.

That will be a breathtaking moment at the convention — if it happens.

Because this has been a race of co-leaders, there’s been considerable speculation that the endorsement ultimately could fall to whoever is third after the early ballots. Becoming the “consensus candidate” has been the strategy of Thissen, as well as Rep. Tom Rukavina and Sen. John Marty, for some time for one good reason: It’s their only hope of endorsement.

It does seem possible that a third-placer, most likely Thissen, could emerge because it’s hard to imagine Rybak supporters switching to Kelliher and impossible to believe that Kelliher’s most ardent supporters ever could switch to Rybak. (The antipathy of the Kelliher campaign toward Rybak and his campaign is not even beneath the surface.)

“I really think we’re in a good spot,” said Thissen’s campaign manager, Gia Vitali. “There’s anxiety. There’s a ton to do. But you can win being the underdog. We’ve already proven you can do that.”

Her point is that Thissen, one of the least-known candidates in the field when this long process began, has been on the upswing for months.

Vitali believes that early in the balloting, it will become evident if the “third place” strategy has a chance.

“There are high expectations on that first ballot,” she said. “We think the mayor and the speaker need to be over halfway to 60 percent on the first ballot to continue their momentum.”

If at that point one or both is not, the theory goes, it will be perceived as weakness by the convention and the search for that other candidate will begin in earnest. 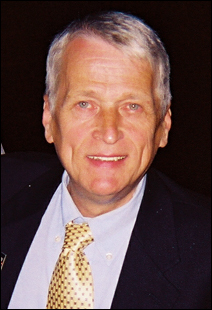 The theory seems sound. But Stafford, the convention veteran, doesn’t buy it.

“The history shows it just doesn’t happen,” Stafford said. “Every convention there’s talk about it, but you don’t see it. The thing to watch for in the early ballots is spread [between the candidates]. If one [top] candidate has spread, it’s a very strong position to be in.”

Who wins in Kelliher-Rybak showdown?
Go with that, then. If it comes down to Kelliher and Rybak, who wins?

Kelliher has the advantage of having more super-delegate support than anyone in the field and those players can influence individual delegates. If an elected official, a state legislator, for example, sits down, face to face with a delegate who’s on the fence, the impact can be considerable.

Kelliher also has done a good job of selling her rural roots, meaning she could end up scoring well among Greater Minnesota delegates.

But Kelliher’s big problem is that in the final days before the convention, she hasn’t been able to seal the deal.

Many at the Capitol believe Kelliher has done a good job as House speaker, despite being in a very difficult spot. Not only has she had to deal with an uncompromising governor but she also has had to work with Senate Majority Leader Larry Pogemiller, which is not an easy task.

Around the state then, there are still many DFLers who believe that the DFL-controlled Legislature has failed in its showdowns with Gov. Tim Pawlenty and, rightly or wrongly, those failings are laid at Kelliher’s feet.

In conversations with many party activists, it’s also clear that there is an “anti-incumbency” feeling among many DFLers, that the party would be better off going into the primary and the general election with a fresh face.

Despite now serving his third term as mayor of Minneapolis and despite surprisingly high recognition around the state, that “fresh-face” factor bodes well for Rybak who is not tied to the Capitol’s hard-fought budget battles of recent years. Additionally, Rybak plays well with suburban delegates, who play a bigger role than ever at the convention.

Still, the question is if Rybak can win enough of the institutional support — the support of super-delegates and old labor leaders — to reach the 60 percent needed for endorsement.

But almost certainly somebody, probably late Saturday night, will hit that magic number, because delegates are arriving in Duluth with one mission: to endorse.