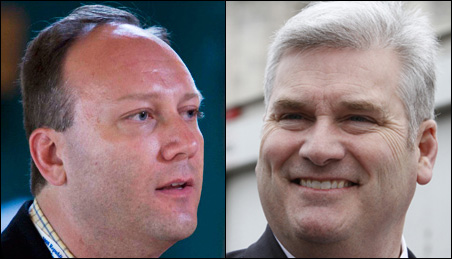 With the latest Minnesota political dustup, don’t you find yourself humming “When will they ever learn?” — that familiar line from the 1960s folk song “Where Have All the Flowers Gone”?

On Wednesday, the campaign of Republican gubernatorial candidate Rep. Marty Seifert released a letter to “fellow Republican delegates.” The letter, written by a Seifert supporter, brought up two drunken-driving charges against Rep. Tom Emmer from nearly 20 and 30 years ago.

Seifert and Emmer, of course, are locked in a tight race for party endorsement, which will be determined at the party’s convention next weekend in Minneapolis.

The big question the letter raised is: Who will it hurt more, Seifert or Emmer?

Not surprisingly, the Emmer campaign was quick to say that their man has never ducked the issue and has spoken with any delegate who has asked about it. Beyond that, the Emmer campaign denounced the Seifert move as smear tactics. Seifert countered that Emmer’s driving record and his legislative stance on DWI laws are “fair game.”

But as a political tactic, more than a few Minnesotans likely were reminded of how often last-minute efforts raising questions about an opponent can backfire.

The Boschwitz blunder
The No. 1 example of blowing up your own political career came in 1990, when incumbent U.S. Sen. Rudy Boschwitz sent a letter to “friends in the Jewish Community” just days before voters were going to the polls to decide between him and underdog Paul Wellstone.

In his letter, Boschwitz wrote that Wellstone, who was Jewish, had “no connection whatsoever with the Jewish community.” It was mentioned that Wellstone was married to a Christian, while Boschwitz was known as “the rabbi of the Senate.”

The anger — for Boschwitz, not Wellstone — was nearly universal.

Jeff Blodgett, now executive director of Wellstone Action!, was reminded of the Boschwitz letter when he read of the Seifert campaign’s Emmer letter.

“Rule No. 1 in politics,” said Blodgett, “is don’t do something that becomes an issue itself.” 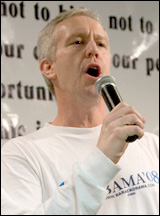 If it’s so basic, why does the rule seem to be violated so frequently?

“In a campaign, you have to be careful because you can end up losing perspective,” said Blodgett.

At some point in a campaign, politics gets personal, and the personal gets emotional. Your candidate is good. The other candidate is evil.

“It’s a big mistake when one campaign ends up hating the other campaign,” Blodgett said.

Interestingly, this hatred seems to boil up more among staffers than it does the candidates themselves.

Perpich misstepped, too
In another race in 1990, for example, incumbent Gov. Rudy Perpich was so outraged that Minnesotans might be attracted to the Republicans’ endorsed candidate, Jon Grunseth, that he dug out Grunseth’s divorce files and urged reporters to take a look.

The irony for Perpich is that he wouldn’t have had to lose his own dignity in throwing dirt at Grunseth. Reporters already were digging into Grunseth’s life and, ultimately, he was forced to withdraw from the ticket. His last-second replacement, Arne Carlson, ende up being elected governor, however.

There was another irony in Perpich’s decision to wave divorce papers around. He had personal experience in seeing how smear tactics often can backfire.

During the 1982 campaign for governor, a minion of GOP candidate Wheelock Whitney showed a reporter documents that Perpich’s running mate, Marlene Johnson, had two charges in her background. One, she had been busted for unlawful assembly at a civil rights demonstration. Two, as a very young woman, she had been ticketed for shoplifting $6 worth of sewing materials from a Sears store.

(That case became a huge press issue, when Star Tribune editors determined that revealing the source of the story was more important than the mud he was trying to peddle. A reporter’s pledge not to reveal the source was overturned by editors.)

But voters weren’t impressed by the last-minute smear. Perpich — and Johnson — were easily elected.

Of course, many campaigns have “the goods” on their opponents. Most often, Blodgett said, they’re best off never using the dirt.

If the information is substantial, the best approach is to suggest to reporters that they look at whatever the subject might be, Blodgett said.

“But otherwise the only way it [release of negative information on an opponent] works is if there’s enough substance in it that it gets direct coverage,” Blodgett said.

Perhaps the most substantive portion of the letter sent to delegates through the Seifert campaign about Emmer regarded his sponsorship of a bill a year involving driver’s license revocations in cases of drunk driving. That bill was opposed by such organizations as Mothers Against Drunk Driving.

For the record, Emmer was busted in 1991, when he was 30 years old, eventually pleading guilty to careless driving. And he received a DWI ticket in 1981, when he was 20. Those charges have been reported by the media.

We’ll know in a week, of course, whether Seifert’s decision to use the letter was a sound one.

But Wilson, who covered politics in Minnesota for decades, said, “These things usually seem a little desperate. If I recall, the science of polling suggests that you go negative when you know you’re in trouble.”

One longtime political insider noted from his experience digging up negative information on opponents: “My view always was that a DUI conviction was worth something only if it was more recent than the booze consumed. So even if Emmer were drinking 20-year-old scotch, the convictions are stale.”