With Minnesota deciding not to submit a new application for $175 million in federal education funding, school superintendents from New Ulm to Eveleth can refocus on the increasingly gut-wrenching task of trying to figure out how to keep the lights on without Race to the Top stimulus funds.

Yet even so, a few of them were probably exhaling after Gov. Tim Pawlenty announced this morning that the state will not try again for the coveted funding.

Like the public, they’ve already heard the familiar chorus of complaints echoed today and seen the finger-pointing that followed Minnesota’s failure to win a first-round grant:

• The governor blamed the Legislature for rejecting his education reform proposals and the state’s largest teachers union for general intransigence.

In the current budgetary climate, no policymaker or school administrator can afford to turn down so much as the proceeds from the PTA bake sale.

Federal funding approach raises concerns
Privately, though, a number of Minnesota education-watchers have developed concerns about the strings attached to Race to the Top funding and what the grant process has taught them about the Obama administration’s approach to school funding and education reform.

In February, Obama released his fiscal 2011 budget proposal. At the time, all eyes were focused on the $4.3 billion federal competition, which was poorly understood by virtually all Minnesota education stakeholders. In late March, when U.S. Education Secretary Arne Duncan released the Race judges’ comments on states’ applications, the fine print in the president’s plan for funding schools started to make sense. 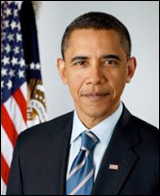 The bottom line: Educators had better get used to competing for cash, because Obama would put all new federal education funding into competitive grants, rather than into aid formulas.

Traditionally, the federal government has given education money to states based on formulas: The best example is the $14 billion Title I program. The aid is supposed to compensate for the higher cost of educating disadvantaged students; right now, it is distributed according to how many each state has.

Obama would prefer states be required to adopt “college- and career-ready standards” to qualify for the program. In fact, the administration wants to provide all new education dollars to states as competitive grants rather than according to traditional formulas.

And some old dollars, too: Obama and Duncan also want to consolidate some 38 smaller funding streams into one pot of money used to fund such initiatives as teacher and leader effectiveness and improving curriculum standards. States would have to compete for the money.

Policy shift mirrors Duncan’s Chicago reform tactics
The policy shift is based on school reform tactics used in Chicago when Duncan was CEO of the city’s school district from 2001 to 2008. Some, including Obama, credit the education secretary’s bold vision with turning around the city’s failing schools. Others say they have yet to see meaningful change.

Either way, it’s clear Duncan and Obama both like the carrot-and-stick approach used in Chicago: attach financial incentives to specific changes and force schools to compete for the money. Critics complain that one reason this approach is so appealing to the president is because he knows his education reforms are not popular on either side of the political aisle.

On a practical level, the first, most obvious problem with this approach is that it puts poor states and smaller school districts at a disadvantage.

“Minneapolis and St. Paul have grant writers on staff,” explained Charlie Kyte, executive director of the Minnesota Association of School Administrators. “I can tell you Balaton does not. Even places like St. Cloud could get nothing.”

Minnesota’s Race to the Top application was several hundred pages long, and its preparation required the use of outside consultants who were paid for by the Bill & Melinda Gates Foundation. According to a New York Times Sunday Magazine article online now, evaluation of the first round of applications was uneven.

Further, the shift will make it harder for school districts to plan — budgeting typically occurs in multi-year cycles — because they will not know whether they will get particular grants.

On top of that, administrators have questioned what will happen when Obama’s stimulus funding runs out in three years. Districts are supposed to create basic programs using the grants. So what happens when federal funding runs out? Most likely tax hikes, they fear.

Even before then, some say, the money may not be enough. Many of the reforms Obama wants to see, such as replacing mechanically scored standardized tests with assessments that use open responses, may cost more than the grants.

Lastly — but most problematic, when it comes to the actual business of teaching kids in classrooms — attaching funding requirements to a larger portion of school funding will hit districts where they are currently hurting most: unrestricted general funds.

An example: Schools have a legal obligation to provide special education services to any student that needs them, but only once has the U.S. government ever reimbursed states for more than 17 percent of the cost. (Current stimulus dollars have temporarily increased reimbursement to 34 percent.) The rest must be borne by local districts, which must either raise taxes or cut services overall.

According to Education Week, a number of Round 1 finalist states are so strapped for basic funding they have asked for waivers to a requirement that federal grant recipients maintain a certain level of state and local financing. Seven of the 14 states that have applied for at least one waiver were finalists, according to the publication. (Minnesota was not a finalist.)

“This means that as they are racing to the top, they cannot muster up enough cash to maintain K-12 or higher education funding levels from 2006 (that’s four years ago!),” EdWeek reported.