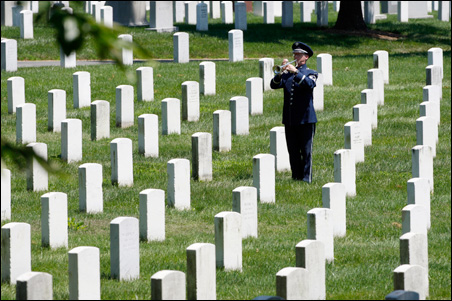 REUTERS/Jason Reed
Arlington National Cemetery is one of 131 national cemeteries managed by the VA.

In a nondescript office above a Vietnamese restaurant in St. Paul, a group of Hmong veterans has gathered for their regular social hour. Stooped men in straw cowboy hats chat at card tables. Most everyone in the room wears military lapel medals of some kind — including many of the elderly women circulating throughout the office. Sitting at a lone desk in the corner is Long Yang, the vice chairman of the SGU Veterans and Families organization.

Yang worked for the Central Intelligence Agency during America’s covert war in Laos, flying surveillance missions over Viet Cong supply lines. Now, from his office on University Avenue, he is pursuing his next major mission: helping to secure U.S. military burial rights for veterans of the “Secret War” in Laos.

The SGUs (Special Guerrilla Units) were components of the CIA’s effort to thwart Viet Cong military operations during the Vietnam War. The SGUs were largely composed of Hmong soldiers who worked to prevent Vietnamese supplies from traveling up the Laotian portion of the Ho Chi Minh Trail.

A protracted covert campaign
During the Vietnam War, the country of Laos was officially neutral, due to an accord signed by its warring political factions in 1962. Despite this, American and Vietnamese forces operated inside the country for the duration of the war. Both nations were engaged in a protracted covert campaign to support the main war effort in Vietnam itself. As the conflict in Vietnam escalated, the CIA recruited local fighters under the command of Hmong General Vang Pao to serve as a proxy military force.

Long Yang served as a liaison officer between the CIA and field intelligence units operating along the Ho Chi Minh Trail. During the war, he would rise early in the morning and assemble a six-man flight crew. Using an American C-47 transport plane, he would fly over Laos on extended surveillance missions. Yang was stationed in Thailand, and would travel by air to the main CIA base in Long Chieng on a daily basis. Once on the ground, Yang would visit field surveillance posts where Hmong soldiers were watching for Viet Cong incursions.

Long Yang notes that Hmong soldiers regularly engaged in high-risk missions within the Laotian theater. “Members of the SGU,” says Yang, “helped to rescue American pilots” whose planes had been downed by Vietnamese anti-aircraft fire. According to Yang, many SGU vets feel that they were instrumental to the war effort, since they were able to carry out difficult missions in places where American forces could not operate.

Long Yang says that as Secret War veterans have aged, they have begun to focus on issues common to all veterans, including burial with military honors. There is high support for this burial issue among SGU vets, he notes. By Yang’s telling, Secret War vets want to be afforded the same burial rights as their American military counterparts who fought in the Vietnam War. “They want to die with dignity,” says Yang.

Burial rights afforded to military veterans
Jo Shuda, a public-relations specialist with the Department of Veterans Affairs (VA), says that there are certain burial features afforded to all U.S. military veterans. For instance, Shuda notes that all veterans are eligible to be buried in one of the 131 national cemeteries managed by the VA. This collection of facilities includes Arlington National Cemetary outside of Washington, and the burial grounds at Minnesota’s Fort Snelling military complex.

If requested, the VA provides veterans with a cemetery plot, and covers the cost of the burial service itself. Additional honors include a Presidential Memorial Certificate, and the presentation of a U.S. flag to the family of the deceased. By law, the Department of Defense is also required to provide a two-man honor guard upon the request of the surviving family.

In general, burial in U.S. military cemeteries has been reserved for veterans of the American armed services. However, Congress has made some exceptions to this policy in the past. For instance, burial rights were granted to some Filipino guerrilla fighters who supported the U.S. military effort during World War II.

Long Yang says that he and other SGU vets hope to see a similar exception afforded to them, so that they can likewise be buried with American military honors.

Pursuing CIA documents
One logistical difficulty that confronts Secret War veterans is the lack of documentation that ties them to U.S. service. Some, like Long Yang, worked directly for the CIA, and had government-issued paperwork. “Many other veterans,” says Yang, “served under General Vang Pao,” and did not have such documentation. The absence of paperwork creates potential complications in the drive to afford burial rights to veterans of the war in Laos. 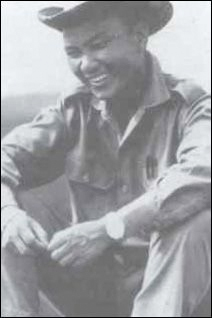 Courtesy of the Central Intelligence Agency
Laotian Gen. Vang Pao, in a photo taken in the early 1960s, somewhere in Indochina.

The VA’s Jo Shuda states that U.S. military documentation is the usual factor that determines who can be buried at national cemeteries. “Normally,” says Shuda, “family members will have formal discharge documents that make it easy to verify service.” Shuda notes that the VA also does its own verification through the National Personnel Records Center in Saint Louis.

The documentation issue has been a hurdle in the overall burial rights effort, according to Amee Xiong, Take Action Minnesota’s Hmong Community and Political Organizer. Xiong notes that much of the documentation held by veterans was discarded as they fled Laos in the chaotic aftermath of the American withdrawal from Southeast Asia. “Some vets say that they were provided ID numbers by the CIA,” she says. “Theses were printed on paper documents.” Xiong notes that many vets discarded such paperwork as they left Laos, so that they would not have incriminating documentation on them if captured by Communist Pathet Lao forces.

Take Action Minnesota has been involved with the burial-rights issue since 2009. Since that time, Amee Xiong has been working to help secure service documentation for veterans of the Secret War. Within the past several months, Xiong has filed three Freedom of Information Act (FOIA) requests seeking the names of Lao citizens paid by the CIA, as well as the dates that they received payments from the Agency.

So far, says Xiong, the agency has not released any information sought through the requests. A CIA response letter to one of Xiong’s FOIA requests notes that “responsive records, should they exist, would be contained in operational files” that are excluded from FOIA by federal statutes.

Building political alliances
In recent years, the issue of burial rights for Secret War veterans has been pursued on several fronts. According to Take Action Minnesota organizer Dai Thao, the California-based Lao Vets of America began to pursue congressional action on the issue a few years ago. By late 2009, several members of Congress were actively seeking co-sponsors for potential legislation, according to a press release by the Washington-based Center for Public Policy Analysis.

Locally, Take Action Minnesota has been aiming to turn Hmong community support for the burial issue into a viable political movement. Take Action’s Dai Thao notes that the burial matter came up during a public forum that the group held at the offices of Lao Family Community of Minnesota. http://www.laofamily.org/ Since then, Take Action Minnesota has made the issue a priority, and has been helping to coordinate political efforts within the Hmong community, including with groups like the SGU veterans’ organization.

At present, the SGU’s Long Yang is pursuing direct meetings with California Rep. Bob Filner, chair of the House Committee on Veterans Affairs. An email provided by Yang notes that he hopes to meet with Filner, Gen. Vang Pao, and a former U.S. military officer from the Secret War period who is supportive of the burial effort. Yang says that the SGU will soon have its national conference in St. Paul, and will decide on its next formal steps.

Over the next months, Take Action Minnesota will ramp up its efforts to build public awareness and political support for the issue. Dai Thao notes that the group will hold a forum on May 29 to ask Minnesota gubernatorial candidates about their support for the burial rights issue.

According to Thao, the provision of military burial rights to Secret War veterans is long overdue. “Hmong vets gave up their homeland to defend American freedom,” he states.  Affording burial rights to this group, says Thao, “will show that the bonds forged by Hmong and American veterans are real, and are not forgotten.”