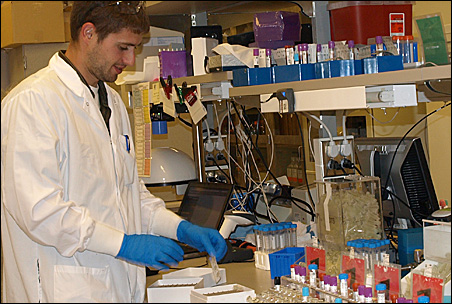 Ten years ago, world leaders hailed the deciphering of the human genome as the kickoff for a revolution in the treatment of human diseases.

You can be forgiven if the anniversary slipped your notice. It’s largely been marked with a shrug.

If you look for celebration, you can find it, though. Just visit genetics laboratories at the Mayo Clinic and the University of Minnesota. There, scientists still use the word “revolution” 10 years after that first sequence was released in rough draft form on June 26, 2000.

“This has totally revolutionized the way we think about genetic experiments,” said Michael O’Connor, who heads the Department of Genetics, Cell Biology and Development at the University of Minnesota.

“We do things by genome sequencing now that we wouldn’t have dreamed of 10 years ago,” said professor Harry Orr, who specializes at the U of M in neurodegenerative diseases such as Parkinson’s.

“Technology development has just skyrocketed,” Orr said. “You know how the space program is credited for various aspects of computer development and electronics and so forth? We’ve seen a similar stimulus of genetic technology.”

Buried in data
But the researchers also express humility. A daunting amount of information is packed into our tiny cells. It’s one reason this revolution has yet to sweep through your local clinic. 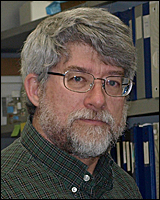 The lag between the laboratory and the clinic illustrates the No. 1 lesson from a decade of research: Despite centuries of medical and biological advances, we knew shockingly little about our own bodies — about how they develop from a cell to a creature complex enough to invent a computer, grow a malignant tumor, hit a home run and love a child with heart-aching intensity.

Scientists have been buried in data since they got access to the genetic blueprint for the human body with its lineup of some 3 billion chemical units. Experts at the U.S. Department of Energy estimate it takes some 3 gigabytes of computer data storage to hold one human genome.

“We have just so much data and the genetic contributions across populations for most diseases is so complex that it is going to take enormous advances in bioinformatics and computation to get our understanding to a level that we can then begin to think about how we would use that to change health care,” Orr said.

Still, the revolution is advancing toward real patients.

Genomic researchers at the Mayo Clinic in Rochester are close to developing a drug to help breast cancer patients who don’t share in the benefits so many other women get from Tamoxifen. Other new anti-cancer drugs are in the works. And genomic studies went into making Prolia, an Amgen product the Food and Drug Administration has approved for treating osteoporosis.

Those are just a beginning. Mayo has genomic research under way that should help target drugs for treating everything from depression to a deadly form of skin cancer.

Now Mayo is gearing up to dig deeper into the research by sequencing many more whole genomes.

That first sequence, done 10 years ago, cost nearly $3 billion. The cost has fallen recently below $10,000. And it is headed for $1,000, where sequencing could be within the reach of your local clinic.

Taking the full measure
The whole-genome sequence should not be confused with the controversial genetic testing kits that companies recently made available at drug stores. Those tests scan DNA looking for common genetic variations that are associated with diseases.

A whole-genome sequence would look at the full measure of our inheritance from our biological parents and also at changes that we have earned through our habits or acquired from our environments. There would be some 21,000 genes believed to carry codes for the proteins that essentially run our bodies. There would be mysterious deserts between the genes, once dismissed as junk DNA.

There also would be subtle differences from one person’s genome to another — not well understood, but ripe for research. And there would be structural arrangements that help explain the difference between you, an elephant and a fruit fly.

The key question is whether your clinic would know what to do with your sequence once it was in your file. Further, would your HMO be willing to pay for individualized medicine or would it cling to today’s one-size-fits-all standards?

Genes + environment = cancer?
Dr. James Cerhan at Mayo has samples from 10 patients ready for sequencing once the new equipment is available for use this fall. 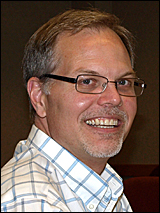 Seen another way, the studies could help explain why one person gets lymphoma while another person in the same environment doesn’t. Had genomic research tools been available during the polio epidemic, we should have been able to learn why most people who were exposed to the virus did not “end up in an iron lung or a wheelchair,” said Cerhan, who is an epidemiologist.

“We think they had a certain genetic background,” he said.

‘Little to take to the clinic’
So there is no question that the genome has given scientists powerful new tools. Less clear is how soon the research will turn up meaningful results for patients with cancer, diabetes and other diseases.

“We found lots of statistically confirmed hits that predict risk,” Cerhan said. “But they are small, and when I add them all up, I get the same ability to predict your risk as asking if you have a first-degree relative with diabetes.”

Asking the question obviously is cheaper and easier.

“We have very little to take into the clinic right now,” Cerhan said. “Does that mean we should say ‘OK. Let’s drop it. Genomics isn’t going anywhere at all.’ No. It’s just going to take a lot more work to do it right.”

And so, research is moving apace in laboratories around the world — not on the human genome alone but on the genomes of a veritable Noah’s Ark full of creatures. Most recently, a team of scientists reported in Proceedings of the National Academy of Sciences that they had sequenced genomes of the human body louse.

In this 10th anniversary report, MinnPost will look at examples of genome research in Minnesota beginning with studies at Mayo into the reasons some cancer patients get little benefit or even get worse from drugs designed to save their lives.

That was Dr. Richard Weinshilboum’s response to my question of what’s changed in the decade since he got his hands on the human genome sequence.

“Can you see that the world I’m talking about now is a totally different world than I could have talked about 10 years ago?” he asked.

This enthusiasm was coming from a veteran Mayo scientist who has plowed more than his share of new ground over the years into understanding the interplay between genes and the drugs used to treat cancer and other diseases. 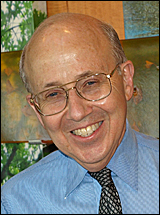 Ten years ago, Weinshilboum led a national effort to hunt down genes that influence individual responses to drugs.

“The focus was on single genes … one gene at a time,” he said.

“In today’s post-genome-project world, that is so 20th century,” he said. “Everything we do is scanning across the entire genome, not one gene at a time — not two, not 10, not 100, not 1000 — but all of them and all of the territory between the genes looking for signals that might give us a hint as to why one person responds beautifully to the powerful drugs we have available today, another person doesn’t respond at all . . . and another person has such a bad response.”

For example, one of Weinshilboum’s Mayo colleagues, Dr. Liewei Wang, scanned for variants across the genomes of 300 people — equally divided in ethnic groups — and discovered a gene that helps explain why some patients don’t benefit from the anti-cancer drug gemcitabine.

“Nobody had ever thought of that gene playing any role in response to gemcitabine,” Weinshilboum said. “When she looked at its effect, it was as important as everything else we knew put together.”

That discovery opened insights into a whole series of drugs that are used to treat a wide range of cancers — how they work and why they sometimes don’t work.

Now, the same genome scans are helping with a different study into the reasons some women develop severe arthritis when they take drugs called aromatase inhibitors to fight breast cancer.

Sure enough, the analysis is turning up telltale variations. If this finding stands up under further study, a doctor could perform a genetic test for those variations and use the results to decide which therapy is best.

“We were looking for a needle in a haystack,” Weinshilboum said. “Once you find your needle, you can throw the haystack away. . . . You will just go right to where you know the action is.” 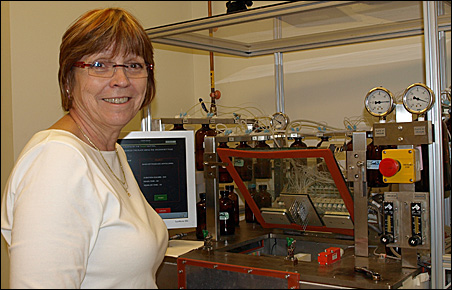 The research is not done by Mayo alone. Scientists there have collaborated with groups in Japan, Germany, Canada and other countries.

“We are deeply involved in these international collaborations because we have to be,” Weinshilboum said. “We can’t do everything ourselves. This science is so big and so great that if we can’t hang together, we certainly are going to hang separately.”

Disease roots more elusive
The work at Mayo and other institutions to match genes with drug reactions — called pharmacogenomics — is yielding the earliest promise for turning the genome revolution to practical use.

Far less practical progress has been made on getting to the genetic roots of diseases — say, reading the genome to learn what causes cancer.

That doesn’t surprise Weinshilboum. In the course of evolution, diseases with simple genetic explanations should die out. For the big killer diseases that persist over the generations, the underlying genes have to be far more complex.

Not so with exposure to modern drugs. That is far more recent — only within the past 100 years or so of our evolution.

“So we find more genes with bigger effects for drug response than we do for disease risk,” Weinshilboum said.

Still, he predicts that more and more people will have their genomes sequenced as the price drops below $1,000.

“That’s coming,” Weinshilboum said. “The question is how do we use it in the best way.”

Although effort draws a shrug from some, Mayo and U of M experts thrilled by ‘genetic revolution’ gains