In a little-noticed action, the state Legislature passed a resolution in the waning days of the session, apologizing to thousands of Minnesotans with various mental and developmental disabilities for the treatment they received at the hands of the state dating to 1866.

“This is something that may not seem important to most,” said Rick Cardenas, who for 13 years diligently has pushed for the apology on behalf of voiceless people. “But it is very important to the people receiving the apology.”

Cardenas is co-director of Advocating for Change Together, an organization that pushes for civil rights for people with disabilities. ACT — and Cardenas — also has been at the forefront of Remembering With Dignity, a movement best known for putting names on the graves of the thousands of previously unknown Minnesotans who died in state hospitals.

Despite the brutal treatment those with mental disabilities received, it took 13 years for this simple apology to get the support of the Legislature.

And though Gov. Tim Pawlenty ended up signing the resolution, he felt that it was necessary to sort-of apologize for the apology.

“Today I have signed Resolution 4, House File 1680, which acknowledges the legacy of our State’s past institutionalization practices, and sometimes harsh or inappropriate treatment of this vulnerable population,” Pawlenty wrote to legislative leaders last week after signing the apology.

“However,” Pawlenty continued in his letter, “it is important to note this resolution also negatively paints with a very broad brush the actions of State employees who, in most cases, took actions based in good faith and the scientific understanding at that time.”

The governor’s struggle with signing the apology pretty much sums up why the process took so long, Cardenas said. These were the same concerns, raised in the past, by leadership of state employee unions. There were concerns that by admitting wrongdoing, the state could be held accountable in court for the way people were treated.

Stories of brutal care
But the simple fact is the treatment of people with disabilities was brutal.

Luther Granquist, who as a Legal Aid Society attorney led the fight to close the state hospitals in the early 1970s, where people with disabilities were warehoused, is retired now, but he continues to do research on the treatment people received at the hands of the state. 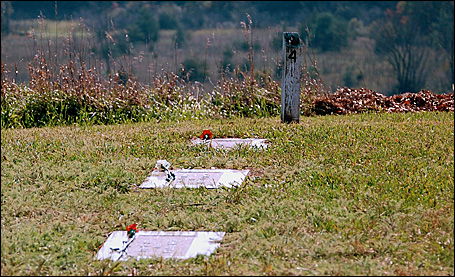 Photo by Steve Date
Decorated graves in the cemetery at the old Hastings state hospital.

In the 1940s, for example, a highly respected pediatrician at Mayo Clinic, C. Anderson Aldrich, for example, advised that mothers who gave birth to babies with Down syndrome should immediately be separated from their babies and that medical staff should work with the fathers, other relatives and clergy members to tell the mothers that “that the family would be better off” without a Mongoloid (the term at the time) child in the home. Granquist notes that even the baby boomers’ pediatrician, Benjamin Spock, agreed that institutionalizing Down babies was best for all concerned.

Forced sterilizations, lobotomies, punitive shock treatments and forced labor were all part of the “scientific” treatment of people in the past. 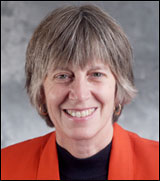 Still, an apology resolution, led by Rep. Karen Clark, DFL-Minneapolis, and Sen. John Marty, DFL-Roseville, was a hugely difficult battle. Even after 13 years, the apology that passed was watered down. For example, a section of the resolution devoted to the practices of physicians and medical professionals was removed by the Legislature before passage.

Meaningful act
But at least a “we’re sorry” passed.

“It’s a quiet thing but very powerful and meaningful to the people who were impacted by the treatments,” Cardenas said.

What makes this apology unique, Cardenas said, is it began with testimony at a legislative hearing 13 years ago from a man who had been institutionalized.

“He just happened to say, ‘They did these things to me and nobody ever said, “We’re sorry,” ‘ ” Cardenas recalled.

Finally, it’s happened, but Cardenas admits he has “qualms” about the meaning of it all.

“There are so many terrible things happening to the state budget,” Cardenas said. “The cuts that are happening are hurting the poor and the people with disabilities. In some of the [legislative] hearings, I said: ‘We want an apology now for past practices. But I want to remind you that we’ll probably have to apologize for practices we have in place now and some point in the future.’ ”