Four years ago, when Bill Green was hired to lead Minneapolis Public Schools, his ostensible job title was superintendent. But his mission really was to spread balm and restore faith.

An unpopular board had just ousted the second of two equally unpopular superintendents, succeeding only in sowing racial animosity as it did so. Families were fleeing the district, and the achievement gap was starting to look more like a canyon.

Green served on the school board from 1993 to 2001 and miraculously remained popular to the end. At first, it was very much a ceasefire in situ, but his return persuaded warring community factions to give the school district one more chance.

Affable, very, very smart and perpetually disorganized, Green charmed good leaders away from unlikely places and put them to work realizing the vision of a new board made up of energetic reformers. While his team balanced shrinking budgets, labor strife and the monumentally painful task of closing schools in the wake of plummeting enrollment, Green went out and spread balm.

On June 30, Green will return to teaching at Augsburg College, where he is an associate professor of history. MinnPost was surprised when he proposed an exit interview — he’s not a press-hound. What follows is a condensed and edited transcript of that conversation.

MinnPost: Did serving on the school board prepare you to become superintendent? 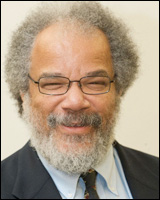 Bill Green: I served in a different time. What this district is dealing with is so different than what we were dealing with in the ’90s. We had more kids in the system. The economy wasn’t as bad. We could afford to offer the unions better contracts. We could afford to hold a lot of our partners less accountable because our resources were less tight than they are now.

We’ve gone through a sea change. In the ’90s, it was becoming fashionable to attack public education. Right now, we’re at a time where people feel more inclined to protect it or defend it. Hold it accountable, be critical of it, but at least recognize the role of public education in our society.

In the ’90s we had a lot more invisible kids. Homeless [kids] — they were invisible. English language learners, immigrant kids, they were invisible in the ’90s. Kids of color back then seemed only to be African-American, whereas today we are a little bit more aware of how much our kids look like the world.

We as a district in the ’90s had less sensitivity toward communicating in a way that shares power with the community than we do now. I think we’ve learned how to deal with the fear of sharing that power in a way that we didn’t 10 years ago.

I encourage my folks to not have our plan wrapped up in a bow when they take it to the parent advisory committees, for example. But to say, ‘This is what we’re thinking,’ and to not view the absence of a bow as an indication that we’re not professionals.

If we open up and share our stuff while it’s in formation, folks aren’t going to think any less of us if we ask the right questions, logical questions, and we are open to the questions that they are asking.

The most complex and controversial thing we’ve done is restructuring the district, the Changing School Options [plan]. [Closing schools] had always been a difficult thing to carry through because it was often done behind closed doors. People couldn’t see the logical progression. They couldn’t have a chance to challenge the numbers and there was no track record. It was something that had just been placed on them.

One of the most important books I read over the past four years as superintendent was “Fiasco,” Tom Ricks’ book on Iraq. The theme is basically you can win the war and lose the peace. You don’t embark on something unless you already know you’ve got the capacity to work with the people impacted by that decision after the decision has been made.

We didn’t do that in the ’90s. We made a decision and then in a couple of years when things changed, we went on to something else.

MP: Do you have any concern about leaving in a year when so many of the senior members of the board are also going to leave?

BG: Yes, I am worried about that. Any kind of major transition of leadership is always problematic for the institution, which is why we wanted to do a succession plan early on. The work [begun during Green’s tenure] was affirmed when the board selected [outgoing Chief Academic Officer] Bernadeia Johnson (PDF) as the next superintendent because she was key to a lot of that work.

I’m concerned about board members coming on who don’t really have the same kind of ownership that board members who were here when we laid the foundation had. The major challenge that confronts Bernadeia is to persuade the new board that this is the right direction.

MP: This board pushed you, pushed your staff. There were several things the administration put forward where they said, “No, not risky enough, not daring enough.” What did that feel like?

BG: Depending on the issue, it was frustrating and in at least one instance, it was heartening. Much of the time, it wasn’t fun because I saw the work that the team did in coming up with its best thinking. Sometimes what was being desired didn’t really advance the work that needed to be done. Sometimes the thing on which board members are being bold was kind of superficial.

On the other hand, on such things like contract negotiations with the teachers, the board has been quite bold in pushing us to tie our proposals with reform — which is a dirty word now. What are we going to do for kids as opposed to how much are we going to pay people? Is it just economic or is it economics and academics. I think it’s to the board’s credit, that they have been probably more resolute than many.

MP: Is there any tightly held belief you have had to let go of because of your superintendency?

BG: I have never been a fan of charter schools, and I now see that this is a very serious alternative that we have to pursue. The district has been legislatively enabled to sponsor its own charter schools. I think that’s important, and I’m willing to look at them.

This is really the bigger issue for me, and I’ve never said this before: I no longer feel that we can reach every child in the traditional way, the way that we’ve been pursuing it. Minneapolis Public Schools is a place where a lot of kids can do great things, to use a phrase. But the traditional system we have doesn’t really seem to accommodate the educational needs of all our kids in a school district where the majority are of poverty and of color and a growing number are coming from other countries and learning the language and just on the threshold of acculturation. It’s a system that has to be a little bit more imaginative.

We’ve got teachers in critical classrooms where the kids really, really need superb instruction … who don’t really believe that a child because of their color, because of their class, because of their accent, because of their parents, that they really can’t learn, that their school would be better if you gave us better kids. Those people don’t deserve a paycheck. But we’re stuck. We have a certain kind of arrangement here that’s part of the structural problem in reaching all kids. Every teacher’s got to believe that every child can learn.

I do worry about the mounting frustration that people have toward the teaching profession because I think they [don’t always] separate the classroom teacher from the union. There is a role that unions play, and we’re in a time where it’s hard to find that ground where we can meet each other because the wind is blowing in all sorts of directions. It’s hard to be heard, and it’s hard to get sure footing and so people who would otherwise be friends and colleagues — those relationships are straining.

MP: What’s the most surprising thing you learned on the job?

BG: I was surprised at a city that doesn’t look like the kids who are in the system taxing themselves like they did for the referendum and believing in it.

I was surprised at how we still have race to grapple with in the age of Obama, [and] the extent of which that occurs even among liberals. That surprised me and not always pleasantly.

I used to sit on the [school board] dais and look at the superintendents and wonder, “How the hell do you sit through this meeting and look like you care?” Well, I get it. This is real important work, and there are people connected with the numbers.

These people have taught me that just about anything is possible. I’ve seen principals go into churches, go up and down the street and knock on doors and introduce themselves. And that’s in the ghettos and I’m proud of them for doing that. Proud of that teacher who takes her [students] to a basketball game, goes to the kids’ house to pick them up so Mom now has a relationship with the teacher in a way that she never did.

Superintendent Green’s re-assessment: ‘I no longer feel we can reach every child in the traditional way’