St. Paul schoolteacher Carrie Bakken recently got a chance to do something most of her peers dare not dream of: schooling U.S. Secretary of Education Arne Duncan and his highest-ranking advisers on the topic of education reform. 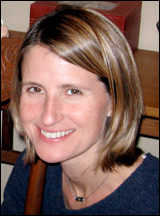 Her message: If the Obama administration is serious about staffing the nation’s schools with better teachers, Duncan might want to think about putting teachers in charge. “The job is more appealing when you own your school,” she explained.

To Bakken’s utter shock, Duncan listened. And then, when he’d heard what she had to say, he posed a question: Why aren’t there more schools like hers? What are the barriers?

Avalon is a 15-teacher cooperative school
For the last nine years, Bakken has belonged to a 15-teacher cooperative that literally owns and operates Avalon, a public charter school serving grades 7 to 12 out of an old brick building on University Avenue in Midway. The nearly 200 students take some conventional classes but also work on individual projects they design in conjunction with their teachers.

The school has no principal. Using the same professional partnership model doctors and lawyers have used for decades, teachers decide everything from salaries to curriculum. There is, quite literally, no one to whom the buck can be passed.

Avalon, one of about 80 teacher-owned schools across the country, enjoys a close relationship with Education Evolving, a St. Paul education policy think-tank that has promoted the model and brokered the meeting with Duncan. Reformers can learn a lot about true teacher accountability from Avalon, said co-founder Joe Graba.

Which means the best and the brightest are more likely to stick around. “We’re losing too many of the best people out of teaching,” Graba said. “A necessary component of [the reform] process has to be to make teaching a better job.”

For the last 10 years, Graba has attended meetings of the Teacher Union Reform Network, a nationwide coalition of some 50 local unions, including the Minneapolis Federation of Teachers. Through the group, he met Jo Anderson Jr., former head of Illinois’ teacher’s union.

Last year, Duncan put Anderson in charge of the U.S. Department of Education outreach to teachers and their organizations. Graba started talking to Anderson about teacher professional partnerships. In April, he asked Bakken and Brenda Martinez, teacher-owner of an innovative school in Milwaukee, to travel with him and Education Evolving’s other founder, Ted Kolderie, longtime civic activist, to Washington D.C.

“We know the teacher the student relates to is really key to the success of the student and the school,” Graba told Duncan. “We think empowerment is part of how you get a better teacher.”

At Avalon, everyone has administrative duties, although Bakken is one of two teachers who tackle a disproportionate share in exchange for a lowered teaching load. Without administrators’ salaries to pay, she and her teacher-partners are able to keep class sizes at an enviable 20.

Teachers can fine-tune schedules and lesson plans according to students’ needs, rather than a top-down policy. Because they work as a team, when a teacher is struggling, she or he has fellow professionals to turn to for ideas.

By definition, teacher-run schools rely on peer evaluations to decide whether to retain staff. At Avalon, parents, students and colleagues fill out anonymous evaluations via the online site SurveyMonkey.

The data are geared toward determining where a teacher can grow, however. Close working relationships mean faculty who shouldn’t return usually realize as much before evaluation time.

School successes don’t all show up on test scores
Student test scores hover around state averages, but Bakken and her colleagues say the numbers don’t really tell their story. Where Avalon really shines is hanging onto kids who would be bored or slip through the cracks at a more conventional school.

This past year, one of Bakken’s students won an expenses-paid trip to Washington to receive an award from the National Park Service in recognition of a project the student designed and completed. Another chose to move away from a gang he’d been involved in and committed to attending school regularly.

“That’s not going to show up on a test,” said Bakken. “Achievement does look different for student X and student Y.”

Bakken’s Milwaukee counterpart told a similar story about her school, ALBA, which caters to first-generation Latino immigrants. ALBA tries to involve the entire community by allowing entire families to take classes with their kids, who can start attending at age 3.

Co-operatives composed of teachers have run charter schools in Minnesota since 1994, when New Country School — best known as the school whose students discovered deformed frogs — opened in Henderson. Like New Country and Avalon, Minnesota’s teacher-owned schools are all charters.

By contrast, because Milwaukee’s charters are “owned” by the public school system, ALBA’s teachers are district employees who get to continue to enjoy union membership. Last year, Minnesota passed a law giving school districts here the power to do something similar.

This fall, Minneapolis Public Schools will open a first-of-its-kind teacher-run school within the district. The Pierre Bottineau French Immersion School is the brainchild of teachers inspired by research that shows that immersion in a second language can accelerate learning by the pupils who typically struggle the most.

Pierre Bottineau’s teachers will enjoy as much autonomy as charter teachers — something that’s key to fostering innovation, according to Education Evolving. “Autonomy lets the school be the unit of improvement,” Graba and Kolderie noted in a new report (PDF) they delivered to Duncan at the meeting.

“Introducing innovation means freeing educators and others to search for what works for the students they have enrolled,” the report argues. “Students differ, so ‘what works’ might well differ; school to school and even student to student. Innovation needs to be open to practitioners in schools trying things.”

Graba’s not sure what comes next, but he’s confident the meeting captured Duncan’s imagination. “They’re desperate for ways to improve the education of our youngsters,” he said.

Just in case the meeting was a once-in-a-career experience, Bakken kept her Department of Education visitor name tag. The souvenir reminds her how gratifying it was to tell Avalon’s story to an audience of 20 education policymaking notables.

“These are the people who make those decisions that we bear the brunt of as a school,” she said. “Before I went, I was like, ‘No one gets this.’ But now I think these are just people trying to see the possibilities.”