Over the next few months, Minnesota’s charter schools are going to experience something akin to a herd culling.

Certainly. But most of the leaders of the state’s charter movement — the oldest in the nation — could not be more thrilled.

As a result of a sweeping overhaul of the Minnesota law governing charter school oversight, many of the 51 organizations that now serve as the schools’ legal sponsors are getting out of the business of chartering.

‘Orphaned’ schools must seek new sponsors
About to be orphaned, dozens of schools are looking for a new authorizer.

But the authorizers still in the game, now accountable for everything from the schools’ test scores to the color of the ink in their check books, are proving choosy. Schools that are getting good results, they say, will find new overseers.

“We suspect some of those schools see the proverbial writing on the wall,” said Beth Topoluk, charter school liaison for Friends of Education, one of six groups that in May got state permission to continue authorizing schools.

While a wave of school closures would mean some upheaval for students who lack a good alternative to a failing charter school, the contraction is good news for the most part, Fan and others agreed. The initial idea was to offer a choice for students who couldn’t succeed in mainstream public schools. Now that choices abound, it’s time to focus attention on making sure they’re high quality, the reasoning goes.

Nearly two decades after the first charters opened here, Minnesota has more than 150 of the public, independently operated schools, which serve some 33,000 students. Many more have opened and closed in that time, often the victims of financial mismanagement or a lack of strong leadership.

Academic performance, too, has been all over the map.

Fifteen of the 20 high-poverty schools with the highest scores on this year’s standardized state tests — “beat the odds” schools — were charters. Meanwhile, 11 of the state’s 26 so-called persistent underperformers are charters. The Minnesota Department of Education recently concluded that seven of those programs did not have the capacity to implement radical “turnaround” plans.

In 2008, state auditors released a report [PDF] blaming the instability that plagued some of the schools on the vague chain of responsibility laid out in state law. In response, and with the charter movement’s backing, the state Legislature last year passed a law making charter authorizers, previously referred to as sponsors, directly responsible for the operational and academic performance of their schools. 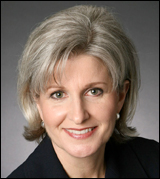 “We needed to clean up our own sandbox,” said the law’s main author, Sen. Kathy Saltzman, DFL-Woodbury. “I think it only happened because of the many reports coming in that were disturbing to the public.”

New state law among nation’s toughest
Written with the assistance of the National Association of Charter School Authorizers in Chicago, the new law has been described as the nation’s toughest. The fine print takes up pages, but the gist is that authorizers must now answer to the education department for the performance of the schools they agree to charter.

The schools and their boards in turn will be subject to much more intensive scrutiny by the authorizers. To pay for the staff and outside contractors needed to review the books and analyze testing data, the schools will be required to pay a per-pupil fee to the authorizers.

Authorizers that want to continue to charter schools must win education department approval by June 30, 2011. So far, 13 have applied and six have been approved. In recent days, the department opened a second application period that runs until Sept. 23.

Several sponsors, including the department itself, have already decided not to seek approval.

In part, that’s because, as organizations with a particular mission, many early sponsors chartered just one or two schools and thus lacked the capacity to do more than rely on the schools’ boards to keep things running smoothly.

But faced with fiscal crises and achievement gaps of their own, public school districts are also thinking twice. Keith Lester, superintendent of the 1,700-student Brooklyn Center Community Schools, was quick to opt out, telling BlueSky Online school it would have to find another authorizer.

“I was basically the only person doing it, and I’m supposed to be running the district, too,” he explained. 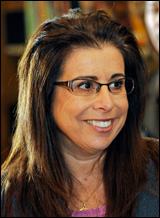 St. Paul Schools Superintendent Valeria Silva last month told the school board she thought the district should follow suit. The board is expected to decide in coming weeks whether to tell the six charters the district sponsors to find new authorizers.

(In contrast, after several years of study, Minneapolis Public Schools recently embraced the idea of charter sponsorship. The district’s first charter is set to open this fall, and at least two others are expected to come online next year.)

Because it’s unknown how many potential authorizers will be able to convince the state they can provide enough oversight, no one knows how many charters will end up shopping for new minders.

Early sponsor already getting inquiries
The first nonprofit charter sponsor in the nation, Volunteers of America, has fielded a number of inquiries, according to Katie Piehl, director of charter school authorization. Just two have actually applied.

“I think that’s because those schools see what we’re asking, what we require,” said Piehl.

In addition to fitting in with the organization’s mission — among other things, to serve small schools targeted at communities in need — schools seeking VOA authorization must demonstrate academic success as well as sound governance.

VOA looks for financial stability and policies that show that a charter’s board is actively scrutinizing everything from the school’s checkbook entries to its audits. A healthy reserve fund is especially crucial right now, given that the state is “holding back” 30 percent of funding for fiscal year 2011.

The group also delves into the composition of the board, making sure it’s in a good position to evaluate the school’s director. “We work to empower the board and to ensure the board is as strong as possible because we know that strong charters have strong boards,” Piehl said.

If the applicant is an existing school seeking a new authorizer, VOA staff visit the school and try to talk to students, staff and parents.

In the 10 years it has been chartering schools, VOA has authorized 14; a 15th is slated to open this fall. From the outset, the organization was not satisfied with the state’s threshold for accountability, Piehl said.

“Minnesota has not had a great reputation for quality of oversight,” she said.

Because VOA placed so many demands on its schools, it had little to do to comply with the new state law. Similarly, Piehl expects the most successful charters will have little trouble satisfying new sponsors.

“High-quality charters with good track records won’t have a problem finding a new authorizer,” she said.

“We’ve received a flurry of inquiries and only one application,” said Friends of Education’s Topoluk.

Schools may be waiting to see which authorizers emerge from the next round of applications to the state, she speculated: “We could get a late fall or spring crush.”

If the winnowed field of authorizers does indeed face an onslaught, she and others in the charter movement say they plan to stick to their standards, and they hope the Legislature does, too.

“The concern should be on what’s best for our children,” said Topoluk. “Choice for choice’s sake in Minnesota hasn’t been a success. What the focus needs to be on is quality of choices.”