Eight research projects at the University of Minnesota are jeopardized by a judge’s order this week to halt federal funding for experiments involving stem cells derived from human embryos.

“It’s a shock, and it’s extremely disruptive,” said Jonathan Slack, director of the U of M’s Stem Cell Institute.

Nationwide, other scientists are deep into projects that would deploy the cells’ restorative powers to treat diabetes, Parkinson’s disease, spinal cord injuries and a long list of other disorders.

“If this injunction stands, these projects will go down like dominoes over the next year,” Slack said. 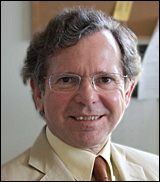 At least three of the Minnesota projects were near a deadline for an annual funding review by the National Institutes of Health. Now Slack is concerned that those might be among the first 22 projects nationwide to be halted by the court’s injunction.

Threatens adult cell research
One odd twist is that the injunction also threatens a leading edge of research that has been championed by foes of the embryonic stem-cell experiments.

In 2007, scientists in Wisconsin and Japan stirred hope for ending the stem-cell controversy by genetically reprogramming human skin cells to revert them to an embryonic-like state. These “induced pluripotent stem cells” or iPSCs, behave in significant ways like their embryonic counterparts.

The hope is that eventually these lab-made cells will eliminate the need for destroying embryos. Researchers are rushing to realize that hope and develop therapies in which the restorative cells could be generated from a patient’s own tissue, thereby reducing problems with rejection of cell grafts.

But they’re not there yet.

The gold standard
It is not at all simple to replicate the amazing process by which the complex human body, with its myriad of fine-tuned functions, grows from a few microscopic cells — how some cells specialize for the work of keeping a heart beating, for example, while others take on the tasks of sheathing the body with skin capable of constantly renewing itself.

The embryonic cells are the real deal, not facsimiles for the start of that process. Thus, they are the gold standard by which the other research is verified.

At the U of M’s Stem Cell Institute, all seven research teams working with the embryonic cells have incorporated iPSCs into their work, Slack said.

Here’s the catch: The scientists need to check each new line of iPSCs against embryonic lines to make sure they have generated cells with the correct properties.

So all of the projects — even those intended to advance the day when embryonic cells won’t be needed — stand to lose federal funding.

Further than Bush
The development that is roiling scientific laboratories began on Monday when Chief Judge Royce Lamberth of the Federal District Court for the District of Columbia issued a preliminary injunction saying federal funding for the research must stop immediately for a court-ordered review.

The judge based his decision on a measure, called the Dickey-Wicker amendment, which has been attached to certain appropriations bills since the mid-1990s. It says, among other things, that federal funding can’t go for research in which human embryos are destroyed or discarded.

That interpretation of the law is more restrictive than was taken by former President George W. Bush who opposed the destruction of human embryos. He did sharply limit federal funding for the research in 2001, but did not shut it off entirely despite Dickey-Wicker.

Now Obama’s administration says it will appeal the injunction. Meanwhile, NIH Director Dr. Francis Collins has said tens of millions of dollars in grant renewals must be frozen, beginning with 22 projects that were scheduled for approval in September, Science magazine reported.

Hailing the injunction
Minnesota Citizens Concerned for Life and like-minded opponents of the research hailed the shutdown in funding for experiments they hold to be wrong on moral, ethical and religious grounds.

“The law clearly is meant to protect human embryos from being destroyed for research and we are glad to see Judge Lamberth recognize this,” MCCL spokesman William Poehler said in an email.

“We must not destroy human life for the possible benefit of others,” he said.

Stem-cell therapies that actually are benefiting patients have not come from human embryos but instead are from so-called adult cells, he said.

“They are the future of medicine,” he said. “Embryonic stem cell research is outdated and gruesome and has not produced a single human treatment, despite tens of millions of federal dollars spent on research.”

The embryonic cell lines used for research originated from leftover embryos that fertility clinics were set to destroy. There’s no ban on destroying them as long as federal funding isn’t involved. Couples who had created the embryos and no longer needed them consented to diverting them for medical research.

But Poehler said that doesn’t make the research morally right.

“Human embryos unwanted by their biological parents can be adopted by infertile couples so that they can continue to grow, just as every other human being who has been born,” he said.

A ball of cells
Scientists doing the research take a different view of the status of the embryo as it exists before implantation when it adheres to the walls of the uterus.

“To me and to most scientists, the pre-implantation human embryo is a ball of cells,” Slack said.

The offspring of many of the cells in that microscopic ball are destined to become part of the placenta. And some carry multiple copies of their genetic material so that two, three or more individuals could be born if all of the copies were to survive.

“You don’t have one human individual,” Slack said.

“Scientists regard these balls of cells as much more akin to human cells grown in culture or blood banks, or organs intended for transplantation,” he said. “They are genetically connected to humans but they are not human beings.”

Study, not destroy
Such early embryos are not destroyed for each stem- cell experiment. Rather, a single cell, once isolated, is nurtured in lab dishes until it multiplies into lines of cells that can be distributed for research.

The operative logic behind Bush’s approval of some limited research was that federal funding would not go for isolating the original cell because that involved destroying an embryo. But it could be used for studies of cell lines that already had been created in private labs.

Obama’s executive order expanding the research did not change that fundamental condition. Public funds would not be used to create new cell lines, but the list of cell lines approved for the funding would be expanded to include many of those created privately after Bush’s 2001 rule.

It was assumed that condition satisfied the Dickey-Wicker ban on funding the destruction of an embryo.

Now, though, the injunction rejects that interpretation and threatens to strip funding from projects going all the way back to 2001.

‘A shuddering halt’
Slack said the institute may be able to raise money from private sources to cover some temporary loss of funds.

“But if this injunction stands for months, and a number of grants go down, then we will be laying people off and terminating work,” he said.

Even temporarily shutting down experiments involving living cell lines is tricky work. Scientists can try to freeze the lines in an effort to preserve their experiments, but the techniques for doing that are not very good, he said.

“The damage depends on how long the disruption lasts,” Slack said.

“The best case is that the government appeals and wins within the next few days,” he said. “If it goes on for a year and all of the grants get wiped out, these projects — whose aim is to cure leukemia, lymphoma and other sorts of cancer, muscular dystrophy and ultimately, hopefully some types of heart disease — these will come to a shuddering halt.”

Sharon Schmickle covers science, international affairs and other subjects. She can be reached at sschmickle [at] minnpost [dot] com.