There’s already some discussion about whether that’s a good thing.

Sure, it’s always nice — as the city’s convention bureau notes — to be mentioned in a book that’s going to sell a gazillion copies and has been lauded by some as “The Next Great American Novel” (although others aren’t sure it rises to that level).

But while Franzen’s portrayal of St. Paul and Minnesota includes some local figures and landmarks, it doesn’t provide much of a sense of place of the capital city. And it paints a grimmer picture of the Ramsey Hill area of the 1980s than St. Paul’s mayor and I remember.

In the early going, main characters Walter and Patty Berglund are renovating an old Victorian on Ramsey Hill. They’re described in this passage as “the first college grads to buy a home on Barrier Street since the old heart of St. Paul had fallen on hard times three decades earlier.”

There is no actual Barrier Street in St. Paul — a couple of local maps and Mayor Chris Coleman himself confirm that. It’s part of Franzen’s fictional imagery, I guess: using the family’s presence in St. Paul as another barrier to overcome.

And surely some of those mansions and big homes in St. Paul’s Ramsey Hill area — between Summit Avenue and I-94, from Dale Street to Cathedral of St. Paul — had seen better days back then.

But probably not as bad as Franzen’s portrayal of the neighborhood on the first page of the novel: 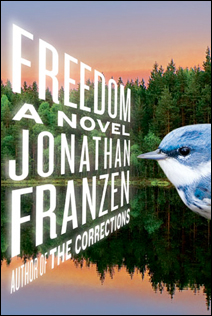 “Early on, some very determined person torched their garage and twice broke into their car before they got the garage rebuilt. Sunburned bikers descended on the vacant lot across the alley to drink Schlitz and grill knockwurst and rev engines at small hours …”

Burned garages and car break-ins — lots of neighborhoods suffer from those. But the sunburned bikers with sausage and Schlitz? Was it that run-down?

“Abandoned lots and motorcycle gangs and Schlitz? I don’t recall anything like that,” Mayor Chris Coleman said.

More from Franzen: “Had anybody in the history of St. Paul ever had a positive experience with a roofer?”

Earlier, a boffo bestseller
Franzen is the bestselling author of the highly regarded 2001 book “The Corrections,” and his new book has been much anticipated, landing him on the cover of Time magazine. The book has been reviewed in all the heavy-hitting periodicals — usually with great praise.

He grew up in the St. Louis area, the setting for “The Corrections” — which won the National Book Award for Fiction and was a Pulitzer Prize finalist.

Apparently, he wanted to set the opening of the new novel in another Midwestern city on the Mississippi River. The protagonists eventually move to Washington, D.C., and there’s lots of New York City action, plus a fair amount at a lake house near Grand Rapids, Minn.

Among the local flavor: Patty played college basketball at the University of Minnesota; Walter went to Macalester College, along with Richard — the third wheel in what turns out to be a way-warped romance. Walter and Patty’s son Joey goes to Central High School, but his girlfriend next door goes to “a small Catholic academy, St. Catherine’s.” We’ve got a real-life St. Catherine University in St. Paul, but no academy.

But hey, it’s fiction
My favorite use of creative license involves former mayors — but not sitting mayor Chris Coleman. This is the ’80s and ’90s, remember.

On page 17: “The city’s mayor, Norm Coleman, had morphed into a Republican and a former pro wrestler was headed toward the governor’s mansion.”

On page 18, Patty is talking with neighbor Merrie about rental houses being sold to people with political connections: “‘I think it sucks, both fiscally and philosophically,” Merrie said. “That’s one reason I’m working with Jim Schiebel [cq].’ “

Taken together, these passages might imply something about Norm Coleman which, in my years as a reporter covering his two terms as mayor, was never raised as an issue. It also implies that Jim Scheibel might have been challenging Coleman for mayor, but that never happened. Scheibel was mayor from 1990 to 1994. He didn’t run for re-election. Coleman succeeded him, serving as mayor until 2002.

And Scheibel’s name is misspelled in the book. 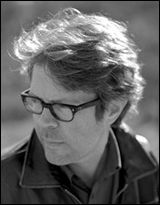 I asked Scheibel, whom I’d also covered as mayor, if he’d seen that he’s mentioned — with a slight shift in spelling — in the book.

I tried to check with Norm Coleman about the book, too, but I haven’t heard back yet.

Other name-droppings in the book: Walter — first a 3M lawyer and then a fundraiser for the Nature Conservancy — “was always handing out great free tickets to the Guthrie and the Chamber Orchestra and telling neighbors about encounters he’d had with famous locals such as Garrison Keillor and Kirby Puckett and once, Prince.”

Just the facts
Last year, when Franzen published an excerpt from the novel as a short story in The New Yorker, a fact-checker from the magazine called Greg Sax of the Minneapolis Area Association of Realtors to check out some of these names and places that have now made it into hardcover.

Noted Sax in a blog from last year:

“Franzen did his research. He knew that Ramsey Hill was a trouble spot in the 1980s and that its revival has strengthened since. The Ramsey Hill neighborhood is noted for its Victorian architecture. The Ramsey Hill Association claims that it is the “second-largest contiguous Victorian District in North America.” It’s a lofty claim, and maybe the word “district” is the key to its boldness. Quick research shows that several cities boast large Victorian neighborhoods.”

More from the book:

“Right, that’s the advantage of growing up in Minnesota. Everywhere you go, the weather will be nicer.”

“According to Blake [a low-brow neighbor], the morning’s KSTP weather forecast had been stupid … the commuters driving the speed limit on Summit Avenue were stupid, the stoplight at Summit and Lexington was stupidly timed, his boss at work was stupid, the city building code was stupid.”

“I’d say anything that uses St. Paul as a backdrop is worth cheering — who knows, maybe people will want to know more and Google us, and find our website,” he said. “That would be. It really does seem that being mentioned in a book that’s going to be so well-read can’t be a bad thing,” he said.

Books on the real Ramsey Hill
And the St. Paul setting seems to be getting some people to buy the book, says Sue Zumberge, manager of Common Good Books, which is, itself, located on Ramsey Hill.

She’s not crazy about the book, though, because of what she feels is a vastly inadequate depiction of the women characters.

“I guess it could be called the Great American Novel if you’re a man and you think this is the way women think,” she said.

And she doesn’t like the depiction of Walter, calling it a “tired old Midwestern stereotype, a hale and fair fellow, setting out to save the world and ending up milquetoasty,” she said.

So how does she really feel about the book?

“The characters, the main premise, the woman’s point of view, their whole relationship: unrealistic. I’m kind of taken aback by the story,” she said.

“But, I chose it as our Book Club book for October, because I want to discuss it with people, see what they think. And it is set in our neighborhood. I want to get others’ read on it, and I hope we get some men to the book club meeting, and I hope they think it’s the best book ever.”

Non-fictional Mayor Chris Coleman hasn’t read it yet but, from what he’s heard, isn’t too impressed:

“There are so many actual great St. Paul authors out there, you hardly need to read this just because it’s set here: F. Scott Fitzgerald, the history of Larry Millett, the fiction of John Camp.”

“But it’s kind of like the RNC: maybe everything isn’t shown in the best light, but it’ll mean a lot of people hear about St. Paul,” he said.

Joe Kimball reports, among other topics, on St. Paul and Ramsey County.

Much of Jonathan Franzen’s new book, ‘Freedom,’ is set in St. Paul, but is that good or bad?