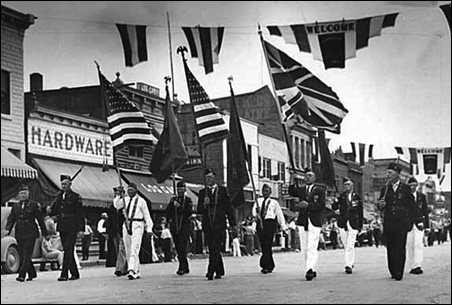 Unemployment is high. Wages are falling. Benefits workers once enjoyed, such as pensions, are endangered or disappearing.

Does this sound like the makings for a happy Labor Day?

Peter Rachleff, longtime labor historian and activist at Macalester College, and Duane Benson, former Republican legislator, former head of the Minnesota Business Partnership who currently is a farmer and executive director of the Early Learning Foundation, were asked what they would say to workers in these times.

What lies ahead? Is the American dream, each generation enjoying more prosperity than its predecessor, over?

Rachleff’s view
Start with Rachleff, who says that the state of American workers is in decline, similar to what happened in the Great Depression, when workers began to lose benefits that they slowly had begun to receive in the Roaring ’20s. It was union organizing that reversed that slide, Rachleff said.

But until workers get beyond such things as racism, organizing will be difficult, he believes.

“When people who think of themselves as middle class start to slide back,” he said, “their resentment is aimed at the people below them. Those are often people of color.”

Rachleff said he saw a prime example of that misdirected anger at a recent event in Austin, where older union members were commemorating the 25th anniversary of their lonely strike against Hormel. Old strike leaders from around the country were invited to attend the event, Rachleff said.

“But the people who organized the event chose to exclude the Latino workers who currently work in the plant,” he said. “There’s a serious anger at the Latinos. In real dollars, they’re [today’s workers] being paid less than workers [(25 years ago]. They’re working harder, and the company is making huge amounts of money. But the perspective is that this is somehow the fault of the Latino workers. That they’re allowing themselves to be used.”

Race is an element of that anger, Rachleff said.

The professor believes that the Tea Party movement is another classic example: It’s sponsored by the wealthy and is a movement filled with white people who have directed their anger at the poorest (usually people of color), not the wealthy.

But race isn’t always a factor in workers being pitted against each other.

“Look what’s happening to the old Northwest flight attendants and baggage handlers,” he said. “They’re seniority rights have been taken away.”

Delta Airlines has stripped Northwest’s unionized workers of benefits, in an effort to be as benevolent as possible to its longtime, non-union employees. Delta, Rachleff said, is clearly attempting to entice its old workforce to reject organizing efforts.

But Rachleff also sees rays of hope for U.S. workers.

He recently attended a meeting in South Minneapolis of custodians. All were immigrants, Rachleff said. All were contract workers for a company that sent them to some of the region’s largest corporations and retail outlets.

“In the last 10 years, their wages have fallen from $11 an hour to $7.25, and their benefits have disappeared,” Rachleff said. 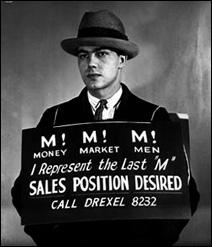 They’ve been pushed as far as they can be pushed, he said, and now they’re attempting to organize in an effort to push back, and that’s the story of the American labor movement.

But it’s not just the immigrant blue-collar workers who are starting to push back, Rachleff said.

Minnesota nurses, in their recent negotiations, “have shown a path” for professional people, have said.

One other point Rachleff would make on this Labor Day weekend:

“Coming out of the Great Depression and World War II, we had an economy based on the idea that workers needed to be able to afford to purchase the products they produce.” In slashing the benefits paid to workers, Rachleff said, corporations ultimately are destroying their own consumers.

Benson’s take
Benson’s talk at a Labor Day gathering would be more esoteric. He says he can’t possibly predict the future, except to say that for working people, it will be vastly different from what we’ve known.

On the downside, Benson believes that such concepts as the defined pension benefit and the lifelong job aren’t likely coming back. He also believes that people will be working to an older age.

“A girl born today can expect to live to 100,” he said. That means that classic mid-60s retirement makes no meaningful sense for either the culture or the individual.

But these changes in the way we work and retire aren’t necessarily negatives, Benson is quick to add. He believes that the U.S. workforce will find more job satisfaction in the future than it has in the past.

“I can’t say what it [work] will be,” Benson said. “I’m sure it won’t be what it has been, but I believe it will be better. … I think people will be more engaged in the work they do. It’s going to be more of an internal thing. Individual effort will mean more. Coming up with ideas will mean more. Individuals will be more empowered. … I can’t put my finger on it. But I’m not afraid. This country and its people always have prospered under every circumstance, and I believe that will continue to be true.”

The era of consolidation, with massive corporations swallowing each other, is going to end.

He sees the unraveling of massive companies in small ways.

When he’s driving down the highways near his farm in southern Minnesota, Benson said the perimeters of the cornfields once were peppered with signs showing that the seeds were a product of monster companies such as Pioneer.

“Now there are all kinds of different companies that I’ve never heard of,” he said. “Small companies selling seed and the product is just as good.”

Benson said until recently, it was assumed that a Minnesota farm had to be at least 580 acres to provide for a family. What he’s seeing now, are small, 80-acre farms that “produce enough to feed 10 square blocks in a city.”

As a member of the board of regents of Minnesota State Colleges and Universities, he sees small things that affirms his belief that future workers are seeking different things from their predecessors.

“I talk to a 20-year-old, and they want to know about things like job satisfaction,” Benson said.

But his MNSCU perspective is also showing him something else: Young men better get their heads in the game.

Benson spoke of how 30 years ago, a Labor Day picnic would have been filled with working men, accompanied by their wives and kids. That’s not going to be the case in the future.

“Women are taking over the world,” he said.

He noted that 60 percent of the enrollees in MNSCU schools are women. At predominately black colleges, such as Grambling, he said, the ratio of women to men is every more startling.

At one point in his life, Benson said he’d considered studying veterinary medicine at Iowa State. He noted that the most recent group of vet grads at that school was 36 women and three men.

“This is an ongoing trend,” he said. “Where are the men? Are they sitting in the basement of their parents’ homes playing their GameBoys?”

(A digression from Benson’s thoughts: AAUW, a national organization once known as the American Association of University Women, is using this Labor Day to push hard for passage of the Paycheck Fairness Act, which, like most things, is stalled in the Congress. The organization notes that women still are paid less — 77 cents on the dollar — than their male counterparts. The organization claims the bill, bogged down in the Senate, would provide greater safeguards against such things as pay discrimination.)

Education never has been more important for U.S. workers. Places such as China will be able to produce some factory products more efficiently than the United States. “Brain jobs” are the future, he said, which is why he’s involved as director of the Minnesota’s Early Learning Foundation.

The Foundation works to get the attention of children — and, of course, their parents — before kindergarten. It’s a position that again has led to Benson being optimistic about a future he can’t predict because what he’s seen is “teamwork” he believes is unique to this country.

“Three groups call more than any other,” Benson said. “We hear from kindergarten teachers who say kids aren’t ready for school. They want our help. We hear from police officers, who are concerned about kids who aren’t making it in school. And the biggest group we hear from are recently retired people who always ask, ‘Where can we help?’ “

The days of wanting to retire early and spending the “golden years” at the golf course are headed the way of the high-paying assembly-line job. Benson said he believes the future will have many more people who semi-retire and then spend their free hours doing volunteer work.

“People want to remain engaged,” he said. “I really do believe that. I know things won’t be like they used to be; I believe they’ll be better.”