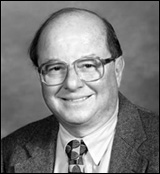 Courtesy of the U of M
Sen. Allan Spear

If the measure of political leaders is the cultural change their work creates, it’s reasonable to conclude that Allan Spear was one of the most powerful and influential people ever involved in Minnesota politics.

Spear, who died two years ago, was a state senator, who in 1974 had the courage to come out and tell Minnesotans he was a homosexual. When his story came out on Dec. 9 on the front page of the Minneapolis Star, a few more doors opened for a long-feared — and, in some cases, hated — segment of society.

He wasn’t the first state legislator to come out. That distinction belongs to Elaine Noble, who was openly lesbian when she was elected to the Massachusetts House of Representatives in 1972.

Book tells his remarkable story
Spear’s remarkable life story is told — mostly in the words he wrote — in the book “Crossing the Barriers: The Autobiography of Allan H. Spear,” [read an excerpt] which is to be released by the University of Minnesota Press later this month. (The University of Minnesota Press is celebrating publication of the book with an open-to-the-public event from 6 to 8 p.m. on Oct. 26 at the Hubert H. Humphrey Center atrium at 301 19th Av. South. A number of political figures, influenced by Spear, will speak at the event.)

Spear had not completed his story at the time of his death in the fall of 2008. The task of completing this wonderful piece of Minnesota history was left to John Milton, who in the 1970s was a state Senate colleague of Spear’s. Milton — who plans to publish by next summer a book on the life of the late Minnesota Senate Majority Leader Nick Coleman, who was a mentor to Spear and many others — was a little overwhelmed by the task of completing the book (labeled an Afterword).

Upon accepting the assignment, Milton had a startling conversation with Spear’s longtime partner, Junjiro Tsuji.

“I asked where Allan kept his notes,” Milton recalled. “Jun told me, ‘He didn’t keep notes.’ It turns out that he would just sit down and write. He managed to pull all of this out of some amazing compartment in his brain. When he did need to fact-check, he’d go to the History Center.”

Spear’s writing had taken him up to 1983, more than three-quarters of this long but worthwhile read.

Milton makes no effort to cover the last years of Spear’s career in the subject’s own words. Rather, he relies on good old-fashioned reporting.

Because Spear had not yet come to the point in his story when the Minnesota Legislature finally amended the state’s human rights statutes to include gays, lesbians and transgender people, it was Milton’s job to tell that part of the story. He does it well.

Powerful story of historic day
It is a powerful story, because March 18, 1993, the day the state Senate finally approved the measure by a 37-30 vote, was one of the most intensely emotional days ever seen at the state Capitol.

“I’ve been told by many people that oppose this bill that sexual orientation should not be included in the human rights law because it is a choice, because it is a choice that people make, and if they make a choice, they can change that choice. Well, let me tell you, I’m a 55-year-old gay man and I’m not just going through a phase.

“I can assure you that my sexual orientation is not something I would choose like I would choose to wear a blue shirt and a red tie today. Why in the world would I have chosen this? … I did everything I could to change: I dated girls, I denied my inner feelings, I sought psychiatric care.

“. . . .I could do nothing about what I was. I did make a choice. My choice had to do with how I would deal with who I was. I chose, after many years of hiding who I was, to be open, to be who I am and to live my life without shame or apology and that’s a choice I’ve never regretted.”

Dean Johnson, the Republicans’ Senate minority leader at the time, also made a personal, powerful and courageous speech on that historic day. Admitting he was “scared” of the political ramifications of voting for expanding civil rights, he said that sometimes legislators were called on to do “the right thing. … We were elected to lead, to do what is right and to do what is just and to seek justice.”

Johnson’s speech bucked up the courage of those legislators who were frightened of a yes vote.

The bill, it should be noted, quickly was signed by then-Gov. Arne Carlson, which tells you how much the Republican Party has changed.

But this is not merely a book about a gay state senator who grew up in the 1950s, although that alone tells a powerful story of how the culture has slowly, but steadily, set aside its homophobia.

Spear also gives us an insider’s view of the Vietnam anti-war movement (he was a Minnesota leader). He gives the reader a different look at race relations (he was a founder of African-American studies at the University).

A wonderful study of messy DFL politics
This is a wonderful study of 35 years of often messy DFL politics. There are tales of the evolution of thought at institutions of higher learning, including the University of Minnesota, where once upon a time some professors held less than noble views of blacks or Jews and certainly would have rejected hiring a young homosexual history professor.

Along the way, Spear even tosses in some recipes. (He loved fine food, wine and classical music, although he understood such elite pleasures sometimes conflicted with his progressive politics.) There are interesting personal tidbits. (He once was in love with a woman.) He names names of those who crusaded against gay rights, often in the name of Christ, in Minnesota.

All in all, it is a powerful personal story and a great history of our times.

But Spear, who had a streak of humility, didn’t get that.

Whenver his friends would encourage him to finish his book, he’d say, “Maybe I should, but who would want to read it? My story isn’t that interesting.”

The wise old prof was wrong about that.

His courageous story proves Sen. Allan Spear was one of Minnesota’s most influential politicians