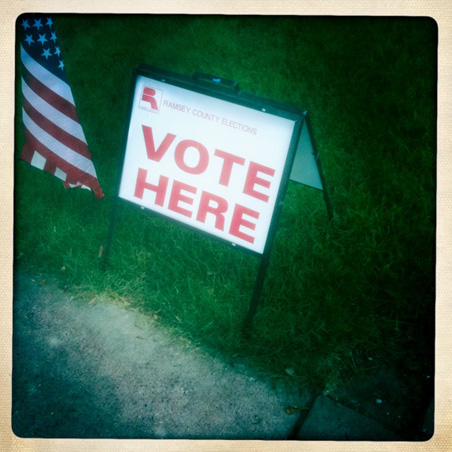 As we take to the voting booth today, the matter of who has been allowed to vote during Minnesota’s 152 years of statehood became a curiosity for me.

My curiosity was triggered, in part, by the relatively baseless debate going on now about “voter fraud” and “election integrity” in the state.

It’s been raised by some folks — a group called the Minnesota Majority — whose affection for inaccuracy seems only to be matched by their intention of limiting who can vote.

It’s also been linked to the belief by some zealots that the 2008 Al Franken-Norm Coleman recount was somehow corrupt.

I will leave that conclusion to others, but I direct all of us to the five members of the Minnesota Supreme Court who upheld Franken’s victory; three of that robed quintet happen to be appointed by Republican governors.

For the fun of it, I dived into the progression of how Minnesota has allowed — or barred — different kinds of people to vote over the years. Now, of course, among others, we continue to bar felons who remain on probation.

It’s no surprise that, in the beginning of Minnesota’s brand of democracy, only white males over 21 could vote.

But there were two notable exceptions in the first 1857 state constitution who also were allowed to vote:

* “Persons of mixed white and Indian blood who have adopted the customs and habits of civilization.”

* And persons of Indian blood “who have adopted the language, customs and habits of civilization, after an examination before any District Court of the state, in such manner as may be provided by law, and shall have been pronounced by said court capable of enjoying the rights of citizenship within the state.”

In talking with Sarah Deer, an assistant professor at William Mitchell College of Law and an expert on American Indian Law, this notion of “habits of civilization” was a term of art nationally. It meant that tribal members would have to show, for instance, they were Christians or had divided their land into individual plots becoming farmer-like, or wore the clothes of white men.

(Members of Indian tribes were not allowed to vote here or in the United States until 1924 when they were granted citizenship.)

Blacks, meanwhile, weren’t allowed to vote in Minnesota either. In fact, state constitutional amendments allowing blacks to vote were defeated by those white-guy voters twice, in 1865 and in 1867. A third try was finally approved by voters in 1868.

In 1875 and, then, in 1898, women received the right to vote, but only on a limited basis; first, for school board issues and later for library board elections.

In 1970, Minnesota got ahead of the rest of the nation and allowed 19-year-olds to vote; a year later, the U.S. Constitution was amended lowering the voting age to 18 nationwide.

But from the get-go, felons have been denied the right to vote. In that very first Constitution, Article 7 read that “no person who has been convicted of treason or any felony, unless restored to civil rights,” could vote. That stands to this day.

In light of all the previous restrictions to classes of people — American Indians, blacks, women, young people — it seems to raise a provocative question: Just who is “Minnesotan enough” to be allowed to vote?

This much we know. It remains illegal for convicted felons who are still on probation to knowingly register and then vote; that is, the citizen must understand that he or she is barred from voting. We’ve written about that a couple of times here, with one case in Minneapolis and another more fascinating case in Crookston.

But Minnesota trails behind many other states in that felon restriction. Twenty states and the District of Columbia have adopted less restrictive rules on limiting when convicted felons may vote; two, Maine and Vermont, allow voting from prison.

A group called the Minnesota Second Chance Coalition points out the problematic nature of the Minnesota’s law. According to Second Chance, as many as 17 percent of African-American men in the state can’t vote because of their felon or probationary status.

Not to get too mushy, but as we head to the polls, we all should savor the right to vote while understanding that history’s trail of electoral freedom is dotted with all kinds of discrimination, still.