Turns out, given the outcome of the election, Tony Sertich was in a perfect spot. He was high in a tree, on family land in woods near Chisholm, waiting for a deer.

No deer passed his stand, which was fine, too.

“I had time to solve all the world’s problems while I was up there,” Sertich said.

Actually, the problem-solving had begun the night before Saturday’s opener of the deer season. The soon-to-be-former majority leader of the Minnesota House was surrounded by Sertiches at the little shack where there is no running water, no electricity. But the place is filled with sweet memories.

This year, the talk in the shack wasn’t so much about politics as it was Grandpa Joe, who died last spring. For decades, deer camp life had centered around this wonderful man, who could tell great stories and make mouth-watering venison stew, which was served over potatoes.

“I couldn’t have been in a better place,” said Sertich, who was a year old when he made his first trip to the deer shack.

A change of plans
Up until last Tuesday, Sertich was the fair-haired boy of Minnesota politics. At 34, he seemed destined to be the next speaker of the House. It was assumed by many that he would be the heir apparent to U.S. Rep. Jim Oberstar, whenever the old Ranger decided to retired.

But in a matter of a few hours, that all changed. The DFL lost majority status in the House, meaning Kurt Zellers will be the next speaker. And Oberstar got retired by the voters. 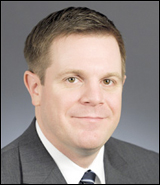 Although some of his colleagues wanted Sertich to remain as minority leader, he quietly stepped aside. That high-profile, low-power position goes to Paul Thissen. Come January, the eloquent, bright, still-young Sertich will be just another member of the minority.

He wasn’t all that interested in remaining in leadership, at least not for the present, he said.

“It takes a toll on your personal life,” he said. “When you’re the minority leader, one of your main jobs is to try to win back the majority. You have to throw your life into it.”

For the moment, Sertich said, he’s going to work hard at being the representative from District 5B.

“Funny part of it is that here [in Chisholm] people keep coming up congratulating me on winning my election,” he said. (He took 67 percent of the vote, down several points from his normal victories.) “They don’t think as much about those other things.”

Things like the big, bright, power-filled future Sertich was supposed to have.

In addition to representing his district, Sertich also said it’s time for him and his wife to start to think about having their family.

The other stuff — where his political future lies — will wait for another day.

“Way too soon to start making decisions,” he said.

There are a handful of DFLers who blame Sertich for the huge losses sustained by the party on Election Night. Others blame the party. Still others blame the obsession so many have with defeating U.S. Rep. Michele Bachmann. (The thinking is if the party members would just give up on trying to defeat Bachmann, there’d be far more resources to spread around to the rest of the races.)

DFL fingers are being pointed everywhere. But Sertich says he’s at peace. It was simply a year for Republicans, both nationally and in Minnesota. The reality of politics, he’s found, is that you’ve got to take the losing with the winning.

Optimistic about the unknown
“There’s an element of the unknown,” said Sertich. “And that’s not a bad thing. If you’re an optimist — and I’m an optimist — you can see positives ahead. I think, in the short term, it will be hell. But there’s nothing written in stone saying that is how things will be in the long term. It’s the unknown that creates hope.” (Laughing, he suggested maybe this long-term, nothing-in-stone business is a product of “the Zen of the deer camp.”

All of this is not to say these post-election days have been easy. It’s painful to see friends, people he considered good legislators, defeated. 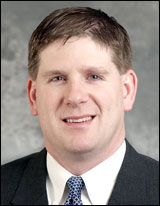 At about 3 a.m. Wednesday, Sertich called Zellers to congratulate him. Though they come from very different political places, the two seem to like each other. They talk of how they dress alike (standard gray suits, white shirts) and even look alike, though each insists he’s the better looking.

“I called him, he was deliriously happy,” said Sertich. “I remember that feeling.”

It was just four years ago that the DFL swept to majority status in the House.

Sertich is concerned about the number of “ideologues” in the Republican caucus, and he fears some of those will end up as chairs of key committees.

And he thinks it’s only a matter of time before the social issues — that Republicans successfully kept out of the campaign — will be popping up on the House floor. He believes that many of the Republicans, who refuse to accept the notion that there’s really a deficit, will suddenly be confronted with something they’re not ready to deal with.

For now, Sertich is trying to stay positive. He’s trying to learn to fill his grandpa’s shoes as a deer camp cook and he’s also still out trying to get his deer.

What does his political future hold?

“I don’t know, but I think it’s too soon to write my obituary,” he said.