Talk to Minnesotans with deep experience in the U.S. Foreign Service, and you hear that WikiLeaks’ daring revelations this week of classified diplomatic cables are a pointless disaster — or, not as bad as they could have been. Definitely a lesson for diplomats in the cyber age. Possibly deadly for overseas sources.

“Outrage and horror,” were the first words Robert Flaten of Northfield said in response to my request for reaction. He was the U.S. ambassador to Rwanda during the early 1990s.

“This is dangerous,” Flaten said. “How do you maintain confidential relationships with people when you are working through a difficult problem if you are going to see it in the newspaper the next day?”

Tom Hanson agreed that the leaks have the potential to set back U.S. diplomacy around the world, but they could have been worse, he said. They apparently do not reveal truly top-secret information or show serious wrongdoing on the part of American officials.

Hanson is a former foreign service officer whose postings included East Germany, France, Norway, the Soviet Union, Sweden and the former Soviet republic of Georgia. Now he lives in the Twin Cities.

Watershed event
There is no precedent that diplomats — or, anyone else for that matter — can draw upon to predict the global fallout from the disclosure of a quarter-million confidential American diplomatic cables, by WikiLeaks — a somewhat secretive organization devoted to disclosing government secrets.

The cables reveal “back-room bargaining by embassies around the world, brutally candid views of foreign leaders and frank assessments of nuclear and terrorist threats,” said the New York Times, one of several news organizations in the United States and Europe that received the cables and published some of them.

The cables expose Arab leaders urging an attack on Iran if it refuses to drop its nuclear ambitions, Americans begging other nations to take Guantanamo detainees and South Koreans anticipating the collapse of the North Korean government. 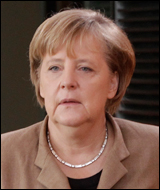 They amplify chatter bordering on global gossip over the partying lifestyle of Italy’s prime minister Silvio Berlusconi, the corruption of Afghan president Hamid Karzai and the steadfast blandness of Germany’s chancellor Angela Merkel.

The one sure thing about the leaks is that they signal a new era for diplomats and journalists alike, Hanson said.

“This is politics and diplomacy and journalism in the age of the Internet,” he said. “It is a watershed event in that regard and a lot of people will be drawing conclusions from it.”

One perspective
Hanson is on the mark in saying that this bombshell of a leak sets off repercussions across journalism and politics as well as diplomatic circles. And it raises new arguments about the unrestrained use of the Internet.

This MinnPost report of reaction from Minnesota is unbalanced in that it focuses on the perspective of people with diplomatic experience. There are plenty of other interesting and important points of view on WikiLeaks’ tell-all philosophy and on journalists’ decisions to go along with the disclosures.

Those other perspectives will be explored in the voluminous analysis that is sure to come. I hope readers will speak to some of them in the comments to this article.

Long-term view
Within the opinion pool reported in this article, I wanted some long-term perspective. So I called Brynhild Rowberg of Northfield.

Rowberg has risked her life more than once for the sake of American diplomacy. The government sent her to Europe to work amid the last battles of World War II — among other reasons, to prepare for setting up an embassy in then-occupied Austria. She worked in Prague during the Cold War. And she rose to the official rank of foreign service officer in the late 1950s when she served in Saigon.

Her “unclassified” adventures, according to a profile [PDF] in St. Olaf Magazine, included “being attacked by a German U-boat while traveling overseas in a naval convoy in 1945 and, 10 years later, a terrorist bomb exploding beneath her apartment in Saigon.”

“It’s catastrophic,” said Rowberg, now 93, when I asked her about the WikiLeaks revelations.

“If this were a perfect world, everything could be all transparent at all times,” she said. “But there are a great many imperfect people, to put it mildly, and dealing with them is hard enough at best….This is going to make almost all diplomacy and also a good deal of business almost impossible to carry on.”

Heats Korean tensions
One set of revelations that could be dangerous at an already tense time are cables discussing back-channel speculation over the collapse of North Korea’s government.

“American and South Korean officials have discussed the prospects for a unified Korea, should the North’s economic troubles and political transition lead the state to implode,” the Times reported. “The South Koreans even considered commercial inducements to China.” 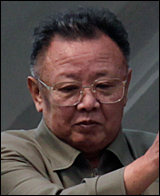 Rowberg was working on the State Department’s Korean desk in 1968 when the North Koreans attacked and captured the American spy ship, the USS Pueblo. Then and now the North Koreans have shown they are extremely sensitive to news reports.

“They are the world’s most difficult people to deal with,” Rowberg said. “Every time there was a newspaper article based on speculation — not anything that we leaked to the papers — we had more trouble dealing with the North Koreans in every way.”

Piecemeal puzzle
Another danger, Flaten said, is that false impressions and conclusions will arise because the information about complex situations is being released in piecemeal fashion without all-important context.

“Spreading all of those things, especially in a leaky way — which means that not everything is there but only certain things — may be giving a totally erroneous impression of what was going on,” Flaten said. “Nobody could read all of that stuff. And in order to read it with any sense you would have to have a certain background.”

Context is important not only for international dealings but also for the way the information is reported to Congress amid treacherous diplomatic waters, Rowberg said.

“Many members of Congress are unsophisticated people to put it mildly,” she said. “They don’t understand that you may have to deal with people you don’t like, don’t trust, but you can’t say that publicly. You can’t do it and expect to deal with them again.”

Legitimate releases
Flaten said there are legitimate and compelling reasons for the release of confidential diplomatic information in specific circumstances.

A case in point is his confidential communications from Rwanda during the early 1990s, just before the eruption of deadly violence consumed that nation. The communications have been revealed in connection with cases before the International Criminal Tribunal for Rwanda, the panel established for the prosecution of people responsible for genocide and other violations of international humanitarian law.

Individuals who had worked closely with Flaten were accused later of conspiracy to commit genocide.

Some of the accused, though, had worked “desperately to avoid the genocide by setting up a power-sharing plan,” he said.

In those cases, the U.S. State Department was asked to open up Flaten’s confidential records to show in detail what had happened.

“Just about everything I wrote over three years — a huge pile of stuff — was declassified,” Flaten said. “There was a process whereby the defense and the prosecution were able to come up with just about everything….The whole picture is there if anybody wants to look at it and see what was said at that time.

Pentagon Papers and more
Even leaks of specific information could be justified in some rare cases where there is reason to believe there’s been a cover-up of vital information, Flaten said.

“This was something done at time of the Pentagon Papers,” he said, referring to leaked documents showing that top policymakers had deceived the American public about the buildup to the Vietnam War.

“People still argue about this, but there was a pretty serious discussion then that government wasn’t telling us what we needed to know,” Flaten said. “In that case one has a choice as to how you deal with it. And if you deal with it illegally that’s a choice you make.”

On the other hand, this “leaky business” is a disaster, he said, because it serves no apparent specific purpose and comes out of context in scatter-shot and incomplete fashion.

Stove-piping revisited?
Before 9/11, such a vast trove of information wouldn’t likely have been with the reach of any one person or organization — even a government organization, said Hanson, the retired foreign service officer.

“I see this partly as a result of the increased sharing of information among agencies and departments in the wake of 9/11,” he said. “Information existed within the system but it wasn’t shared among agencies before that attack.”

Back then, critics said various agencies were “stove-piping” information — securing it within their individual compartments. The upshot was that intelligence about an impending terrorist plot was held in bits here and pieces there. No one could assemble the full puzzle.

“I put this under the rubric of the war on terror, and the involvements in Afghanistan, Iraq and Pakistan,” Hanson said. “There has been this desire to focus on the threat…and to get agencies to share information.”

But this much sharing obviously was not what the government had in mind. And now it’s a safe bet that the priorities and procedures for securing information will be re-evaluated. 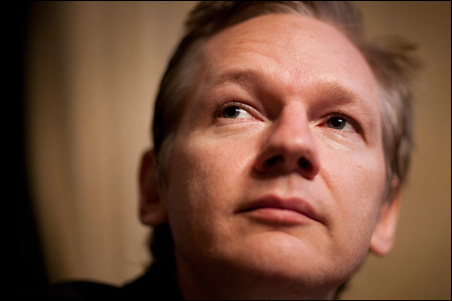 Meanwhile, federal authorities are investigating whether WikiLeaks founder Julian Assange violated criminal laws in the release of government documents, including possible charges under the Espionage Act, the Washington Post reported.

Diplomat or spy?
The leaks also raise questions of whether the United States is blurring the line between diplomacy and spying. The Times reported that State Department workers have been ordered to snoop on foreign dignitaries, gathering personal information like their credit card and frequent flier numbers, presumably for purposes of tracking their travel.

Without speaking directly to such specifics, Tom Maertens said it’s no surprise that foreign service officials around the world were gathering intelligence and sending it back to Washington. Maertens, who now lives in Mankato, worked in American embassies in several countries, and he also was the National Security Council’s director for nuclear issues during the administrations of former presidents Bill Clinton and George W. Bush.

“Of the political intelligence that goes into national intelligence estimates, about 90 percent comes from foreign service reporting,” he said. “Everybody knows that diplomats are in the information-collection business along with the usual duties of issuing passports, negotiating treaties and protecting citizens and so forth.”

Diplomats from other countries do the same and worse, Maertens said.

The real victims of the leaks could be the sources of confidential information whose names might be revealed in the secret dispatches.

“When I was in Ethiopia during the revolution, some things were told to me could have gotten people arrested and who knows — probably summarily executed,” Maertens said.