State economists are located down the hall from the office of James Schowalter, the new Management and Budget commissioner.

But there’s an imaginary wall that separates the economists from their boss.

The economists have their own computers, their own copiers, printers and conference room. The idea is to separate the data the economic analysts compile in coming up with their forecasts from the politics that swirl around them.

The economists will come forward with their next forecast on Feb. 28. Schowalter won’t see that forecast until late in the day on Feb. 27. Gov. Mark Dayton will receive the forecast the next morning before its public release. 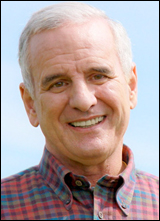 Dayton budget precedes new forecast
This forecast will come two weeks after the governor has delivered his first budget proposal to the Legislature and the public. That means that Dayton is creating his first budget based on November forecast numbers, the numbers that show Minnesota has an estimated $6.2 billion deficit in the 2012-13 biennium.

That’s the deficit Republicans and DFLers have been fighting about. Should it be erased with cuts and new revenue (Dayton’s approach) or by cuts alone (the Republican idea)?

Just about the only thing the governor and legislative leaders agree on is that there will be pain.

There’s something else the new governor and new legislative leaders have in common. They’re moving past the easy part. The rhetoric of campaigns now must be replaced by reality of getting the balancing work done.

Certainly, the rhetoric will continue.

“What is daunting is the culture and the mindset that the government is the first solution to solving any problem,” said Rep. Mary Liz Holberg, R-Lakeville, who, as chairwoman of the House Ways and Means Committee, will become a major player in Republican approaches to balancing the budget. 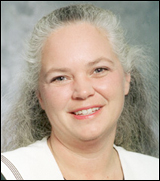 Holberg is bright, funny and seemingly liked by her peers on both sides of the aisle. But she also is a true believer that government has grown too big for the state’s good. Minnesota, she believes, must go back to a time when the “family and the faith community” were the first line of defense in taking on social problems.

She frequently repeats the mantra of Republican gubernatorial candidate Tom Emmer that there really isn’t a deficit. That government will have more than $1 billion more to spend in the upcoming biennium than it has in the current period.

“Why has government been one of the few growth sectors in the economy?” she asks, saying that the 2012-13 out-of-balance budget shows a 28 percent growth rate over the current budget.

Although her own committee won’t begin meeting until later this month, Holberg said a number of House committees already have begun looking closely at how money is being spent by government agencies as Republican leaders begin the hard task of balancing their campaign speeches with the realities of balancing the budget.

All of this is preparation for coming up with a budget to counter the budget proposal made by Dayton.

Sometime in March, the Republican House leaders will give each of their committees budget targets.

For all her belief that government has grown at an “unsustainable” rate, there’s a pragmatic side to Holberg.

“I’m one of 201 [legislators],” she said. She predicted that by the end of the session, she’ll be less popular with her base than she is now.

Why would that be?

True believers don’t want any compromise. And, of course, there will have to be.

“The most comforting thing,” said Robling, who is the new chairwoman of the Senate Finance committee, “is that we’re not on an island. We’re not alone. In fact, there are other states much farther in the hole than us.”

The conference was intriguing, Robling said, because legislators from around the country learned about ideas being tried in other states to balance budgets. Idaho, for example, ordered state employees to take two unpaid furlough days a month as a money-saving measure.

But that’s throwing nickels and dimes at a multi-billion dollar problem. 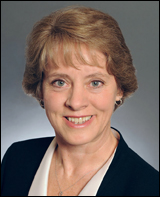 Robling, who is as conservative as Holberg, is also pragmatic. Republican leadership, she said, will fight any tax increase, but there might be other ways of bringing more revenue into the system.

A potential major revenue source could be a reduction in tax credits that are handed out mostly to businesses but also to individuals.

“We will look at everything,” Robling vowed. “Maybe it [a tax credit] was put in place for all the right reasons. But did it work the way it was supposed to? There are a lot of these. JOBZ, did it work? If it didn’t, let’s move on.”

(JOBZ, the Job Opportunity Building Zone, was a pet of Gov. Tim Pawlenty. The idea was to stimulate economic development in rural areas by giving tax credits to companies willing to build or expand outside the metro area. The program was criticized by Legislative Auditor James Nobles and DFL legislators but, in the past, defended by Republican legislators.)

Robling admits that eliminating, or reducing, some tax credits might be perceived as a tax increase by some.

“But one of the problems we have is that once things are in place, they’re seen as entitlements,” she said.

What Robling’s comments would seem to show is that beyond that loud barrier of rhetoric, there is room for political movement.

Gamesmanship a near certainty on both sides
But there also will be considerable gamesmanship going on.

Last week, for example, Sen. Julianne Ortman, who heads her chamber’s tax committee, blasted Dayton’s selection of Myron Frans for state revenue commissioner because he won’t take over the duties immediately as he “transitions” away from his current private-sector business.

DFLers, too, have been playing the noise game.

On the first, mostly ceremonial day of the new session, DFL Minority Leader Paul Thissen introduced a rules amendment that would have forestalled any effort by social conservatives to introduce state constitutional amendments until after the budget is balanced.

“Considering the severity of Minnesota’s economic and fiscal crises,” Winkler wrote in a letter to Dean, “I was disappointed that as majority leader you did not encourage all members to vote for Representative Thissen’s amendment.”

Winkler, of course, released his letter to the media.

This sort of noise will fill the air from now until the session ends.

But now that both the new governor and the new Legislature are entering their second weeks at the Capitol, the victory celebrations have ended, and some quiet work has begun.

All the while, the state’s economists are gathering data that will be the basis for an intense debate that will run deep into the spring.